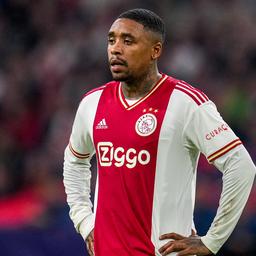 Due to the historic 1-6 defeat against Napoli on Tuesday evening, Ajax is working on its worst series since the late summer of 2017. Just like at the time, the team from Amsterdam has not won four times in a row in an official context.

Ajax, having started the season so strongly, started the series on September 13 with a 2-1 defeat at Liverpool in the Champions League. Five days later, the Eredivisie match with AZ was lost with the same numbers.

Last Saturday, immediately after the international break, Alfred Schreuder’s team was stuck in a 1-1 draw against Go Ahead Eagles in competition. The 1-6 penalty against Napoli followed on Tuesday. Never before has Ajax received so many goals in a European context.

For the last time that Ajax was without a win in four official matches during a season, we have to go back to 2017. At that time, the team from Amsterdam drew twice against OGC Nice in the preliminary round of the Champions League (based on away goals, Ajax was then eliminated after the 1-1 in Nice and the 2-2 in Amsterdam), lost 2-1 to Heracles Almelo in the Eredivisie and suffered a 0-1 defeat at home against Rosenborg BK in the preliminary round of the Europa League.

Incidentally, this winless series even involved five matches without a win if we also include the last game of the 2016/2017 season, the Europa League final that lost 2-0 against Manchester United. During that final battle, Ajax was still led by Peter Bosz, who was succeeded in that summer by Marcel Keizer.

Ajax will continue the season on Saturday at 4.30 pm with a visit to FC Volendam in round nine of the Eredivisie.