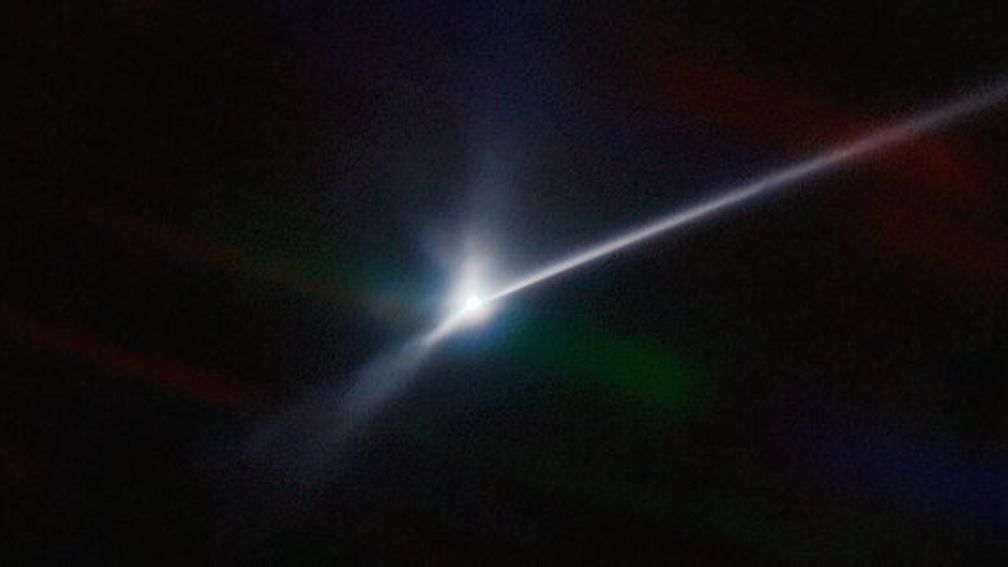 The asteroid Dimorphos, which was deliberately hit by a NASA space probe last week, is now being tracked by thousands of miles of debris from the impact. Astronomers captured the scene millions of miles away with a telescope in Chile.

The image shows an expanding comet-like tail, more than 10,000 kilometers long, made up of dust and other material. The photo was taken two days after the collision.

Scientists expect the tail to get even longer and spread even more, eventually becoming so thin that it can no longer be detected. “At that point, it will be the same as other space dust floating around in the solar system,” Matthew Knight of the US Naval Research Laboratory, who conducted the observation with the telescope, told Reuters news agency.

Dimorphos, a 160-meter-wide asteroid, was hit by the space probe DART at about 20,000 kilometers per hour. The experiment cost all together $325 million.

The collision was a test with which NASA is investigating whether such a maneuver could change the course of an asteroid that threatens to hit Earth. Dimorphos never posed a threat to Earth.

How much the course of the space rock has changed after the collision remains to be seen in the near future.

NASA was very pleased with the mission and also with the images of the impact: