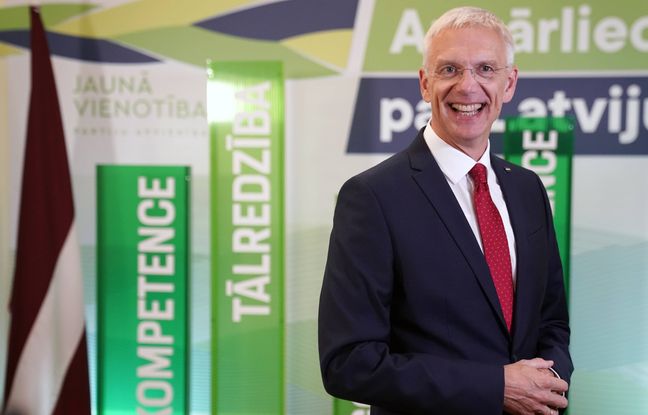 The blow is hard for the parties close to the Russian minority in Latvia. The centrist party of outgoing Prime Minister Krisjanis Karins won the legislative elections, according to the final results published on Sunday evening. At the same time, the historic formation of Russian speakers, Harmony, once powerful, finds itself outside parliament with 4.81%, as does the Russian Union of Latvia (pro-Kremlin, 3.62%).

New Unit of Krisjanis Karins obtains 18.97% of the vote and becomes the first force in parliament, with 26 deputies, according to the Central Electoral Commission. Only one party supported by the Russian-speaking minority, Stabilité!, crossed the eligibility threshold of 5% with 6.80%, securing 11 deputies’ mandates.

A member country of the EU and NATO

The results of the election, which took place in the shadow of the Russian invasion of Ukraine, strengthen the chances of the outgoing Prime Minister of being asked by President Egils Levits to form the next coalition government, in this Baltic country of 1 .8 million inhabitants, member of the EU and NATO. “I think the war in Ukraine has played a lot in favor of Mr. Karins and New Unity, because they are very strong in the field of foreign affairs, which is very important for Latvia from the point of view of national security. said political scientist Filips Rajevskis.

In total, seven parties will be present in the unicameral parliament, which has one hundred seats. Two of them United List (Greens and regional parties, centrists, 11.01%, 15 deputies), and the National Alliance (center right, 9.29%, 13 deputies) seem well placed to join New Unity within of a coalition which would thus benefit from a majority of 54 deputies.

The Union of Greens and Peasants on the sidelines

The Union of Greens and Peasants (centrist and social democrat), which comes in second position with 12.44% and 16 deputies, is not seen by Krisjanis Karins as a potential ally. “New Unity will not enter into a coalition with the parties which seek their political orientations in Russia, nor will we collaborate with the Union of Greens and Peasants. Other options are open,” the Prime Minister told public broadcaster LTV1.

A possible participation of the Greens and Peasants in his coalition would only be possible, he considered, if this party broke with its ally, the oligarch and mayor of the port of Ventspils, Aivars Lembergs, whom he accuses of s to be opposed to cooperation with NATO and to be accused of serious crimes.

Two other parties, the Progressives (social democratic left) and Latvia first (populist) will have one ten, the other nine deputies. President Levits also invited the representatives of the parties that have entered parliament to a meeting on Monday, October 3. Then, explained Krisjanis Karins, talks to build a coalition will focus first on a common program, then on the distribution of ministerial portfolios.