Women PSV and ADO in balance after questionable own goal

View the summary of PSV-ADO The Hague (women)

PSV and ADO Den Haag have drawn 1-1 in the Eredivisie for women. The goal with which PSV took the lead halfway through the second half will be discussed for a long time to come.

In that curious moment, the leading roles were played by ADO keeper Barbara Lorsheijd and the linesman. The former pushed an apparently simple flyout against the back of a fellow player, after which she threatened to invade the near post.

Lorsheijd seemed to manage to pick up the ball just before it had completely crossed the goal line, but the linesman thought otherwise: 1-0.

ADO was not put off and forced the deserved equalizer (1-1) just before time with a placed shot by Jaimy Ravensbergen.

The women of Ajax played off the Champions League elimination against Arsenal with a resounding victory over Heerenveen. Suzanne Bakker’s team won 7-0. 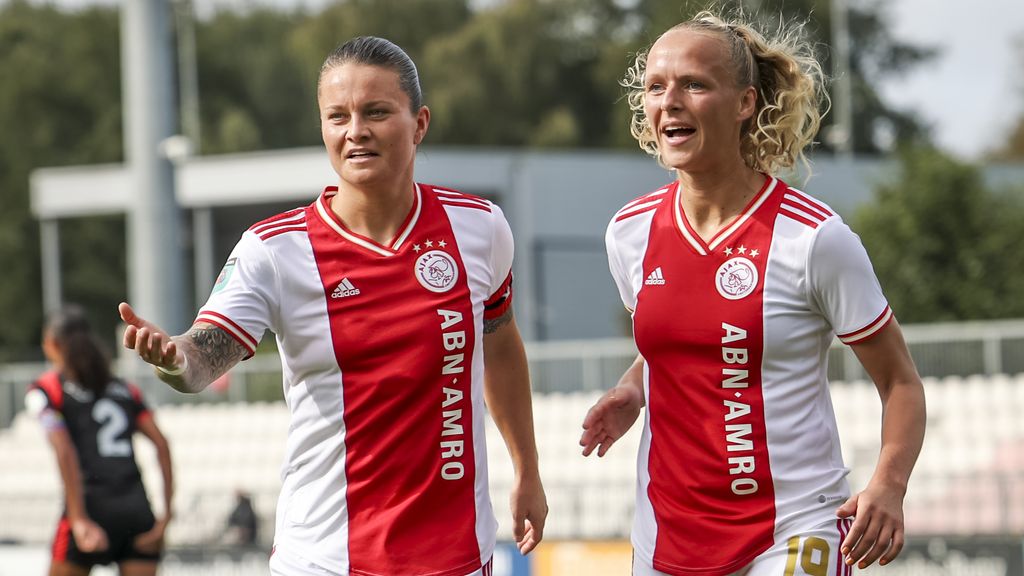