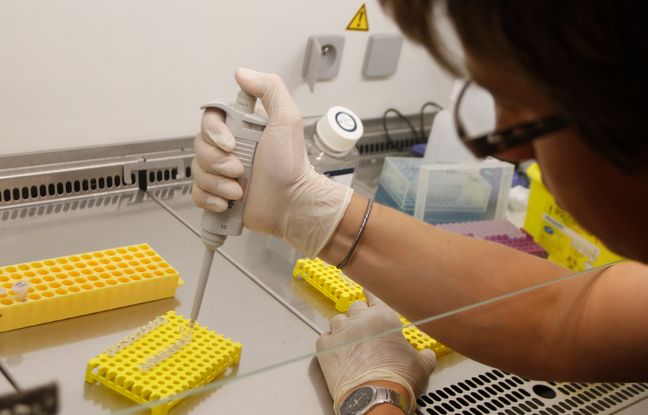 Still no Pi, Rho or Sigma on the horizon. In the calendar of the Covid-19 pandemic, the Greek alphabet, chosen by the WHO to baptize the new worrying variants, remained blocked at the letter Omicron. Ten months after being brought to light, this variant, which imposed itself in a few weeks on the globe, is still dominant, particularly in France.

How to explain its supremacy? Why has it still not been supplanted by a new strain of the virus? Should we talk about the Omicron variant or rather the Omicron family?

If we unwind the thread of the pandemic since 2020, “we first had the original strain of Wuhan. Then a dozen variants, Alpha, Beta or even Delta, followed one another, recalls Dr Benjamin Davido, infectious disease specialist and Covid-19 crisis doctor at the Raymond-Poincaré hospital in Garches. Until November 2021, when Omicron was discovered in South Africa. And for ten months, no new worrying variant has been discovered. A supremacy which is explained by the specific characteristics of Omicron: its very high transmissibility and its immune escape”.

However, to better understand its strength, “we should rather talk about the Omicron family, specifies Dr. Davido. Which is divided into five branches: BA.1, BA.2, BA.3, BA.4 and BA.5, which have themselves generated numerous sub-lineages”. Thus, after a surge of BA.1 causing an exponential outbreak of contamination in France last fall, BA.2 quickly took the upper hand over the other branch, both of which are good at circumventing immunity.

“And after a breakthrough of BA.4, BA.5 quickly rolled out this summer. Many of those who had escaped the virus were infected and at the same time, many reinfections were reported, ”recounts Dr Davido. Even today, Omicron does not give ground: it represents “100%” of positive tests submitted for sequencing, according to the latest flash survey from Public Health France.

If the reign of the Omicron family lasts, it is because “the genetic innovations observed in Omicron have been much deeper, as if it were a new virus rather than a new strain”, said to the New York Times Darren Martin, a virologist at the University of Cape Town, South Africa.

And in the Omicron family tree, the youngest who has been talking about him in recent weeks is the BA.2.75.2 sub-lineage, discovered a few weeks ago. Like its ancestors, it has been able to evolve by adopting “family” mutations – high transmissibility and immune escape – while developing characteristics allowing it to further increase its performance. Clearly, “Omicron is a variant that knows how to reinvent itself to stay,” summarizes Dr. Davido. According to the latest studies, this last sub-lineage has an even greater ability to resist neutralizing antibodies: it further escapes the immunity conferred by anti-Covid vaccines and by infection.

This is confirmed by a study carried out by a team of researchers from the Karolinska Institute in Stockholm, recently pre-published. In lab tests, biologists observed that he escaped twelve of the thirteen antibodies used against him, making BA.2.75.2 the sublineage of Omicron with the greatest immune escape capability, according to Dr. Murrell, one of the co-authors.

A targeted fight against Omicron

However, the health authorities want to be reassuring. “The Omicron sub-lines remain Omicron variants and do not constitute worrying signals from a public health point of view”, estimates Public Health France in its latest weekly report. “You could almost say that the virus is stabilizing, with the same preponderant mutations coming back,” says Dr. Davido. We are beginning to better understand this Omicron family, whose longevity offers a precious advantage for vaccination: Alpha and Delta caused very stealthy epidemics, we did not have a vaccine against these variants because time was against us. There, after ten months of Omicron, we will have specific serums, updated vaccines for a targeted fight”.

“Paradoxically, Omicron has both allowed time to develop vaccines and a targeted control strategy against it, but also forced to perform this update because of its immune escape characteristics, summarizes Dr. Davido. This clearly illustrates the fact that we are dealing with a super variant”.

A large domination, but the emergence of a new variant always possible

“However, the emergence of a completely new variant is always possible”, thinks the infectiologist. But on the eve of the launch on October 3 of the recall campaign integrating the new vaccines targeting Omicron, this scenario of “a new highly contagious variant and with a significant immune escape is obviously the most feared, indicated to 20 Minutes the Pr Bruno Lina, virologist and director of National Influenza Reference Center for the south of France. To date, none have been detected in a significant way on a planetary scale, but this must be closely monitored”.

Because this scenario could loom this winter, fears the European Medicines Agency (EMA). “There could be a whole new variant emerging that we are not able to predict today”, warned in early September the head of vaccine strategy at the EMA, Marco Cavaleri.

Aware of the strength of Omicron, the same EMA “does not exclude” the emergence this winter of new variants closer to the previous sub-variants of Omicron, currently largely overtaken by the BA.4 and 5 lineages. “And Omicron can still evolve and expand its family, believes Dr. Davido. Compared to some variants that preceded it, it circulated more and caused more symptomatic forms and reinfections. So many elements that increase the probability of mutations. We are therefore not finished with this variant”.