The Aptera 3 Gamma is not just any electric car: it is committed to maximum efficiency and autonomy that far exceeds the current highest ranges. It achieves this thanks to fully controlled aerodynamics and integrated solar panels, although its image is, to say the least, peculiar.

And definitely, the latter is the first thing that draws attention. Not only because it is a three-wheeled model (two front and one rear), but also because of the futuristic design that is almost closer to a spaceship. The elongated dome-shaped passenger compartment ends with a narrower, slimmer rear end.

This is not a purely aesthetic decision, because thanks to the choice of a rounded shape (and even the alignment of the wheels), the Aptera 3 has achieved a drag coefficient of 0.13, so low that its air resistance be minimal. The models with the best probability are around 0.25 (0.23 for the Tesla Model 3, for example).

This is one of its main strengths and the most responsible, in addition to a battery with a capacity of 100 kWh and a weight of less than 1,000 kilograms. Thanks to these factors, the Aptera 3 acquires a range of about 600 kilometers on a single charge.

Additionally, the manufacturer has claimed that the Aptera 3 will be able to recover 64 kilometers of autonomy by simply leaving the car parked in the sun.

In addition, others can be added at will (on the hood and in the rear) that would increase the autonomy by up to 39 kilometers. In theory, the Aptera 3 would not require charging for normal daily use. In fact, on its website, the brand boasts of a car that “never recharges”.

The American brand has already opened orders with a deposit of USD$100, with prices from USD$25,900 to USD$50,700, depending on the variant chosen.

Finally, the company expects to scale throughout 2023 to meet the high number of reservations that the manufacturer currently has (currently more than 32,000 reservations).

In February 2022, a company decided to launch the concept of a luxurious ship, which would have the ability to rise on the high seas and cross the skies for up to 48 hours at a time.

The Italian company ‘Lazzarini Design Studio’ announced its project called ‘Air Yacht’ which consists of an extravagant structure with futuristic touches built in carbon fiber that would be equipped with two airships filled with compressed helium, which would allow the giant structure to rise for more than two days at a speed exceeding one hundred kilometers per hour “without emissions”, according to the design team. 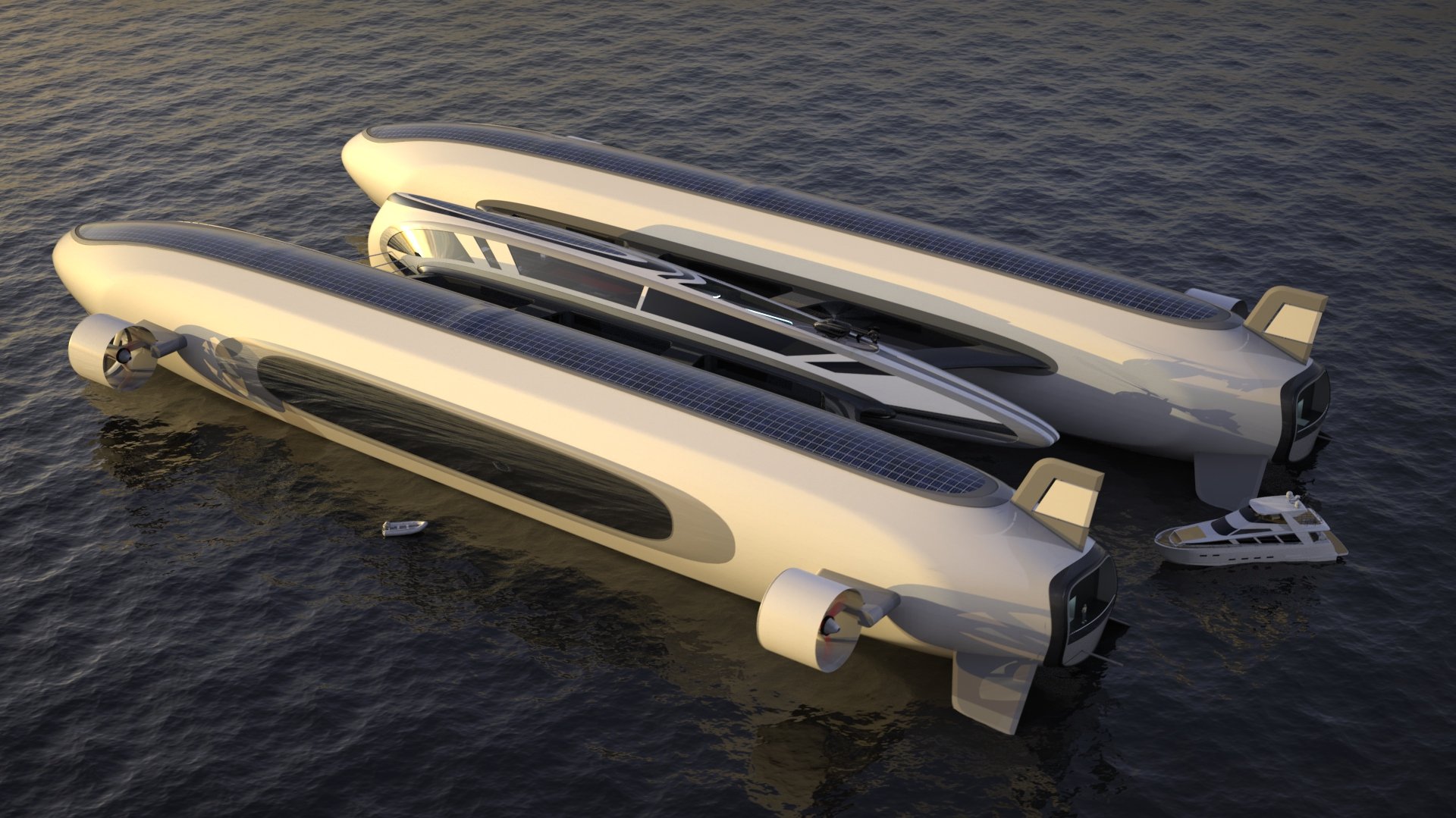 In addition to the novelty of flying, the Air Yacht has been designed for seaworthiness with ‘inflatable basements’ that fill with air as it approaches water, allowing the vehicle to float and be powered by the aircraft’s engines.

The ship would be powered by eight motors powered by ultralight batteries and solar panels, which would point to a 100% electric vehicle. In order to fly, no more and no less than 400,000 cubic meters of helium would be needed. If you want to read the full note, just go to this link.

Few know, but Motorola created this electric Chevrolet Corvette in the 90sVideo: Tesla robots that transport merchandise to the rhythm of Mario BrosVolkswagen vs. Apple: CEO of the German brand says that CarPlay is dangerous for its vehicles