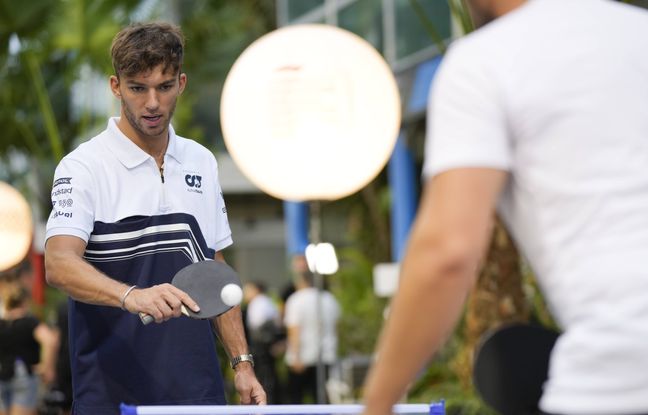 The former Alfa Romeo driver, Antonio Giovinazzi, the promising Nyck de Vries, or even the young academy driver Jack Doohan. But also more improbable names like the retired Jacques Villeneuve, the Canal + commentator Julien Febreau or the actor and former Belgian pilot Stéphane De Groot. Since the announcement of Fernando Alonso’s departure from Aston Martin and the snub of his young protege Oscar Piastri, who finally went to McLaren after a contractual imbroglio, the French Formula 1 team, Alpine, has been testing everyone. Or almost.

All this pretty little world followed one another at the wheel of the A521, the 2021 single-seater of the French team, during these three weeks of break between the Grand Prix of Monza, and that of Singapore, this Sunday (2 p.m.) . For the last three, it was obviously promotional operations. But for the first three, it looked like tests with a view to recovering the steering wheel left free by Alonso next season.

At the beginning of September, Omar Szafnauer, the main team of Alpine confided having “a long list of 14 pilots” likely to occupy the second seat, which was to be reduced to a short list “of three to four names” at the end september. Here we are, and testing of the three riders in Hungary last week seems to confirm this trend.

But to this trio is also added the French pilot Pierre Gasly, whose name has been constantly coming back since the end of the summer to replace the double Spanish world champion (2005 and 2006). A “complicated” file, as the pilot’s agent confides to 20 Minutes . “Pierre has a contract with RedBull which runs until the end of next year. He is willing to work with Alpine, there have been many exchanges with them. But there are a lot of unknowns and it’s not under Pierre’s sole control. »

The central question essentially revolves around the replacement of Gasly at Alpha Tauri, RedBull’s satellite team, as Helmut Marko had admitted in charge of the development of young pilots of the brand with the winged bull. If the track of Colton Herta, an American Indy Car driver, seemed to be the condition for releasing Pierre Gasly, Alpha Tauri finally abandoned this idea a few days ago.

A choice of circumstance to better activate that of Nyck De Vries, the Formula E champion and member of the Mercedes fold, who made a strong impression by ranking 9th at Monza, being only the replacement for Alex Albon? “It’s still business but everyone is in a positive approach. Three or four teams are involved in these discussions and everyone works together”, evades the agent of Gasly

But one thing is certain, it is the French driver’s desire to join Alpine, to form a 100% tricolor tandem with Esteban Ocon. Relations are not idyllic between the two men, but no one sees it as an insurmountable obstacle. “They’re pretty well ahead of Alpha Tauri in terms of performance and rankings, it would be a step in Pierre’s career. He’s been under contract with RedBull for six years, he’s made podiums and won a race. So it would be a progression to join Alpine, ”said the advice of Pierre Gasly. Who hopes to be fixed “within two to three weeks”, as he confided on the sidelines of the weekend in Singapore.