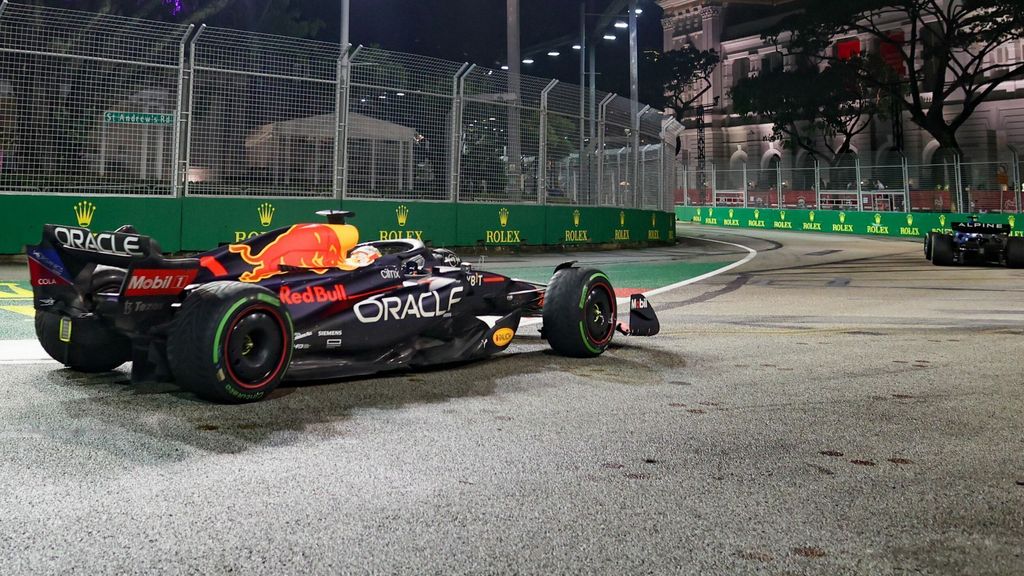 The Singapore Grand Prix was won by Sergio Perez. The Red Bull driver, also the best in Saudi Arabia in March, quickly took the lead and managed to keep his attacker Charles Leclerc off in the final phase. Teammate Max Verstappen did not get further than seventh place after a disappointing race.

Verstappen’s imminent title renewal will therefore have to wait at least a week, although the Red Bull driver will not be sad about it himself. He previously announced that he would rather celebrate the championship party in Japan, because Suzuka is the circuit of Red Bull Racing’s engine supplier Honda.

If Verstappen had wanted to become world champion in Singapore, he should have won the race anyway.

The start of the game was considerably delayed. A cloudburst, accompanied by thunderstorms, put a layer of water on the asphalt in the hour before the lights would turn green. That made racing impossible. Only an hour later than planned was it possible to start on intermediates (rain tyres).

Verstappen had to start from eighth on the grid after a failed qualifying – the team management ordered him to abort his last fast lap because of a shortage of fuel – and was therefore dependent on a catch-up race.

The 25-year-old Limburger usually does not mind that, he already impressively underlined earlier this season in Hungary and Belgium, but on the tight street circuit in Singapore it is a different story. Overtaking is extremely difficult on the five kilometer long ‘Monaco of Asia’ with 23 turns. And now the wetness also played a part. 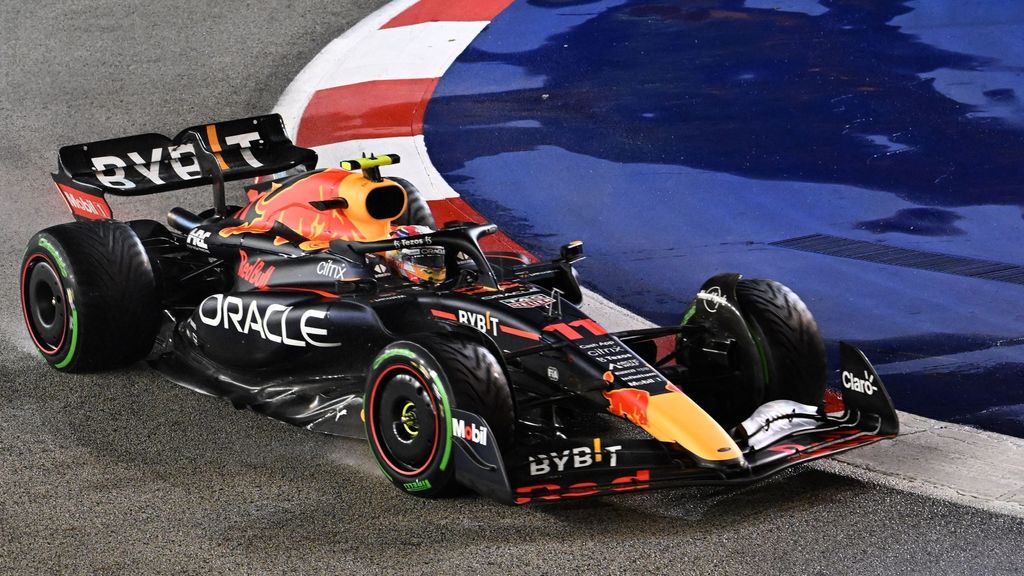 Sergio Pérez has passed Charles Leclerc and is in the lead

A bad start didn’t help either. Verstappen immediately fell back to twelfth place. Up front, his teammate Pérez did better: the Mexican passed Ferrari driver Leclerc, who started on pole position and immediately took the lead.

After a clumsiness by Nicholas Latifi, who seemed to have overlooked Zhou Guanyu, the first dropouts could be noted and the safety car appeared on lap eight. Verstappen, meanwhile, had advanced to ninth place. The race had barely been released when he took both Sebastian Vettel and Pierre Gasly on the first lap.

On a third of his 350th grand prix, Fernando Alonso had to put his car aside and Verstappen moved on to sixth place. Shortly afterwards, Mercedes driver George Russell was the first to dare to exchange the intermediates for smooth slicks, mediums in his case. 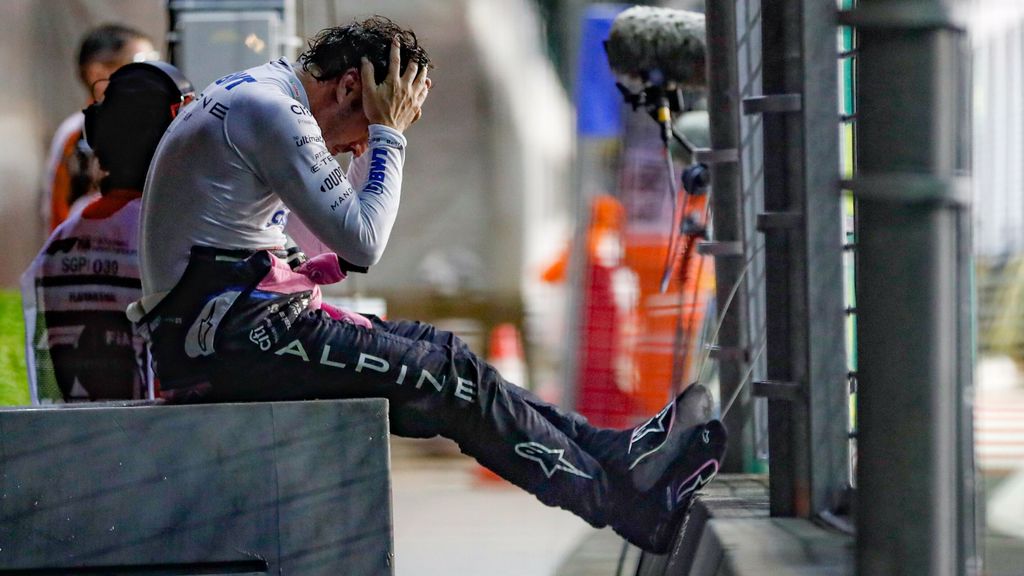 The retired Fernando Alonso is disappointed

“Brave”, said Verstappen when he heard that, knowing that – apart from the track that he thought was still too wet – it would be difficult to get the tires up to temperature. Glide of the Brit in one of the corners seemed to prove the Limburger right.

Up front Lewis Hamilton in his chase for third place from Carlos Sainz ended up in a bend in the boarding. He was able to continue, but Lando Norris took advantage, while Verstappen ended up just behind the seven-time world champion. However, he looked for the pit moments later.

Then, just over halfway through the race, the tire-changing circus started. Verstappen, riding in fifth place, opted for mediums like most. In the meantime, it had also become clear that 61 laps could not be completed, because the regulations stipulate that a maximum of two hours is raced.

The remaining time was not spent on Verstappen. He braked in a corner, was forced to enter the pit and after returning to the race found himself in fourteenth and – due to the six dropouts – last place. Now riding on softs, he was able to start a new advance.

At the very front, Pérez battled out a duel with attacker Leclerc, who seemed to have more grip and also set the fastest lap. In addition, the race management thought the time was right to allow the DRS who had been eliminated until then. However, the wet spots on the track bothered him too much to make a serious attempt to overtake.

Pérez saw the gap with Leclerc grow again. Ferrari speculated on a five-second time penalty that the leader would face for making a mistake in a safety car situation. However, the Mexican did not let it get that far and walked further away from the Monegasque.

Verstappen made quick progress well behind both leaders and eventually finished seventh.