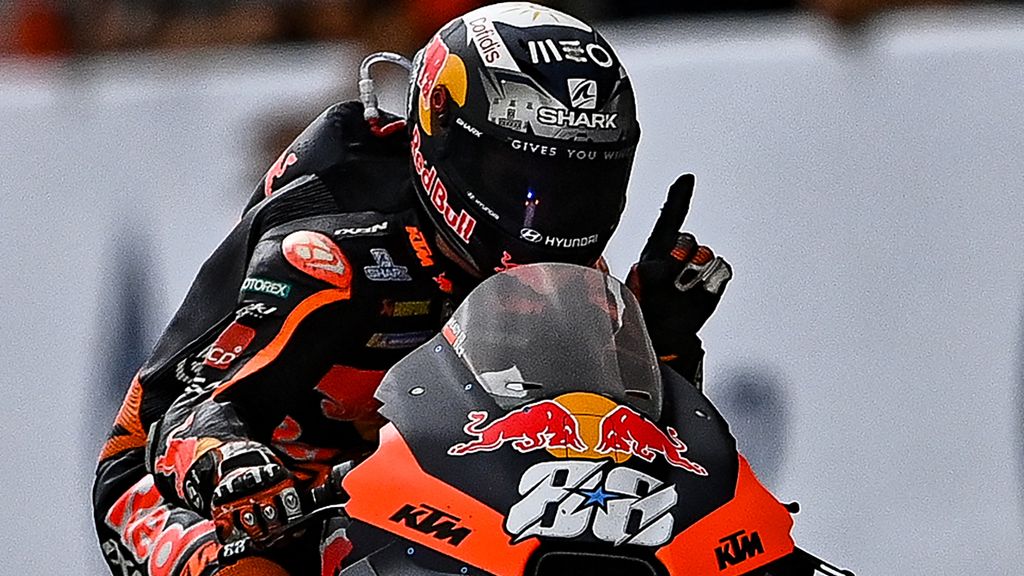 Miguel Oliveira has won the Thailand Grand Prix in the MotoGP class. The Portuguese (KTM) replaced Jack Miller in the lead halfway through the race, keeping the Ducati rider at bay and taking his second win of 2022.

The race at the Buriram circuit started an hour later than scheduled due to persistent rain, which had already affected the Moto2 race before. When the rain had stopped, the track was still wet, but it gradually dried up.

Fabio Quartararo had a bad start on his Yamaha, dropping from fourth to seventeenth place and not scoring any World Cup points. The Frenchman retained the lead in the World Cup position.

Francesco Bagnaia, his closest rival, came in third on his Ducati, taking sixteen points and closing in on Quartararo by two points.

Moto2 falls into the water

The Moto2 race was canceled halfway through the rain. Italian Tony Arbolino was declared the winner. The Dutch Zonta van den Goorbergh (seventeenth) and Bo Bendsneyder (eighteenth) did not score any points.

The race had been reduced to just sixteen laps before the start due to bad weather, but conditions did not improve after the start. The water remained on the track and many drivers slipped on the wet asphalt. After nine laps, the race management intervened and the race was flagged.

The drivers received half the usual number of points for not having covered at least two thirds of the race distance.