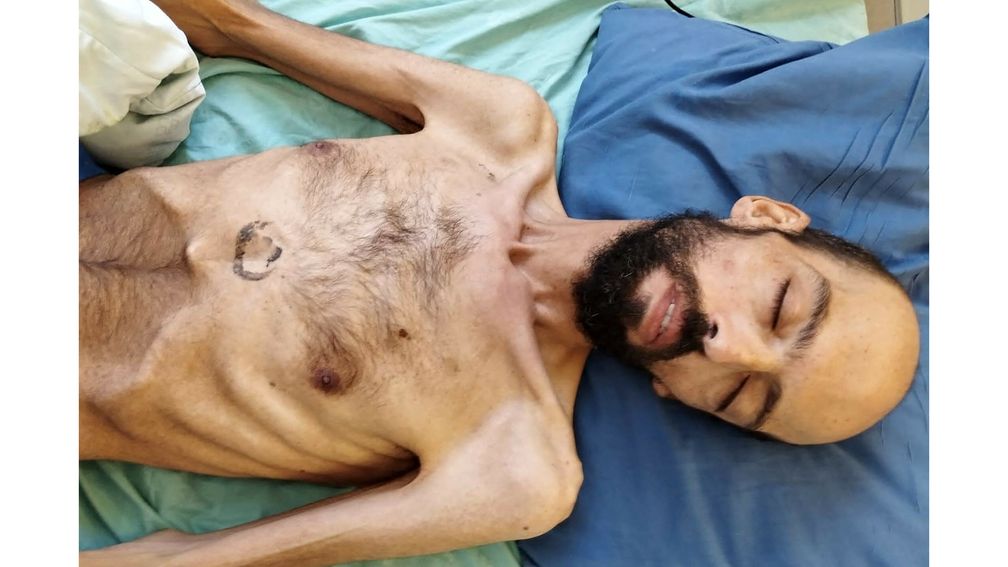 According to his lawyer, he weighed only 37 kilos, 40-year-old Khalil Awawdeh. The Palestinian prisoner had gone on a hunger strike to protest his months-long incarceration by Israel, with no charges brought against him.

And that form of protest seemed to have an effect. Awawdeh was due to be released today after reaching an agreement with Israel to end his detention. The prisoner, according to his family, had been drinking only water for almost six months, except for some salt and sugar. According to doctors and lawyers, he could die at any moment from severe malnutrition.

The story of Awawdeh does not stand alone. Like thousands of Palestinians before him, in December he was placed in administrative detention by an Israeli military court, a form of incarceration without trial. It is a controversial form of detention, because prisoners are not told what they are specifically suspected of and are usually incarcerated for months or even years.

Such a measure is possible under Israeli law if someone has concrete plans to commit a serious crime, and if evidence is better kept secret. According to Israel, in this way terrorist attacks can be prevented, without sensitive information being released.

Khalil Awawdeh, in a picture from late August

And Awawdeh is certainly not alone in that regard. Over the past year, the number of Palestinians in administrative detention has risen sharply. This month, the numbers have risen to a record 798, Israel’s human rights organization HaMoked reported today.

It shows that Israel is applying the measure far too quickly, says activist group director Jessica Montell: “Administrative detention should be the last resort to prevent attacks, but Israel uses it way too easily. It shows that they are worth the effort. can’t even bring themselves to bring someone to justice,” said the human rights activist.

The increase in the number of detainees appears to be part of Israel’s response to a series of attacks earlier this year that left 19 dead on the Israeli side. Since then, the Israeli army has been arresting Palestinians in the occupied West Bank almost every day, claiming to thwart new attacks. More than 80 Palestinians have been killed in those raids.

Some of the detainees end up in administrative detention. In most cases, these are not young people who would have thrown stones at the army, but people who are thought to have links with militant organizations such as Hamas. Most of them have been incarcerated before.

This week, 30 prisoners in administrative detention followed Awawdeh’s lead and immediately declared a hunger strike. They demand that Israel end the detention of people without being told what they are suspected of. Refusing to eat is a strategy that Palestinian prisoners have used for decades against their detention and the conditions in their cells.

“We have seen in the past that hunger strikes can have an effect,” said Milena Ansari, a human rights lawyer for the Palestinian organization Addameer, which works for Palestinian prisoners. “It can reverse the balance of power between the jailer and the prisoner. It is a last resort, but Palestinian prisoners often come to terms with that.”

Back to Awawdeh. In exchange for the promise that his captivity would not be extended, he had started feeding again in late August. And today he would be released. Would, because there was a line at the last minute.

Israel says Awawdeh tried to smuggle a phone into prison from the hospital where he was admitted, meaning he has to be detained longer. How much longer, according to his lawyer, he will hear tomorrow.