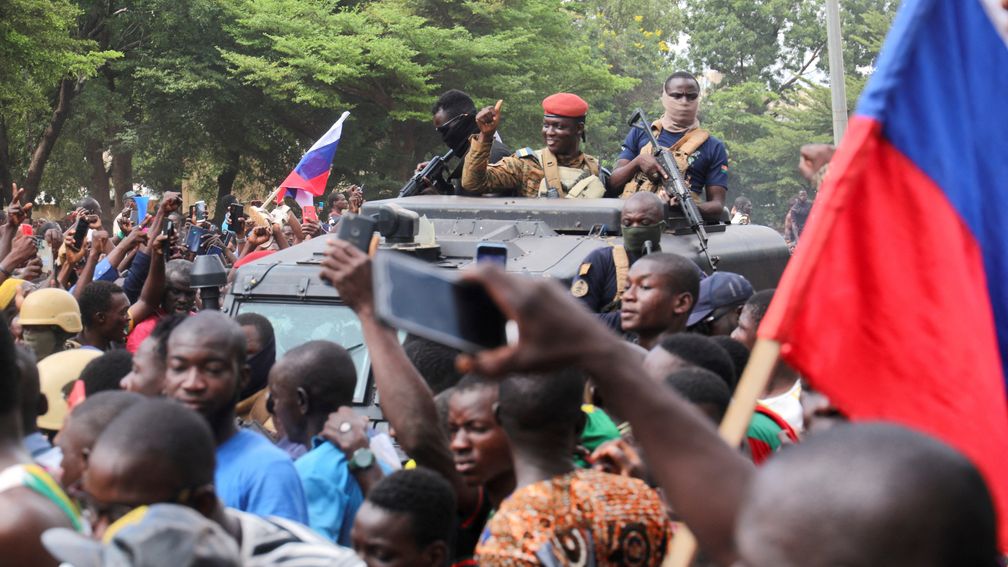 Burkina Faso’s military leadership, which staged a coup on Friday, calls on the people of the country in a televised speech to end the unrest in the country today. Yesterday, angry protesters attacked the French embassy in the capital Ouagadougou. Fighting also broke out.

Today it remained quiet in the capital, except for a number of shootings. The unrest of recent days arose after a televised speech by the new junta leader Ibrahim Traoré on Friday. He announced in this speech that he would overthrow the military government led by Paul-Henri Damiba. Damiba came to power himself less than nine months ago through an army coup.

Traoré also claimed on state television on Friday that Damiba had fled to a French military base. He would be planning a counterattack here. The French embassy immediately denied having anything to do with the situation in the country, or protecting a Burkinabe official.

Yet much anger arose against former colonizer France. Protesters also destroyed the French Cultural Center in the town of Bobo-Dioulasso with stones. The new army command now says it will distance itself “from any act of violence or vandalism, especially those committed against the French embassy or a French military base”.

Damiba made himself heard for the first time last night after the coup attempt. “I call on Captain Traoré and his company to come to their senses to avoid a fratricidal war that Burkina Faso does not need,” he wrote on Facebook.

The political instability in Burkina Faso is accompanied by an increase in jihadist attacks in the country. The Burkinabe government controls only 60 percent of the territory. Groups linked to al-Qaida and IS have gained ground in the country. At least 2 million inhabitants of Burkina Faso have fled the violence.

Damiba has been impeached over his inability to end the violence perpetrated by radical Islamic groups, the new army chief said. The new junta pledges to “refocus all combat troops on the security issue and restore the integrity of our territory”.

The African Union and the Community of West African States (Ecowas) have previously responded negatively to the coup. They argue that Damiba had pledged to restore democracy by 2024 at the latest. “Ecowas finds this power grab inappropriate at a time when progress is being made.”

The US State Department and the UN also condemned the seizure of power. UN Secretary-General Antonio Guterres said “any attempt to seize power by force of arms” is condemned. He also called on all parties to refrain from violence and to engage in dialogue.