The bad news? Lyon will indeed retain its “wart”. The maid ? The Perrache exchange center, which 20 Minutes readers had designated as the ugliest building in Lyon, will get a makeover in a few years. The building will undergo a major requalification, which should allow it to take on a more attractive appearance. A lesser evil…

The Apsys and Quartus consortium will be responsible for leading the operation. An exclusive agreement was signed on Friday with the Métropole de Lyon. The site, which is part of the vast project to open up the Perrache district, will consist of rehabilitating 25,750 square meters of surface area for an amount of 100 million euros.

The “wart” will be partly planed. In other words, only the upper part of the building built in 1976 will be kept for a makeover. It will be a question of upgrading the gardens, relatively unknown, which are on the roof of the building and of establishing 2,000 square meters of vegetable garden. 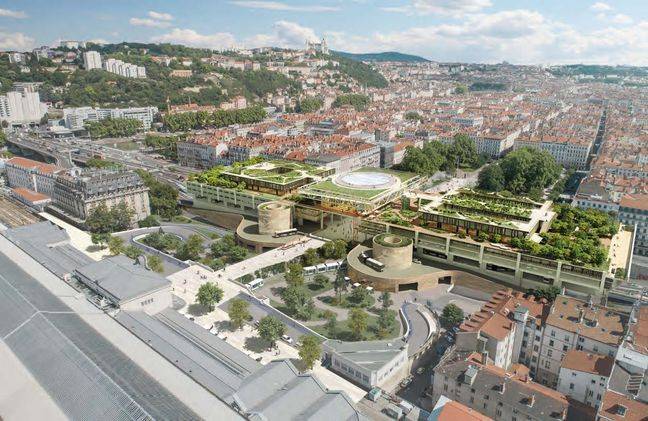 The project will consist of highlighting the green roofs of the Perrache exchange center. – Apsys and Quartus

The lower part of the structure will be completely open to facilitate the north-south crossing, from Place Carnot to those of the Archives. The interchange should also be equipped with co-working offices, shops, catering and hotel space.

Regarding the schedule, the building permit could be filed at the end of 2023 for the first diggers in 2024. However, we will have to wait until 2028, if the work is not delayed, to discover the new face of the clearinghouse.