At a time of rising energy costs, the prospect of being able to produce all or part of your energy yourself if you live in a house using solar panels is exciting. But the investment required is cooling: according to Engie, it takes on average between 9,000 and 12,000 euros the cost of an installation. To reduce the note, Oscaro Power had an idea: to offer complete solar kits to install yourself. 20 Minutes deciphers this offer for you.

Oscaro Power is a spin-off from Oscaro.com. Founded in 2001, the company offers original spare parts for sale to allow everyone to repair their vehicle. With Oscaro Power, the spirit has been the same since 2019: “making solar energy accessible to as many people as possible”, explains Marie Juyaux, general manager of Oscar Power, to 20 Minutes. The company has already sold 10,000 of its solar kits so far this year and expects 15,000 sales this year. “And there, it goes quickly, very quickly. People are convinced of solar, notes Marie Juyaux. But for many, the question now is when they will make the leap. »

Failing to install solar panels ourselves on the roof of our small pavilion in the Parisian suburbs, we nevertheless carried out the classic consumer journey on the Oscaro.com site. Simplicity is key. In just one minute, we had a clear idea of ​​the budget required for a potential future installation.

To do this, you must enter the monthly amount of your electricity bill (we have indicated 80 euros), specify whether you have an electric water heater, electric radiators, a swimming pool and an electric car. But also enter your postal code; choose the inclination of the desired solar panels (depending on where they will be fixed), as well as their orientation. The result does not take long. 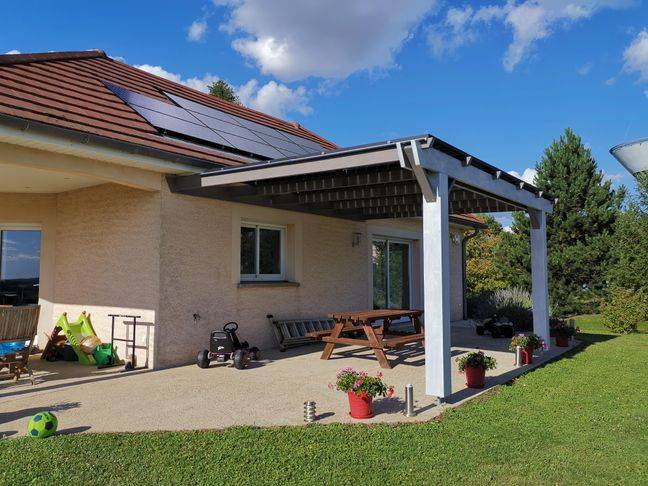 In three seconds, the site recommends the installation of nine solar panels for an estimated average budget of 3,310 euros, or a reduced electricity bill of 470 euros per year. With such equipment, according to Oscaro Power, we would be able to produce 34% of our electrical energy consumption. Not bad.

To sell or not to sell its surplus energy?

It remains to continue the simulation by choosing the location of the panels (roof, pergola, shelter, ground…), possibly the nature of our tiles, but also a model of solar panel. By opting for the recommended TrinaSolar Performance reference (420 Wp), the estimated bill reaches 4,721 euros (for a set of 69 products including panels, cables, fixings, etc.). We are already far from the initial 3,310 euros and the 470 euros in savings per year…

Savings which, on closer inspection, included in their calculation the taking into account of income linked to the resale of surplus electricity produced at ENEDIS. A resale which is based on an optional contract of 650 euros (if you wish to entrust the administrative formalities to Oscaro Power and its partner JPME). Failing this, any surplus electricity produced is returned to the network. Our initial estimate of 3,310 euros explodes and this time goes to 5,371 euros… It’s a bit like with a new car: its base price is often attractive… excluding options!

Be handy and agile

“In the end, our kits make it possible to pay four times less than by going through an installer, they pay for themselves in 4 to 5 years and have a lifespan of 25 to 40 years,” reassures Marie Juyaux. But question: will we be able to climb on our roof and install our photovoltaic kit? 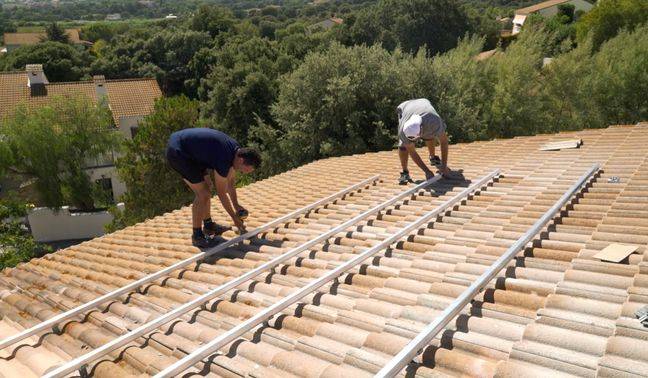 Installing your solar kit requires being a handyman… and agile. – OSCARO POWER

“Yes”, replies tit for tat the general manager of Oscaro Power, “our customers do not encounter any particular difficulties, they are even proud of what they do themselves and sometimes share films of their installation on YouTube “. And Oscaro Power assures that in the event of difficulty, its free customer service, in its offices, “never hangs up without a solution having been found”. Video tutorials are also available. Still, you have to be quite handy, agile… and careful! But the mission does not seem impossible.

Competitors in the ranks

While it certainly allows savings to be made compared to installation by professionals (who can benefit from a reduced rate of VAT), the Oscaro Power solution has its limits, as with any photovoltaic equipment. The electricity produced can only be consumed when it is produced, that is to say during the day, since it is the luminosity that makes the panels work. It is impossible, for example, to recharge your electric car at night if you have not also acquired a battery to store the energy produced by the solar panels. Drums whose entry price is… 6,000 euros minimum! Or, concerning us, a global invoice of 11,571 euros!

“Our customers don’t buy batteries, but quickly understand that it’s better to do their washing machines or recharge their cars during the day, and not at night. In this case, we manage to have days in 100% self-consumption”, specifies Marie Juyaux.

Producing “home” electricity is undoubtedly a trend that will develop. And an indisputable path to the future. Other actors, like Tree Energy are also positioning themselves in this market with self-installed photovoltaic kits, such as Ikea furniture. With four panels to be placed on the ground or on its roof (sold for 780 euros), Beem Energy promises the production of 15% of a household’s electricity consumption.

Before equipping yourself, you should therefore properly estimate your needs and compare the offers, however advantageous they may seem at first sight. Perhaps, first make efforts to reduce its consumption and improve its insulation. And put on a turtleneck.