‘Grendel’ actor criticizes Netflix after canceling series: ‘This could have been a big step’

Actor Abubakr Ali has voiced his opinion on Netflix’s decision to cancel the series Boundary, which has largely already been filmed. The Anything’s Possible star is deeply disappointed and describes the loss of this important step in representation as a cold shower.

Author by day and murderer by night

Ali would star in the new Netflix series Grendel. The series would be based on a comic book series of the same name that was published from 1982. The story is about Hunter Rose, an author by day and a masked assassin by night. A year ago it was announced that Netflix started shooting the film. A total of eight episodes were planned. The streaming service also announced that actor Ali would play the lead role. This would make Ali the first Arab Muslim to play the lead role in a comic strip or as he describes himself on Instagram: ‘The first Arab Muslim hero’.

His dream has now shattered. Filming had been underway for a year when Netflix recently announced that the project is closing. In a message on Instagram, the actor let Netflix know what he thinks about the situation. He writes that he was excited to represent the Arab community and that it is important for him to play a character who is morally in a gray area. He expresses his gratitude to the cast and crew of the series and says there is a space and need for stories like this. He remains positive and still expresses his enthusiasm about the future.

Series can still be seen

Netflix has not yet released much about the decision to cancel the series before its release. The streaming service does allow the producers to look for another network or streaming service that takes over the series. With a bit of luck, the audience will still get the chance to see what Ali and the rest of the cast have worked so hard on last year. 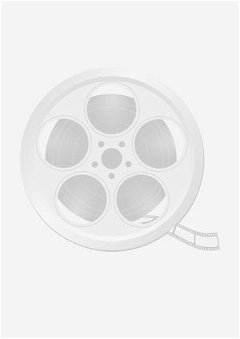 Grendel is a successful writer, but in the underworld he is known as Hunter Rose, a hit man.