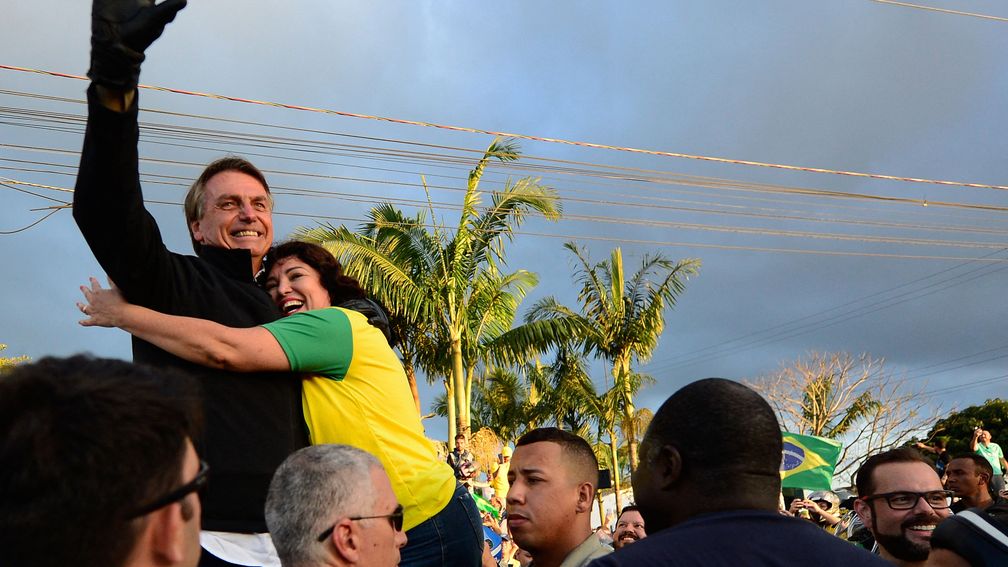 Today, about 156 million voting Brazilians are allowed to go to the polls. They elect not only a new president, but also a new Congress. The battle for the presidency will mainly be between two arch-rivals: the incumbent far-right president and former army captain Jair Bolsonaro (67) on behalf of the Liberal Party (PL) and the left-wing former president Luiz ‘Lula’ da Silva (76) of the Workers’ Party (PT).

According to the most recent polls, Lula leads the way with 50 to 51 percent of the vote, with Bolsonaro likely to get 36 to 37 percent of the vote. If this result is correct, Lula could be elected president in this first round. To achieve this, a majority of the votes is required. If this fails, there will be a second round on October 30.

Brazil’s next president will be inaugurated on January 1, 2023. The current president, Bolsonaro, has had a conservative agenda for the past four years, meeting powerful evangelists in Congress, landowners and the Brazilian business elite. Thousands of soldiers were posted to various ministries as well as to local authorities.

Bolsonaro relaxed gun laws, arguing that citizens have the right to self-protection and thus fight crime. The result was a huge increase in the number of weapons in Brazil. In the fight against drug cartels, the Bolsonaro police were given a free hand to take tough action, which caused many civilian deaths, especially in the favelas in Rio de Janeiro, where a drug war has been raging for decades.

There was great criticism of Bolsonaro’s corona policy. He downplayed the pandemic, calling it a “flu” and acting slow and lax to bring in vaccines. Covid-19 killed more than 600,000 Brazilians and plunged Brazil into a deep economic crisis that the country is still in the midst of. Brazil was impoverished and some thirty million Brazilians were starving, something that had been virtually eliminated in Brazil.

There is also national and international commotion about Bolsonaro’s policy and vision for the Amazon. He emphasizes the economic importance of the area and encourages agricultural and mining activities to the detriment of the forests. Over the past four years, deforestation has increased by an estimated 80 percent. There were more wildfires and violence against environmentalists, indigenous leaders and journalists in the Amazon increased.

Bolsonaro’s opponent, former president and former union leader Luiz ‘Lula’ da Silva, hopes for a political comeback during these elections. Lula was president between 2003 and 2010, at a time when the Brazilian economy was growing, partly due to the growth of commodity exports and oil extraction. But Lula could not be re-elected after two terms, after which his successor Dilma Rousseff came to power.

Lula was also convicted of corruption. Although he was a favorite in the 2018 elections, he was unable to participate because he was in prison at the time of the election. This paved the way for Bolsonaro to win the election at the time. In 2019, the Supreme Court ruled that Lula’s incarceration was unlawful: all charges were dismissed and Lula was released.

These elections are the most polarized elections since the return to democracy in the mid-1980s. Brazil is completely divided, and tensions have been mounting for weeks. It led to several acts of violence and even deaths: in recent months, three of Lula’s supporters were killed by so-called ‘bolsonaristas’, supporters of President Bolsonaro. murdered.

“It is noticeable that the aggression is mainly on the side of the Bolsonaro supporters. I would not advise anyone to go out on the streets in party colors now. It can be dangerous,” said political scientist Marilia Closs, of the State University of Rio de Janeiro. janeiro.

According to her, the toxic climate also has to do with Bolsonaro’s attitude around these elections. “He casts doubt on the reliability of the ballot, for example by asking whether the electronic system that Brazil has had for years is reliable. He does not believe the polls and has already indicated that he does not accept defeat. That is very disturbing. He fuels an already polarized and violent election campaign,” she said.