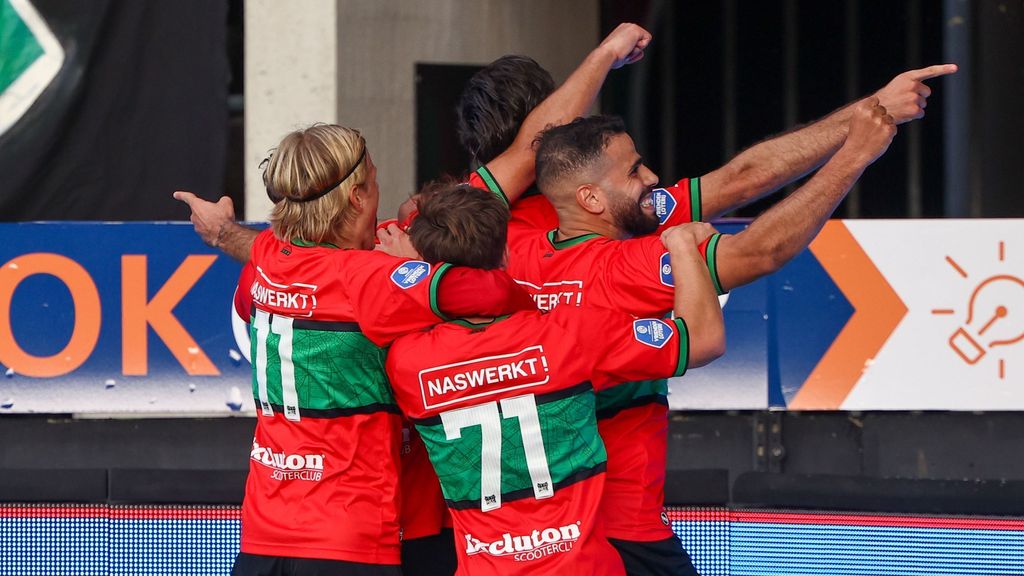 After PSV and Ajax lost points, Feyenoord also failed to book a victory this weekend. Arne Slot’s team did not go further than 1-1 when visiting NEC. For NEC, that is the sixth draw in a row.

Feyenoord started the game strongly. The team from Rotterdam already had the chance to open the score via a header from Danilo, but Jasper Cillessen was in the right place. Shortly afterwards, however, the NEC keeper had no answer to a dry blast from Quinten Timber (0-1).

NEC was not upset, looked for the attack where possible and struck when Feyenoord was temporarily in the field with ten men because Marcus Pedersen was treated on the sidelines for a blood lip.

After a cross from Oussama Tannane, Iván Márquez slipped the ball into the goal (1-1). Already the second goal this season for the central defender of NEC, who had never scored in 99 league games at the highest levels in Spain, Poland and the Netherlands until this season.

No more making a fist

After the break Feyenoord could no longer make a fist. NEC still provided the most threat, although there were no great opportunities. Tannane was the closest to a hit, but he fired from a distance into an empty target, while Landry Dimata just fell short to slide in a cross.

It has been almost two years since none of the traditional top three clubs achieved a victory in an Eredivisie round. At the beginning of December 2020, Ajax lost to FC Twente (1-2), while Feyenoord and PSV drew against Heracles (0-0) and Heerenveen (2-2), respectively.