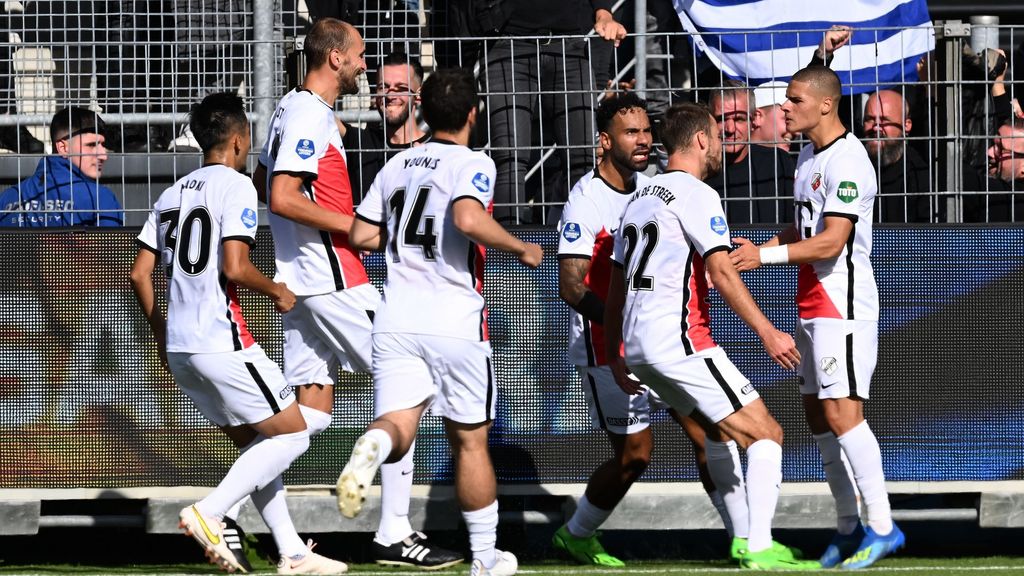 FC Utrecht has booked a narrow victory at Excelsior. A header by Sander van de Streek made it 1-0, with which Utrecht was richly rewarded.

Excelsior started strong, with two chances for Mike van Duinen, a dangerous free kick by Julian Baas and a big chance for Kenzo Goudmijn. After half an hour things started to run better at Utrecht.

Utrecht insisted and Bas Dost and Mark van der Maarel were close to scoring. That goal came moments later from a corner by Can Bozdogan. Sander van de Streek hit the target in the crowd. It was his first goal of the season.

More opportunities followed before half-time. For example, Dost failed to make his sixth season goal: only in front of goal did he encounter the fists of Excelsior goalie Stijn van Gassel. In the dug-out, trainer Henk Fraser could not believe his eyes.

Excelsior on the hunt for an equalizer

Excelsior also took matters into their own hands after the break, but there were no great opportunities. Marouan Azarkan shot the ball just over the goal, while Couhaib Driouech shot the ball out of the stadium, much to the amusement of the crowd.

In injury time, Excelsior still hoped for a penalty when Mike van Duinen seemed to be overthrown by captain Van der Maarel. However, referee Richard Martens and the VAR ruled not, after which Van Duinen killed another shooting opportunity in the final second.