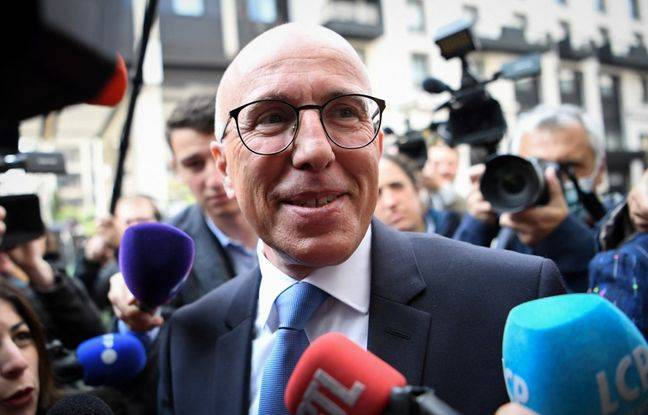 A year ago, Eric Ciotti was the “Mister security” of the right. Long confined to sovereign subjects, the deputy of the Alpes-Maritimes is today the big favorite to take the lead of the Republicans at the next congress, scheduled for early December.

His main opponents are the boss of LR senators, Bruno Retailleau, and the Lot deputy Aurélien Pradié *. Beaten dryly in the second round of the primary in December 2021 against Valérie Pécresse, can Eric Ciotti this time break the glass ceiling?

“It corresponds to what the militants want”

“Our family is now threatened with extinction” and rather than “homeopathy”, we need “shock therapy”. The MP for Nice has been leading a campaign since July in line with that of last year. A very firm line on security and immigration, accompanied by a tax cut of “at least 125 billion euros” over five years. Above all, Eric Ciotti defends a muscular language, which “does not give in to political correctness”.

“It corresponds to what the militants want: an assumed right, without complex or taboo, in the spirit of the RPR, assures Guilhem Carayon, president of the Young Republicans and support. We don’t want to be the soft center, symbol of Emmanuel Macron’s immobility. If we are not clear enough on the line, people turn away from us”. This smashing style had allowed him to stand out during the LR primary and to come out on top in the first round, to everyone’s surprise (25.59% of the vote). But in the second, an anti-Ciotti front had prevented him from being a presidential candidate (60.95% for Valérie Pécresse).

Too right to win?

Its positions on a “French-style Guantanamo” or the right of blood, just like its proximity to Eric Zemmour, could once again cost him dearly in the final sprint. Especially since the unexpected candidacy in early September of Bruno Retailleau, on a similar line but with a less divisive style, reshuffled the cards. “When Ciotti was alone in the race, you could think he was going to win easily against Pradié. But with Retailleau, many hesitate because he has a wider range of subjects, without being less vocal on sovereign issues, ”advances an LR executive in the team of the senator from Vendée. The latter has already garnered significant support: Gérard Larcher, François-Xavier Bellamy, Philippe Juvin, and even the former spokesperson for Eric Ciotti, Senator Stéphane Le Rudulier.

“There is a growing gap between the big barons and what the grassroots want. We will see it even more in this election, ”sweeps Guilhem Carayon. “We are not designating a presidential candidate this time, but a president to keep the party alive. Retailleau says the same thing as Ciotti, but in a senatorial way, smiles Eric Pauget, deputy of the Alpes-Maritimes. We need a strong voice. And Ciotti is the only one capable of breaking the media sound barrier, ”adds this former support of Valérie Pécresse.

But among his opponents, there are some signs of feverishness in the big favorite of the ballot. Like his enamored declarations to Laurent Wauquiez, still very popular on the right, whom he intends to nominate a candidate for the presidential election… from 2023. “The mass is not said. He went all-in with the Wauquiez card, seeing that the Retailleau candidacy could cost him, it is an admission of concern ”, wants to believe a support from Aurélien Pradié. Eric Ciotti also tried to distance himself in July – at least as he could – with Eric Zemmour. Not enough to reassure Hervé Morin, the boss of the Centrists, who threatened to leave the alliance with the right in the event of the Niçois taking power. So, in the camp of Auriélien Pradié, we hope to take advantage of an “everything but Ciotti”.

“This shallot race between Ciotti and Retailleau on a very conservative line, we have been testing it for ten years, it is leading us to defeat, says Pierre-Henri Dumont, MP for Pas-de-Calais. It’s good to have fun with speeches from the podium. But our role is not to tell activists what they want to hear, it’s to win a majority to lead the country. »

Still, it is the LR members who hold the crown. And in recent months, their number has melted like snow in the sun, from 130,000 during the primary to nearly 60,000 today. This narrowing of the base could benefit Eric Ciotti, who has a significant weapon in his conquest of the movement: the powerful federation of the Alpes-Maritimes, once again the first in the country.

* The mayor of Orléans Serge Grouard and the ex-juppeist Virginie Calmels are also in the running. The candidates will have to gather 10 sponsorships from parliamentarians and 485 from members to be officially in the race.