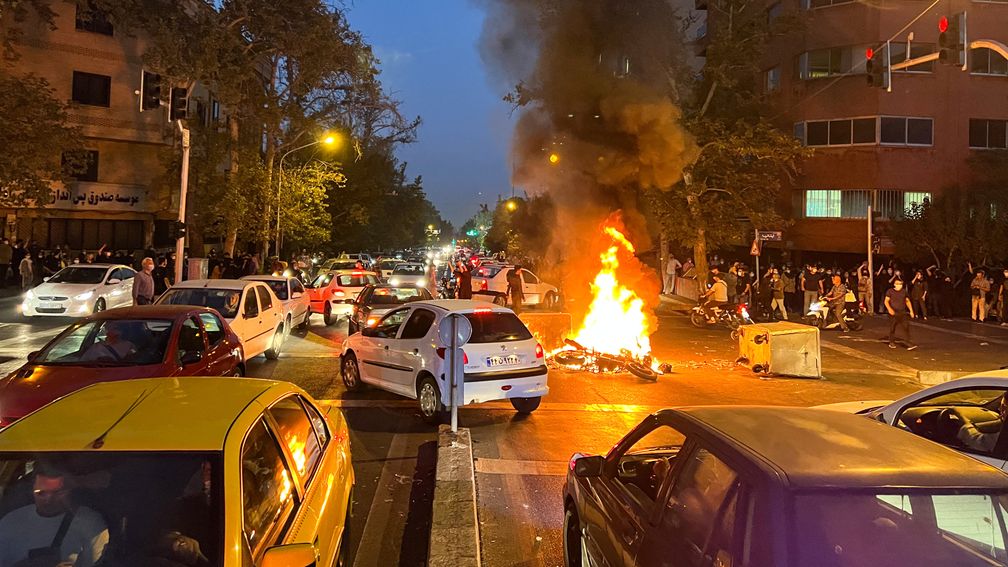 At least 92 people have died in Iran since protests broke out over the death of 22-year-old Mahsa Amini. The Iranian human rights organization reports that IHR, which operates out of Norway. Meanwhile, the Iranian parliament speaker calls for tougher action against the protesters.

The death toll has not been independently verified. Iranian state television speaks of 41 dead and Amnesty International previously spoke of 53 confirmed deaths. The dead include protesters and members of the security forces.

Amini died on September 16 after she was arrested by the morality police. The Iranian-Kurdish would not have covered her head properly. According to eyewitnesses, she was mistreated after her arrest and died after being in a coma for three days.

The incident sparked massive demonstrations. Thousands of people took to the streets in several cities. Women across the country took off their veils and cut their hair in protest.

’41 killed in another protest’

According to the human rights organization IHR, 41 more people were killed in protests in southeastern Iran on Friday. In the town of Zahedan, on the border with Pakistan and Afghanistan, people took to the streets after a local police chief allegedly raped a 15-year-old girl. Authorities say 19 people have been killed.

For more than two weeks, large demonstrations have been taking place in Iran every day. The protests started in the western regions but have since spread to the whole country.

Iranian Parliament Speaker Mohammad Bagher Qalibaf said today the protests could destabilize the country. He called on the security forces to crack down on those he believes are endangering the security of the country.

According to Qalibaf, these demonstrations are intended to overthrow the regime. According to him, the current protests are different from previous protests by, for example, teachers and pensioners, whose aim would have been to implement reforms. “I ask all protesters not to take to the streets with the aim of bringing down the system.”

The parliament speaker was previously an influential commander of the Islamic Revolutionary Guard Corps. Together with President Raisi and the head of the judiciary, he deals with all the important issues of the country on a daily basis. The three have regular contact with each other and also speak with the spiritual leader Khamenei, who has the last word on all state affairs.

Qalibaf says opposition groups based abroad are encouraging protesters to destabilize the country. The Iranian authorities provide no evidence for this.

Meanwhile, it is not only in Iran that people take to the streets in protest against the morality police. Since Amini’s death, demonstrations have taken place all over the world. Yesterday people took to the streets in Amsterdam and Eindhoven to show their support for Amini. It was the third time in a week that demonstrations were held in the Netherlands.

Middle East correspondent Daisy Mohr made this report last June about the increasing isolation of Iran under conservative President Raisi. This widens the gap between conservative and progressive Iranians:

In Iran: from conservative hardliners to combative women