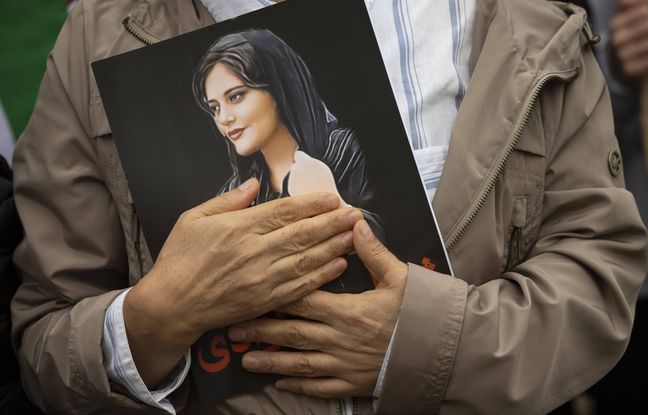 The balance sheet is getting heavier. At least 92 people have been killed in Iran by the crackdown on protests that erupted two weeks ago after the death of Mahsa Amini, arrested by morality police, the NGO Iran Human Rights (IHR) said on Sunday. In addition, 41 other people died in clashes Friday in southeastern Iran, in a border region of Afghanistan and Pakistan, added the NGO citing local sources, without it being possible to know to what extent this violence is linked to the death of Mahsa Amini at the age of 22.

The protests in Iran, the largest since 2019, were sparked by the death on September 16 of this Iranian Kurd, three days after her arrest for violating the strict dress code of the Islamic Republic which notably obliges women to wear the veil.

Demonstrations took place on Saturday in several universities in Iran to denounce the deadly crackdown on the protest movement sparked by the death of Mahsa Amini arrested by the morality police sixteen days ago.

Rallies have also been organized around the world in solidarity with the movement, since the death of the Iranian Kurd on September 16, three days after her arrest for violating the strict dress code of the Islamic Republic which in particular obliges women to wear the veil. Solidarity rallies, attended by the Iranian diaspora, were held in more than 150 cities on Saturday, organizers said.

Tens of thousands of people demonstrated Saturday in Montreal and in several Canadian cities, including Vancouver, Toronto and in the capital Ottawa. In Berlin, more than 1,000 demonstrators held up placards denouncing the Iranian regime, while in Brussels more than 2,000 people gathered and two Iranian women living in Belgium shaved their heads in protest. Other demonstrations took place in Rome, Madrid, Athens, Bucharest, London, Lisbon, Warsaw and Tokyo, demanding “justice” for Mahsa Amini and denouncing the “dictatorship” in Iran.

The power, which denies any involvement of the police in the death of the 22-year-old young woman, arrested hundreds of demonstrators, described as “rioters”.