After the break for the FIFA Date, the ball is rolling again in Ligue 1 and one of the most attractive matches of the day will take place at the Princes Parkwhere the constellation of stars of Paris Saint Germain looks to take another step towards the title in their clash against irregular Nice.

PSG did not start out comfortable at all, it was difficult for them to progress on the field of play and prevail in individual duels to win the ball. The visiting team appeared well planted in the opening minutes, with the experienced Dante marking the youthful Ekitike very closely. The Eagles they created numerical superiority in the midfield to have control of the fight.

Leo Messi had the first clear chance at 11 minutes with a distant shot from a free kick that went close to the right post. It was just a lukewarm approach for a Parisian team that showed some problems in regularly appearing in the rival area, although it was also an announcement for the opening of the scoreboard. 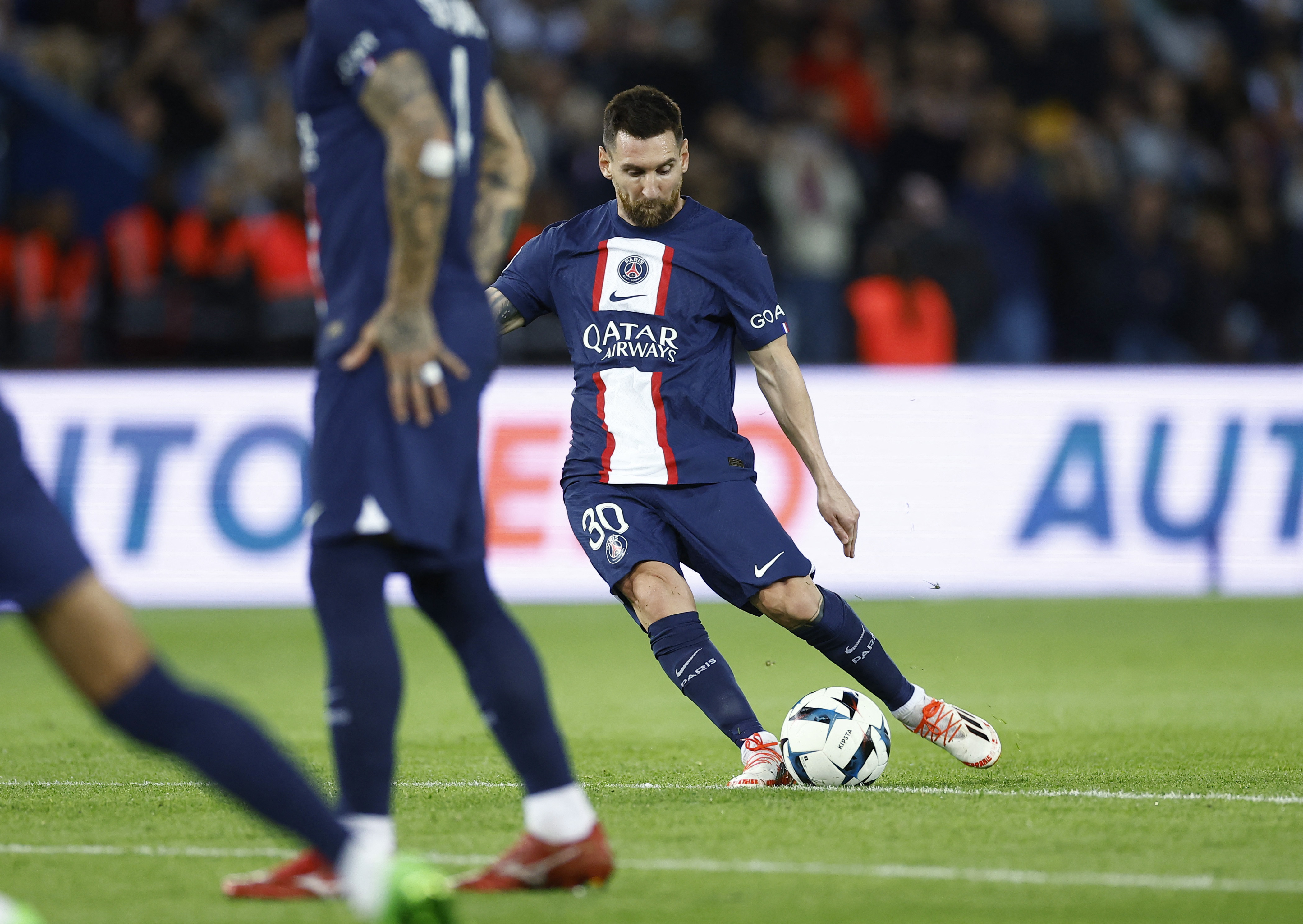 At minute 26, The flea He ran at full speed down the central lane and received an infraction from the Brazilian Dante, who again gave him the opportunity to execute another foul. And on his second attempt, he managed to put the ball in the back of the net and leave Schmeichel static with a shot that made it 1-0.

Messi was the most active player in Galtier’s squad and closed the first half combining with Bernat inside the area, finishing with a powerful shot that Schmeichel cleared with a good stretch. This is how PSG went into the break, without shining but with the advantage on the scoreboard and closer to scoring than their opponent.

When the protagonists returned to the field of play (both teams without changes), Nice came out ready to show that they were up to the task and took advantage of the languor of Paris Saint Germain to equalize the actions. In the 47th minute, Youcef Atal sent a shot from the right flank that was not cleared by Marquinhos and Mukiele, allowing Gaëtan Laborde to drive the ball deep into the net for 1-1.

Galtier decided to move pieces to revitalize his team: he sent Kylian Mbappé and Nuno Mendes to the field of play instead of Ekitike and Bernat. For his part, Lucien Favre responded with the changes of Nicolas Pépé and Thuram for two players who were left without legs in Ross Barkley and Aaron Ramsey.

After Olympique Marseille’s 3-0 win as a visitor against Angers, those from the capital are forced to win to regain the top of the competition With a total of 22 points (seven wins and one draw), they appear one for below the OM.

In the midst of a wave of rumors about an intern in the locker room between the Brazilian Neymar and the Frenchman Kylian Mbappé, the formation that Christophe Galtier places on the court is unknown, since it could give some of his figures a break due to travel and the minutes of play they added with their respective teams. In addition, during the week, they will face Benfica in the Champions League group stage, the institution’s great objective this season.

On the other hand, in the last hours from Europe they affirmed that PSG moved the first chip and approached the Argentine Lionel Messi entourage with a succulent offer to extend their bond. La Pulga would now have on the table a proposal for one year plus an optional one, charging a similar sum of money to the one he currently receives. The Argentine, along with Ney, is the top assister in Ligue 1. In addition, he has accumulated four goals.

The visit, which has Nicolas Pépé as its big bet on offense, began its path in an irregular way by only harvesting 8 units (two wins, two draws and four losses), which puts them within a shot of falling into the relegation zone (two points above Reims, last to lose the category).

The details of PSG’s renewal offer to Lionel Messi The explosive reflection of a PSG leader in the midst of the conflict between Neymar and Mbappé The president of PSG, at the center of a scandal: they accuse him of kidnapping, extortion and bribery in Qatar