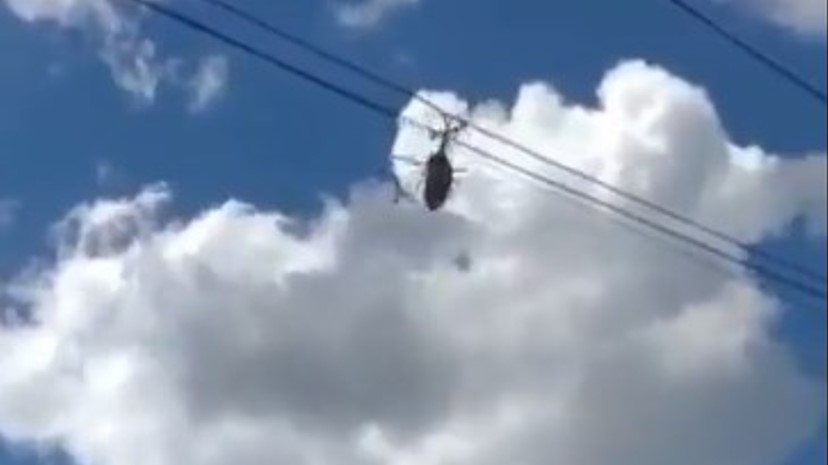 At noon this Saturday, a helicopter from the Secretary of the Navy (Semar) suffered an accident and collapsed in Centla, Tabasco. Five crew members were traveling on the aircraft, three of whom lost their lives and two more were injured.

The crash of the Eurocopter-type area unit of the Mexican Navy occurred while a reconnaissance flight was being carried out in an area belonging to the Fifth Naval Region, which is based in Dos Bocas.

Residents of the municipality who witnessed the incident promptly assisted the injured sailors, who are receiving the corresponding medical care.

The Navy-Navy of Mexico @SEMAR_mx confirms the crash of one of its helicopters, apparently an Airbus H145, in a new accident in which personnel would have died pic.twitter.com/7KRlkzae07

So far the causes of the accident are unknown. Semar reported in an official statement that “the corresponding investigations will be carried out to determine the causes that could cause the accident of said aircraft.”

Likewise, the unit regretted what happened and promised to provide support to the families of the victims.

“The Secretary of the Navy-Navy of Mexico regrets the death of the three elements, who in life showed signs of being exemplary sailors committed to our country; likewise, the corresponding support will be provided to their relatives”, could be read in the bulletin.

A citizen recorded the moments before the fall of the Semar helicopter. In the recording it was possible to see that the air unit rotated without control for several seconds during its descent.

Residents of Centla also recorded part of the rescue efforts after the incident. In the video it was documented that the helicopter was destroyed in a place full of trees and plants, to which dozens of residents and municipal policemen approached to provide first aid.

The incident on October 1 was added to the crash of a Semar helicopter that occurred on July 15 in Los Mochis, Sinaloa. That incident occurred after the arrest of drug trafficker Rafael Caro Quintero.

One of the crew members survived while the remaining fourteen died after the unit they were traveling in fell into a sorghum crop field, on a threshed plot of the Las Mañanitas property, near the Los Mochis-Topolobampo highway.

The helicopter was part of a group made up of two more units that participated in the capture operation for which the tasks of transferring the Special Forces team that rappelled down, cutting off road communication between San Simón and Bayacopa, as well as protect the perimeter to identify possible attacks via land.

Initially, suspicions arose that the accident had been a retaliation by people close to Caro Quintero. However, on September 29, the Attorney General’s Office (FGR) ruled out this version of events.

Finally, it was determined that the cause of the collapse of the Semar helicopter was the lack of fuel. The Prosecutor’s Office pointed out that: “In the investigation folder there is an opinion on explosion fires, which indicates that there was no attack of an external nature, nor any explosion caused by any device other than the aircraft.”

AMLO confirmed the disappearance of 2 sailors in Acapulco; He denied that they had been assigned as bodyguards for José Narro Dante Delgado denounced “perverse and petty practices” of the Sedena and Semar in the Senate Element of the Navy was arrested after running over and causing the death of a woman in Guerrero