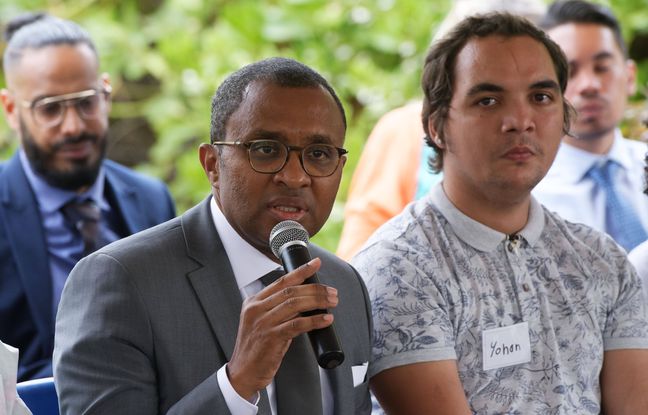 Feedback from the field “confirms an increase in reports” of attacks on secularism at school since the start of the school year, the Minister of Education told AFP on Friday. “The feedback confirms an increase in reports”, “in particular reports of wearing clothes, the famous abayas [tenue traditionnelle qui se porte au-dessus d’autres vêtements], which seem to be multiplying, ”said Pap Ndiaye, after a trip to a college in the 18th arrondissement of Paris. “We are very attentive to what is happening, we are monitoring. »

“Very precise” data will be published by the ministry “at the beginning of October”, added the minister to AFP. “We will have data on National Education reports, for the whole of September, and I have undertaken to publish this data monthly”, he added. A note from the state services sounded the alarm at the end of August, about posts on social networks calling for breaking the law which prohibits religious symbols at school.

“I am not naive about the fact that there can be slogans and proselytizing agitators who do not have good intentions for the school and for young people,” said Pap Ndiaye. “Our response is and will be firm on this subject: the reminder of the 2004 law which prohibits the wearing of conspicuous religious symbols in the school setting, that is the basis. It is the law of 2004 and it is not a question of compromising on this law, we are completely strict on this subject, ”he hammered.

In addition, “the interpretation of a sign as being religious or of a religious garment cannot be made from a circular that we would produce. It is not the length of the dress or the color alone that determines its religious nature. It’s a set of signs that can point in that direction,” he continued. The Minister of Education recalled the existence of “Values ​​of the Republic” teams in each rectorate…, reinforced in certain cases to respond to requests from teaching teams, heads of establishments, when there is a difficulty “.