Who is Óscar Murillo, Colombian included among the hundred most influential people in the world according to Time magazine 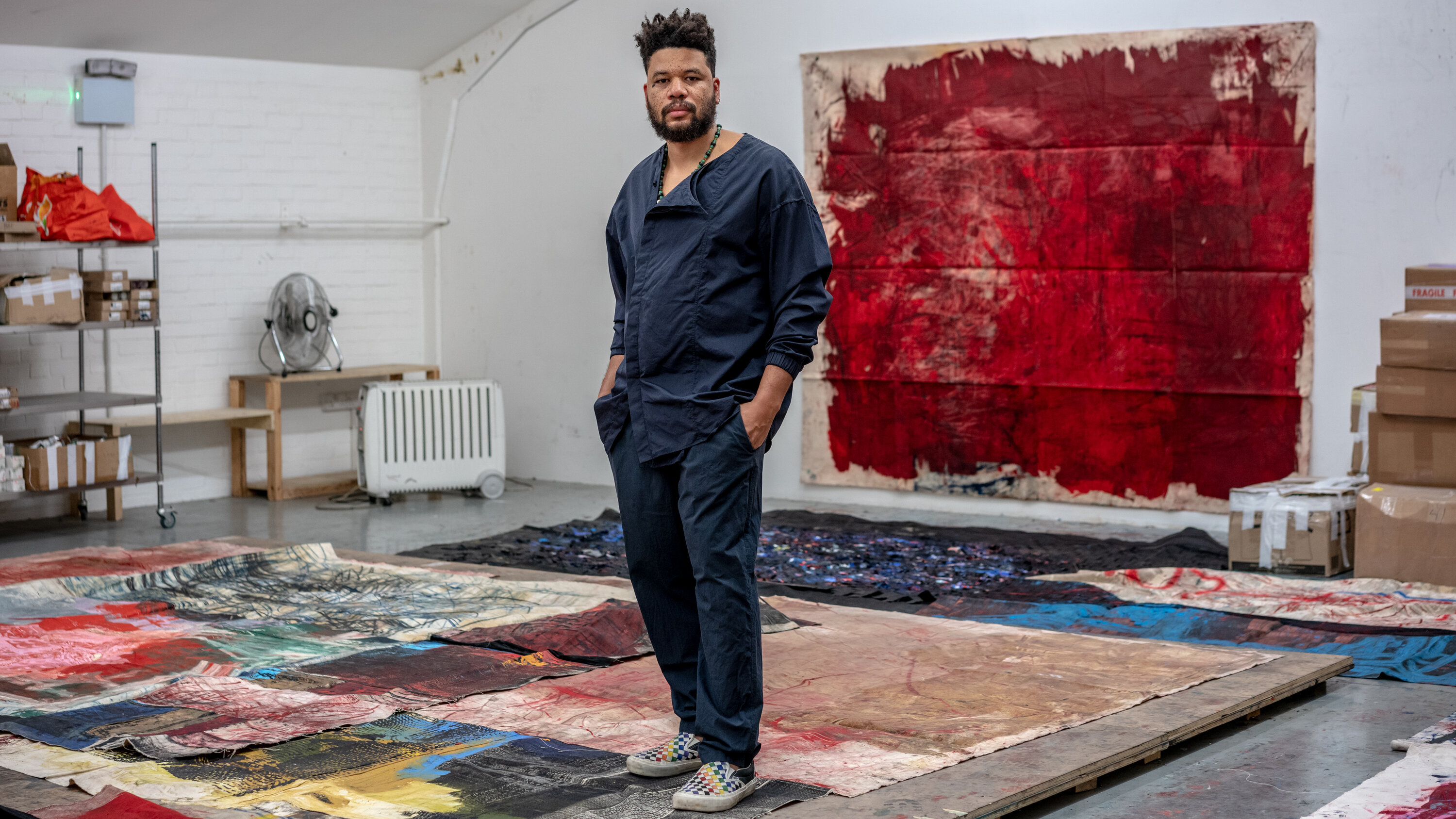 In its most recent list of the 100 most influential people in the world (100Time Next 2022), the magazine Time included two Afro-Colombians who stand out for their initiatives in topics such as politics, the environment and art. In addition to the vice president of Colombia, Francia Márquez Mina, Óscar Murillo, the Valle del Cauca painter and activist, was included in the list.

One of the reasons given by the magazine for selecting this plastic artist in this exclusive list is the Turner Prize he has to his credit. This award is given each year to a visual or plastic artist born in the United Kingdom or who lives there —such as Murillo, who was born in the municipality of La Paila in 1986 and has lived in England since he was ten years old—. With the Turner Prize comes a stipend of £25,000, as well as awards of £5,000 to the other three nominees of the year.

The peculiarity of the Turner Prize received by Murillo is that in the 2019 edition there were no finalists: four candidates who did not know each other before their nomination were selected. However, the four realized that their art pursued similar goals, so they decided to join a collective to receive the award together and deliver a message of solidarity and community. The jury honored that decision.

Murillo has received academic degrees from the Royal College of Art in London and the University of Westminster. A characteristic of his paintings is his large size, in addition to the combination of techniques that imprints a certain emotion. The themes of his pieces address topics such as the workforce, migration, globalization, and trade. In an interview he gave in 2020 to The New York Times, the artist described his work as “a social trigger (…) It’s a way to infiltrate that system”

In addition to paintings, Murillo has also created installations of mixed media and elements: among other things, draped black canvases, stone-like sculptures formed from corn and mud, and bed frames. Such installations occur in unusual settings, such as schools and churches. A curator from the Mexican art gallery Kurimanzutto pointed out that, with these installations, the Valle del Cauca seeks to share reflections on contemporary society.

One such facility is the long-term project Frequencies, with which a blank canvas has been fixed on the desks of more than 100,000 basic education students —and he already has 40,000 of them in his possession—. On them they could write, draw or make marks at will.

Murillo’s works have been exhibited in Seoul (South Korea); Los Angeles (United States), and Hamburg (Germany). “Yes, his work is relatively expensive, but it is also rooted in the exploitation of labor in world markets (…) It draws attention through its materials and its work process”art writer Linda Yablonsky commented in the same New York Times article.

These days, according to Time magazine, Murillo is working in Venice (Italy) on a new exhibition called ‘A Storm Is Blowing From Paradise’, which has canvases decorated by children from various parts of the world: Brazil, Japan, South Africa, among others.