Trevor Kennison became a freestyle sensation with his chair ski

The 20,000 spectators of the High Five Festival d’Annecy Although they may be experienced in the projects of freeriders, each more insane than the other, they risk being amazed by discovering the freestyle chair ski. American handiski athlete Trevor Kennison (30) will indeed be in France for the first time in his life on Saturday (9:45 p.m.), to present an extract from his feature film Full Circle, whose final release is scheduled for 2023. The spectacular high-altitude figures inherent to freestyle take on a whole new dimension in uniskiing.

If he now shines in this world of extreme sport, thanks in particular to his unprecedented performance for a disabled athlete in the legendary Couloir de Corbet in Jackson Hole (Wyoming) in 2019, then to a leap of about twenty meters on the Big Air of the last X Games in Aspen (Colorado), Trevor Kennison only really discovered the discipline six years ago.

And for good reason, the one who now resides in Winter Park (Colorado) was throughout his adolescence a sportsman “good everywhere”, whether in football, basketball, baseball, snowboarding and swimming. A plumber for four years, this son of marathon runners saw his life change dramatically in November 2014 (aged 22), during a snowboarding outing with two friends at Vail Pass (3,250 m above sea level, Colorado).

My snowboard hit the ground when taking off and I flew like Superman, without being able to control anything. I landed hard and fractured two vertebrae. There was a huge storm, so I had to lie in the snow for three and a half hours, unable to move, until the rescuers found me. I struggled to stay awake because I felt like if I closed my eyes I would never wake up. » 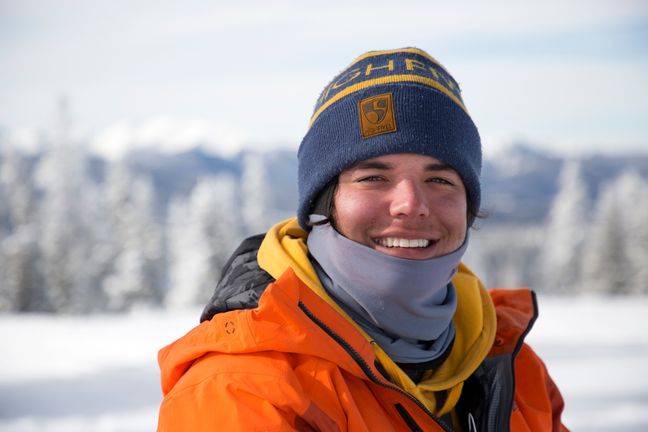 Trevor Kennison will discover France this week, on the occasion of the High Five Festival in Annecy. -Josh Berman/Level 1

From disabled basketball to uniskiing

Emergency operated, Trevor Kennison lost the use of his legs in this terrible accident. “When I was lying in the snow, I still didn’t think about the prospect of being in a wheelchair, losing my job as a plumber, snowboarding, all those things that I loved so much, he confides. . Suddenly, I had to learn how to live in a wheelchair on a daily basis before considering, six months later, doing handibasket in a care centre. »

The path of this athlete with boundless energy, who has always been passionate about basketball, seems to have been found. But his sister Ashley insists that he come and try uniskiing in Aspen, almost a year after his fall. “The first time, I was lost, I didn’t know how to turn and I had the impression that I was going to crash into the trees, he smiles. But I quickly became addicted. » 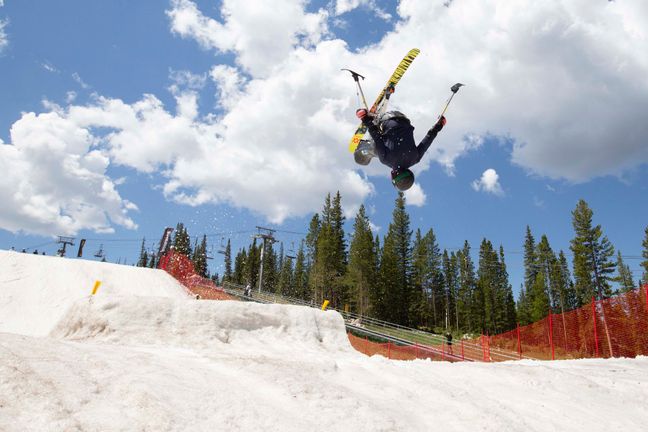 “Why wait for the races to go down the mountains? »

Trevor Kennison therefore spends most of his year 2016 going skiing with his brother-in-law and he sets himself a new goal: “I wanted to participate in the Paralympic Games on skis, but the thing is, there was no already more than racing events. For three years, I won a few trophies in the United States. But I continued freeskiing whenever I could. I am like that, very independent. We have magnificent mountains, so why wait for the races to go down them all? My goal has become more to do backflips than to aim for the Olympics.

A wildlife that will allow him to earn the respect of the greatest freeriders on the circuit, starting with the famous Tanner Hall, multi-winner of the X Games, who relays the videos of his flights. So much so that in 2019, Trevor Kennison decided to devote all his time to wheelchair skiing, with which he performed tricks he had never considered when he was an able-bodied snowboarder. “Doing double backflips in uniski is unheard of,” enthuses Rafael Regazzoni, programmer of the High Five Festival, who wanted to invite him to Haute-Savoie this week. There had been a bit of wheelchair boardercross before at the X Games, but no such jumps on a Big Air. You only have to see the respect shown to him by the greatest freestyle skiers in the world to understand where his performance lies. » 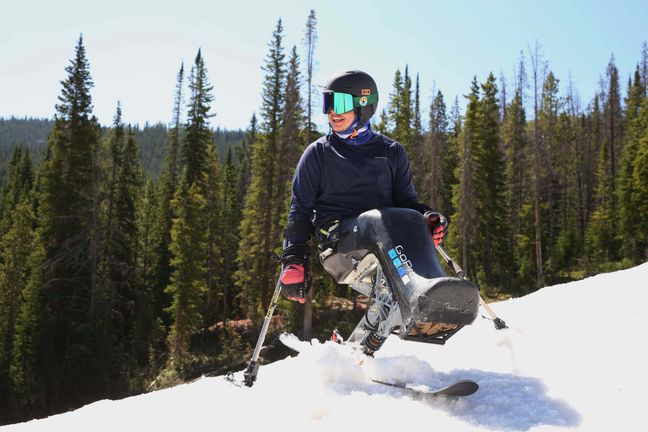 Discovering uniskiing at the end of 2015 was a turning point in Trevor Kennison’s life. -Josh Berman/Level 1

“I got rid of something”

“A lot of people around me told me that it was totally crazy to try to live off that,” he continues. For me, it’s no more risky than for a valid, I don’t try anything stupid. But as soon as I started doing jumps and doing all these tricks, my father and my sister tried to encourage me to find “a real job”. The one chosen by the American leads him in 2020 to Vail Pass, for his first return to the traces of his accident.

It was a magical day, so full of emotions. It made so much sense to me. I lost the use of my legs and so many other functions of my body. So it was amazing to be able to come back, six years later, and do a trick there that less than ten athletes in the world have done. [il la garde secrète]. I was nervous as ever but I needed to be there, for me, not for the sponsors, the fans or my family. It’s as if I came to accept my injury for good. I broke free from something, it’s Full Circle, man. »

More than a spectacular ski film, this one is, according to him, “a touching documentary whose story is much bigger than me”. Rafael Regazzoni is convinced: “All the festival-goers will only talk about his story this weekend, especially since they will discover in front of them a guy with an incredible attitude and vibe”. Trevor Kennison precisely dreams, with his career, of “giving hope” to Annecy and all over the world. While projecting again on his desires for the Paralympic Games with Colombia, the country of his mother: “As a child, I wanted to participate in the Olympic Games in swimming. Finally, it will perhaps one day be the Paralympic Games in ski racing”. An improbable trajectory that pushes him to feel “lucky”. Did you say life lesson?

All the information on the High Five Festival, which takes place from Friday September 30 to Sunday October 2 in Annecy, is to be discovered ici.