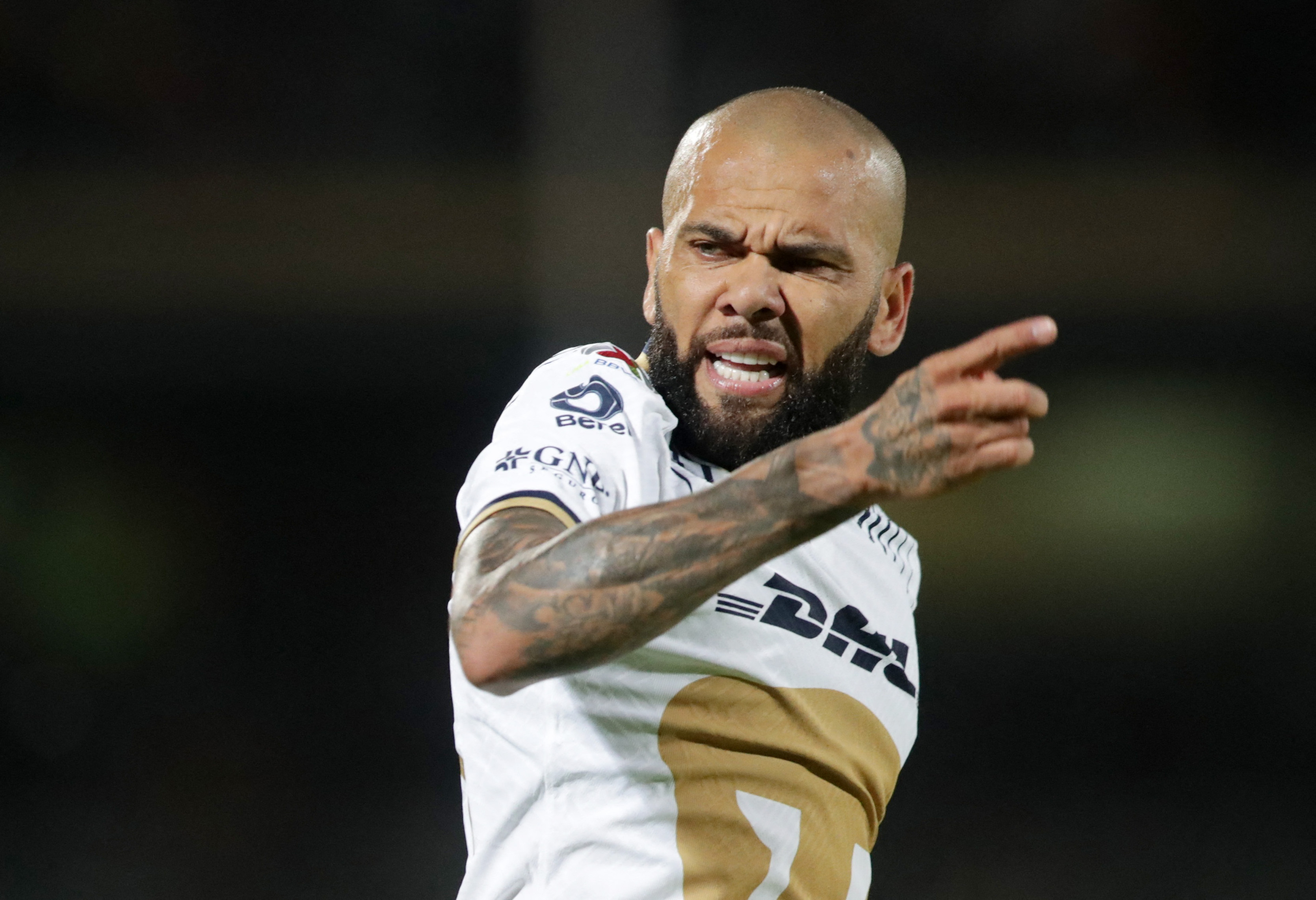 Dani Alves denied having suffered an injury, as indicated by his team in a statement (Photo: Henry Romero/REUTERS)

The Pumas of the National Autonomous University of Mexico (UNAM) were once again in the eye of the hurricane due to the lack of clarity before their fans. After confirming, with a statement on his social networks, Dani Alves’ injury, the player himself came out to deny the version and denied that it was a serious condition. Moments later, the institution retracted his statement by removing the official statement.

At noon on Thursday, September 29, the university team issued a bulletin in which they assured that “Dani Alves will not be able to close the Apertura 2022 tournament with Pumas. The Brazilian defender did not make the trip to Ciudad Juárez to face the match against the Braves due to an injury to the medial collateral ligament of his right knee, which is still under evaluation by the club’s medical staff.

Minutes after the university institution reported on its Twitter account that the Brazilian had suffered a “medial collateral ligament injury to the right knee” and was under study, the atmosphere took on an air of mystery. On the one hand, the player stubbornly dedicated himself to denying the information in the statement through his verified Twitter account. 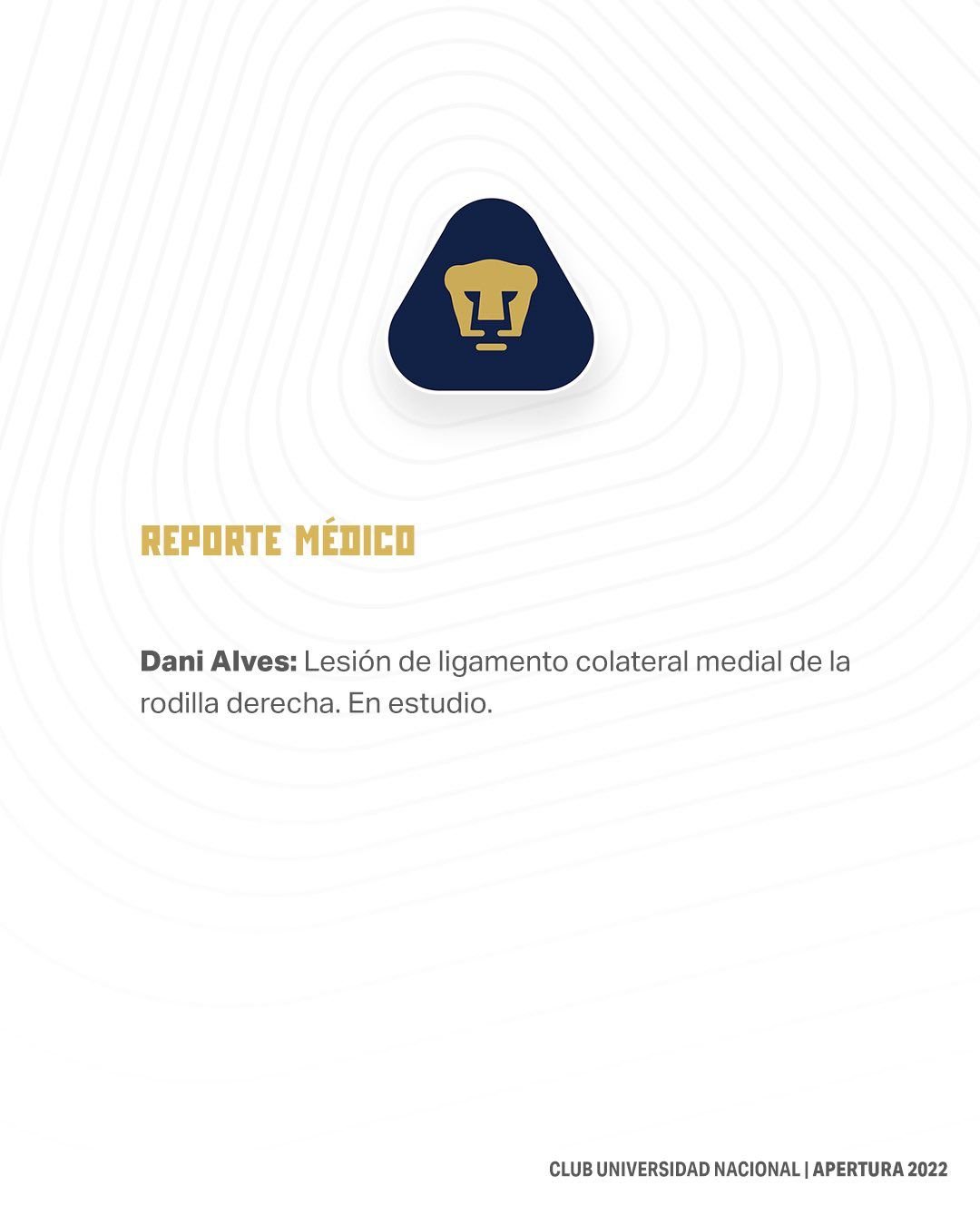 “Hey? As we say in Brazil, are they going to start again? They’re going to pull another one, for God’s sake! My friend Diogo hit me in training and as a precaution he did not (I traveled to Ciudad Juárez) ”, he wrote on his verified Twitter account. @DaniAlvesD2.

Moments after Dani Alves’ brief campaign on Twitter to make it known that he did not travel to the matchday 17 match as a precaution and because the team no longer plays any relevant aspirations for the 2022 Apertura, the verified account of the Pumas de UNAM deleted the publication where they released the news. They also did not disclose the reason for the action or send an errata.

On the other hand, the Brazilian star used his verified Instagram account to release a video in which he spoke about the situation. In the material he explained the origin of his injury and denied that it was serious.