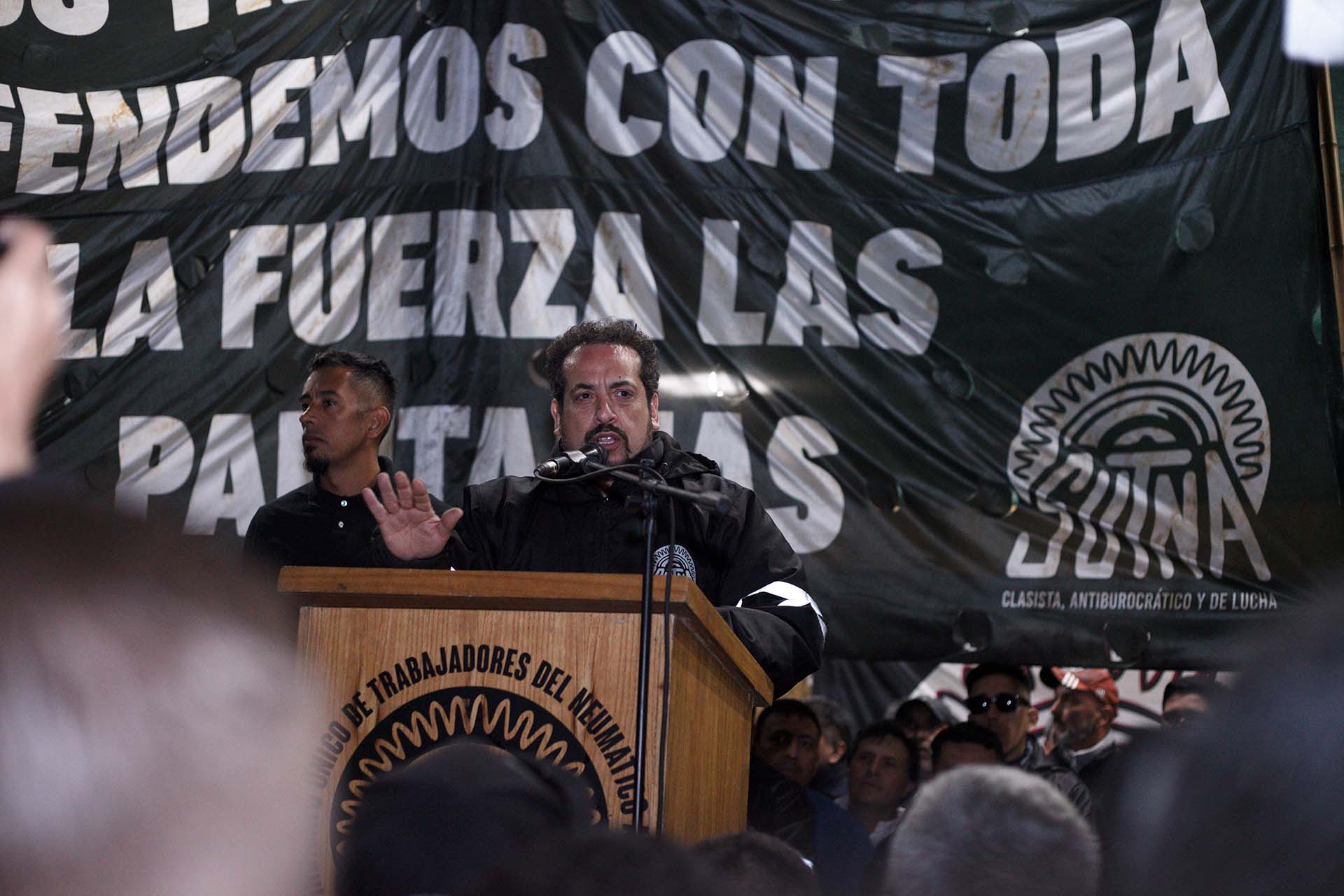 Alberto Fernández followed the negotiations between the union and businessmen

Last night, after 10:30 p.m., in a Ministry of Labor surrounded by demonstrators, Claudio Moroni’s collaborators were preparing to order food at home at the ministry’s headquarters to accompany the -they hope- last stage of negotiations with the referents of SUTNA and the tire companies. They sought to unblock once and for all the wage conflict that has been going on for five months and has become critical in recent days, when Bridgestone, Fate and Pirelli decided to cut production. During the early hours of the morning, after 10 hours of meeting, Moroni and Crespo worked on an agreement between the parties, which already has the endorsement of the companies, to be able to announce it no later than Friday morning and avoid the total brake of the vehicle manufacturing chain, which is already in crisis in several terminals.

The meeting between the union and the employers’ association at the Alem headquarters began on Wednesday, went to an intermediate room, and was resumed on Thursday at 1:00 p.m. with the head of Sutna, Alejandro Crespo, the owners of the companies, and Moroni, in a climate of growing tension.

All day yesterday passed under a jealous secrecy, while industry workers surrounded the ministry with drums and flags to support their representatives and forceful measures, with the support of leftist parties and social groups critical of the Government. But at dawn no concrete progress was yet known.

From noon, in parallel, Alberto Fernández followed the negotiations through his minister, one of the closest in the Cabinet, who has been in the crosshairs of Kirchnerism for many months. He first monitored the progress of the talks from the Casa Rosada, and then, late at night, from Olivos.

Earlier, the president had met with the head of Truckers and one of the leaders of the CGT, Pablo Moyano, who offered to intervene in the dialogue with Crespo. The harmony between the unionists could serve as an “instrument” for the negotiation to prosper, they analyzed in Balcarce 50. 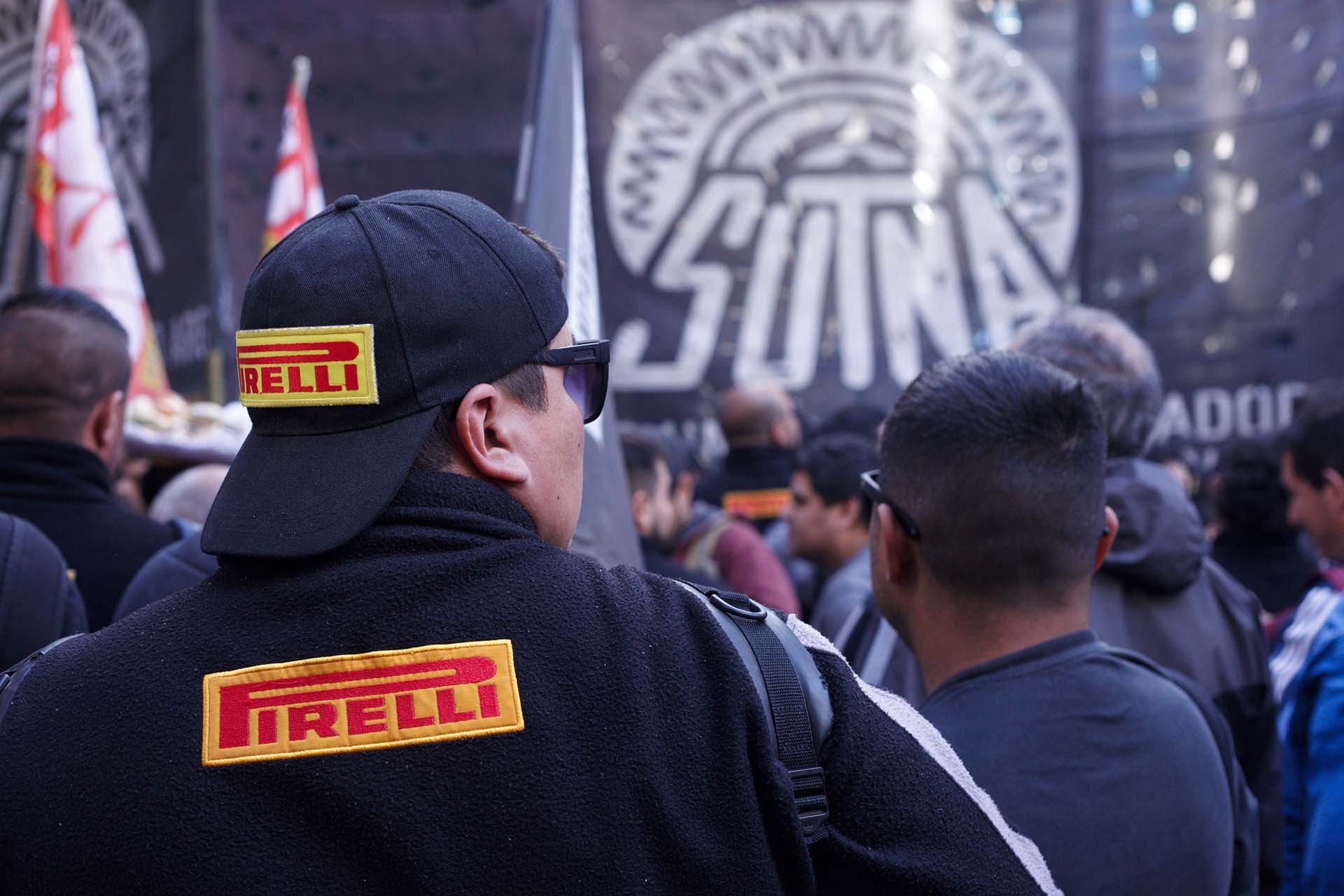 The head of the Economy, Sergio Massa, also kept abreast of the tense dialogues, in communication with the President and with Moroni, but with due distance. Especially since on Tuesday, after meeting with the parties -in a conclave much shorter than yesterday’s-, he broke off the dialogue when he came out to question the union very harshly for forcing the brake on production and “putting 150 at risk”. thousand jobs. In that statement, Massa broke the bridge, at least with the Treasury, when he threatened to enable the importation of tires. The minister’s statements generated a strong adverse reaction from Crespo, who, supported by the bases, pointed out the irrationality of the proposal, and told him publicly that it would be much more convenient for the parity to work, where they demand to beat inflation, projected at 90 percent. percent by 2022 and 60 in 2023.

Yesterday’s long meeting had different instances. It began in the early hours of the afternoon with the highest officials of Labor, companies and workers. And around five o’clock, he continued with a dialogue alone between Moroni, his Secretary of Labor, Marcelo Bellotti; and the national director of Labor Relations, Gabriela Marcelló, to finalize the details of the final proposal, after obtaining the approval of the employers. In other rooms, Crespo and the businessmen were waiting separately, as usual.

The private meeting of Moroni and his closest collaborators lasted for more than four hours, between calls exchanged with the President. And around midnight, Moroni received Crespo alone to bring him the fine print of the agreement. With extensive experience in the workplace, he knows that “the devil is in the details,” they said around him.

The request that the Casa Rosada sent to Labor was that they close an agreement yesterday, in order to make it known no later than Friday morning, and avoid an even greater escalation in tension. In the negotiation, the continuity of production in a central industry for the economy and the entry of dollars to a Central Bank short of supplies in the currency crisis are at stake. But also the capacity for action of the President, who since Tuesday has been directly involved in resolving the conflict; and the very continuity of Moroni, his very low-profile minister and friend, who has been targeted by Kirchnerism since last year and who today finds himself, more than ever, in the sights of Cristina Kirchner, the vice president and strongest leader of the Frente de Todos, which continues to be dissatisfied with management in the labor sphere.