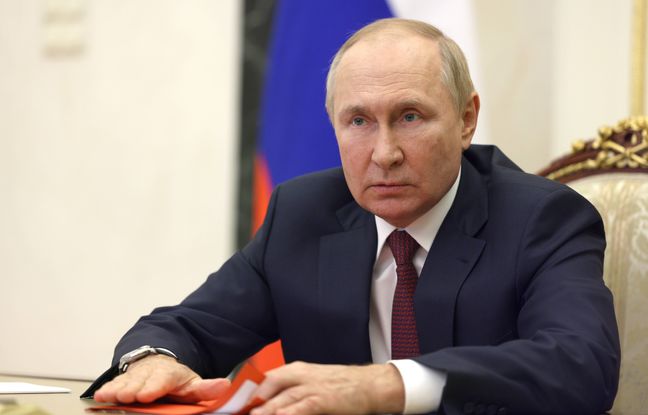 He persists and signs. Vladimir Putin will formalize Friday in Moscow the annexation by Russia of four Ukrainian regions, widely denounced by kyiv and its Western allies, but which he threatened to defend with nuclear weapons if necessary.

Ukrainian President Volodymyr Zelensky for his part called an emergency meeting of his Security Council for Friday. Who will vote on a resolution condemning the “referendums” of annexation of several Ukrainian regions, indicated Thursday evening the French presidency of the Council. The resolution prepared by the United States and Albania, the precise content of which is not yet public, has no chance of being adopted due to Russia’s right of veto, but it should then be presented to the UN General Assembly.

New US envelope of 12 billion dollars

Far from laying down its arms, kyiv is instead demanding more from its Western allies to continue its counter-offensive against Moscow. His request was heard by the US Senate, which voted on Thursday a new envelope of more than twelve billion dollars, with a military component of some three billion to train, equip and pay Ukrainian troops.

For his part, US President Joe Biden has promised to “never, ever, ever” recognize the results of the “Russian-orchestrated” referendums in Ukraine. “I want to be very clear about this: the United States will never, ever, ever recognize Russia’s claims to the sovereign territory of Ukraine,” said the American president, referring to an “absolute travesty of referendums” . For UN Secretary General Antonio Guterres, such behavior has “no place in the modern world”.

Ceremony and long speech at 2 p.m.

Putin assured Thursday that the offensive he launched against Ukraine on February 24 was one of the results of the “collapse of the Soviet Union”, like the conflicts simmering in other parts of the world. vast area of ​​the former USSR. He assured that a “more just world order” was being formed through “a difficult process”.

The Kremlin will therefore host a ceremony on Friday at 1:00 p.m. (2:00 p.m. Paris time) during which the annexation of the Ukrainian regions of Donetsk and Lugansk (east) and Kherson and Zaporijjia (south) will be formalized. Vladimir Putin will deliver “a voluminous speech” on this occasion, according to his spokesperson Dmitri Peskov.

The Russian capital was also preparing for festivities with restricted traffic on Friday and the organization of a concert in the shadow of the Kremlin walls, at which Putin could make an appearance. Officials installed by Moscow in the regions of Donetsk and Lugansk, Zaporijjia and Kherson are already in the Russian capital, according to local media.