Hacking Sedena: AMLO’s illnesses that the government tried to hide 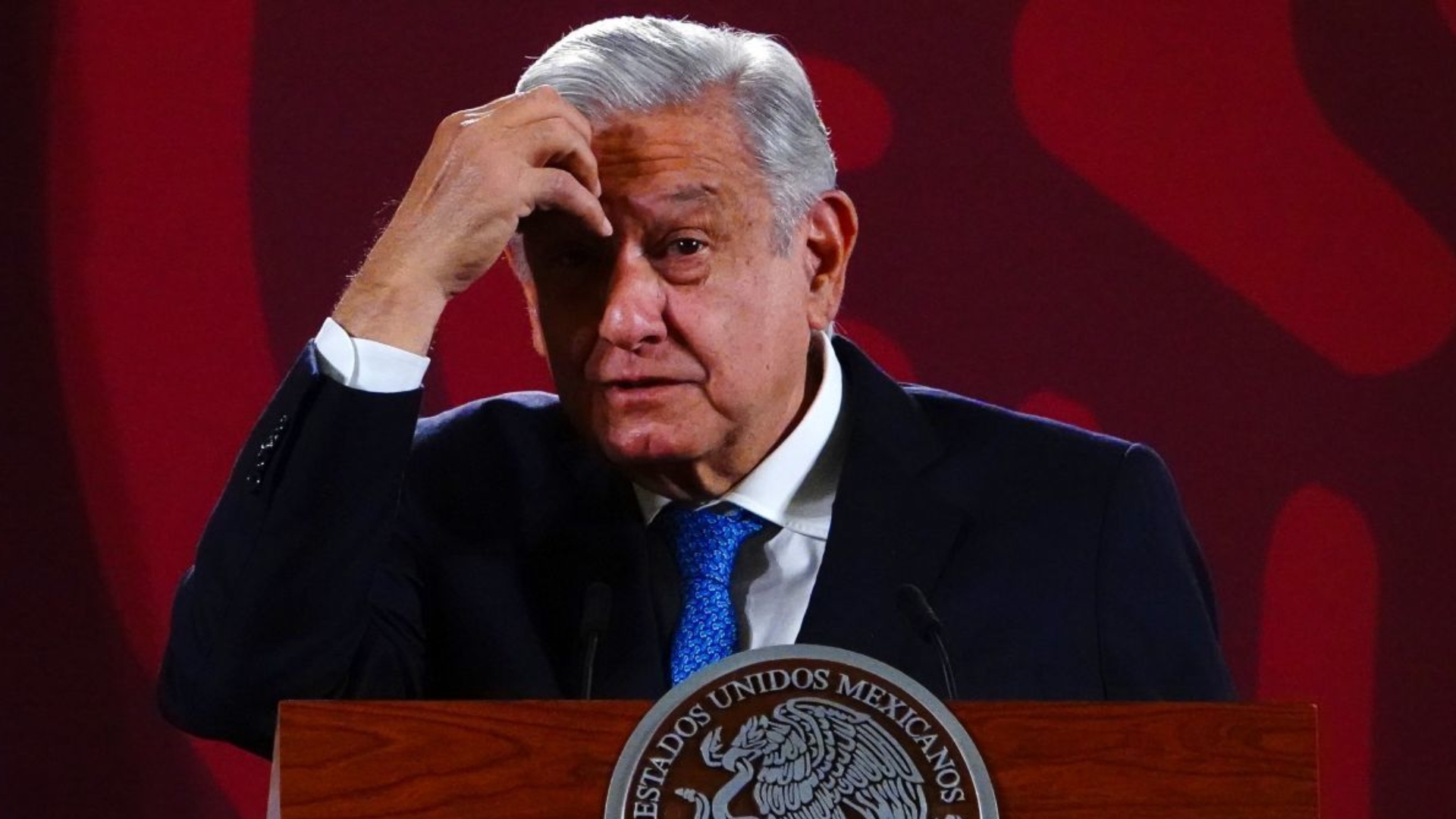 The documents published by Loret de Mola revealed some affections to the state of health of López Obrador. (Photo: Cuartoscuro)

This Thursday alleged official documents were revealed hacked to the Secretary of National Defense (Sedena) that include details on the state of health of President Andrés Manuel López Obrador (AMLO).

According to information released by Carlos Loret de Mola via Latinthe Federal Government would have omitted to account for emergency hospitalizations and medical treatments of the president for conditions such as hypothyroidism, gout and high-risk unstable angina.

There were tens of thousands of emails, which were hosted on Sedena servers, which managed to intercept “Guacamaya”, an international group of hacktivists which, presumably, would have its origin in the Central American region.

As a result of this cyberattack on the Mexican government —the most serious in its history, in the words of Loret de Mola— informative cards, videos, letters and other documents with confidential information dating from 2016 to the present month of September 2022 were obtained. 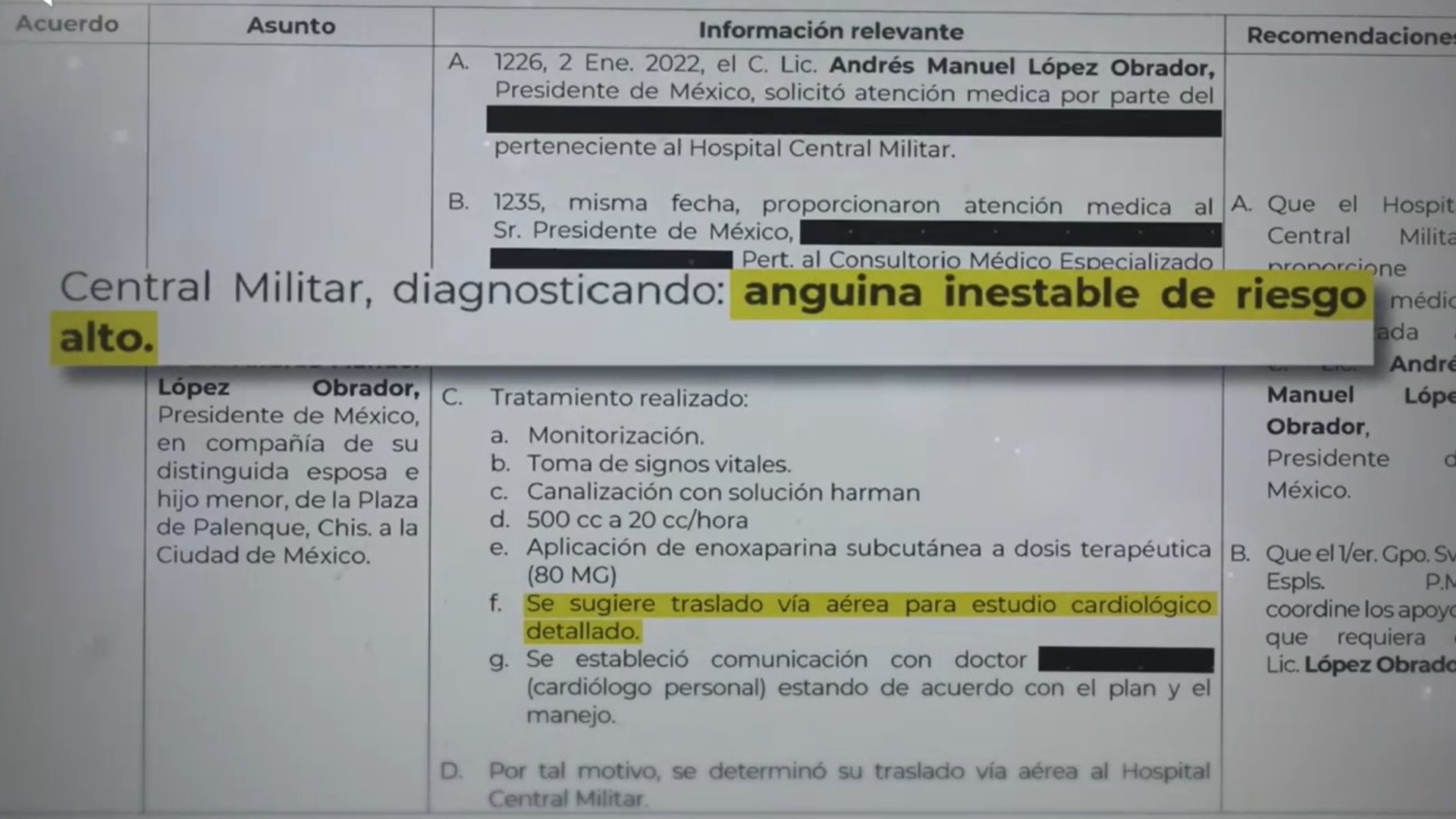 Lopez Obrador would have been diagnosed with high-risk heart disease. (Capture: Facebook/Latinus)

According to the files in the possession of the communicator, on January 2 of this year, Sedena had to send an air ambulance to Palenque, Chiapas, where the López Obrador ranch is located, named The Chingada.

The reason for this mobilization was the need to urgently transfer the president to the Central Military Hospital in Mexico City. Before leaving the southern state, AMLO would have been monitored, channeled and medicated. His diagnosis, according to Loret de Mola, was serious.

The card with folio SIIO/0036 of the special services group of the Military Police would include the diagnosis of high-risk unstable angina, a condition that prevents the adequate flow of blood and oxygen to the heart, which can lead to a heart attack .

A week later, on January 10, the head of the Federal Executive announced that he was infected with COVID-19 and that the symptoms were mild. However, no mention was made of the previous diagnosis and transfer.

I inform you that I am infected with #COVID19 and although the symptoms are mild, I will remain in isolation and only do office work and communicate virtually until I get ahead.

Based on the documents allegedly extracted from Sedena, between January 4 and 20 of this year, López Obrador received at least 10 medical consultations, including that of his private cardiologist.

Then, on the morning of January 21, he was admitted to the Central Military Hospital for a catheterization and was released the next day. Since that date, AMLO would have received 28 physical therapies.

In this regard, both the area of ​​Social Communication of the Presidency and the Ministry of the Interior (Segob) reported that the procedures were part of a set of scheduled routine studies.

This morning President Andrés Manuel López Obrador entered the central military hospital of the @SEDENAmx to carry out a scheduled routine medical check-up.