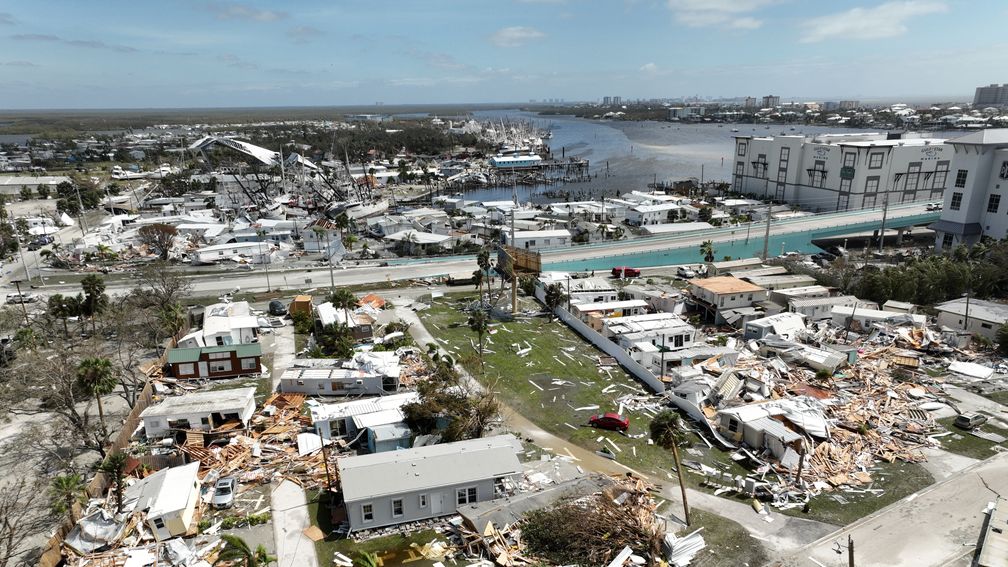 Hurricane Ian has left a trail of destruction in Florida. Emergency services are trying to reach residents of the state, but that is difficult due to the high water. Many deaths are feared.

Ian is one of the strongest storms to ever hit the US mainland. President Joe Biden fears Hurricane Ian could be the deadliest in Florida history. “The numbers are unclear, but we are hearing the first reports that may indicate a significant loss of life.” He assured the state that the government in Washington will bear the full cost of the emergency aid.

The hurricane previously caused extensive damage in western Cuba. He then crossed the Gulf of Mexico to southwest Florida. There, the coast near the cities of Sarasota, Venice and Fort Myers received the heaviest blows. Ian came ashore with a wind speed of 240 km/h, crossed Florida on Wednesday evening and has now reached the Atlantic Ocean.

The hurricane is now moving towards South Carolina, where it is expected to make landfall around noon Friday. Then it is high water, which makes the area more vulnerable to flooding.

The extent of the damage can be clearly seen on aerial images:

In a number of places in Florida the water is still very high, sometimes between 2 and 3 meters. Even in Orlando, far inland from Florida, people saw water up to their waists. In affected areas, people do not know how to get out of their flooded homes without a boat.

Many are looking for victims in the area. At least ten people have been killed in Charlotte County, a district on the west coast of Florida with more than 140,000 inhabitants. confirms an official to the BBC. An unknown number of people have been trapped in their homes due to the flooding.

Florida Governor DeSantis said at a news conference Thursday evening that there have been at least 700 rescue operations in the state in the wake of the storm. Most by air, operated by the US Coast Guard. It is unclear when the water will recede. More than 2 million people in Florida are without power. According to electricity companies, it can take days to sometimes weeks before the damage is repaired.

President Biden has declared Ian’s destruction a major disaster. As a result, residents of the affected areas can claim financial and other assistance, such as temporary shelter and repairs to their homes.