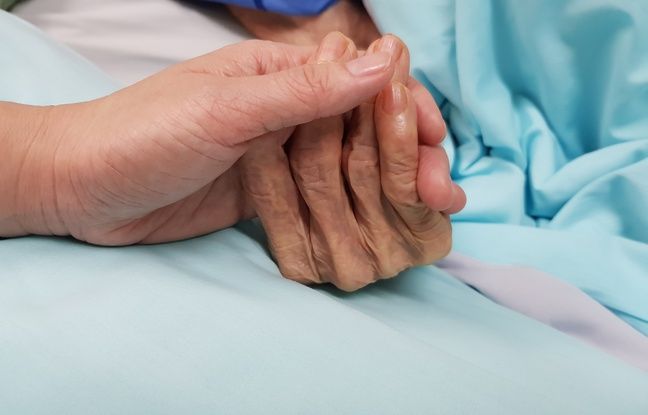 The citizens’ convention on the end of life, which must bring together a hundred or so French people in order to guide the government on a possible new change in law, will begin its work on December 9, announced Thursday its organizer, the Cese.

“The convention will be launched on Friday, December 9 and the work will end in mid-March”, announced at a press conference Claire Thoury, member of the Economic, Social and Environmental Council and responsible for organizing these debates.

The subject of Macron’s five-year term

Question asked: “is the framework (…) of end-of-life support adapted to the different individual situations encountered, or should any changes be introduced? »

It is on the basis of these debates that the government will decide whether or not to change the Claeys-Leonetti law on medical support at the end of life, possibly by legalizing “active assistance in dying” which the Ethics Committee recently considered possible under very strict conditions.

Emmanuel Macron, who plans to make the end of life the major societal reform of his second five-year term, revived the subject at the end of the summer but is careful not to defend a clear-cut position.

A subject of debate

The end of life does indeed regularly resurrect debates in France, in particular in the face of other European countries, such as Belgium, the Netherlands but also Spain, where the legislation has changed in recent years to authorize euthanasia. in a very framed way.

The Elysée and the government returned the responsibility for the debates to a “citizen convention”, on the same model as that which had met on the climate in 2019 and 2020, even if the State had finally retained only some of its proposals.

Over the next few weeks, 150 French people will be drawn by lot to participate in the debates on the end of life, with a weighting according to sex, age, place of residence, profession and level of education.

On the other hand, “we made the choice this morning not to have any excluding criteria”, specified Ms. Thoury. In other words, no participant will be excluded because of their religion, their profession – especially if they are caregivers – or their personal experience, for example if they have been confronted with the end of life of a loved one.

“There will inevitably be a little (bias)”, nevertheless recognized Ms. Thoury, questioned on the risk that the mode of appointment does not favor the people most involved. Those drawn by lot will indeed be able to refuse the Cese’s call, which will involve making themselves regularly available for three consecutive days of debates.

A national debate had been recommended in early September by the National Consultative Ethics Committee (CCNE), as opposed to a referendum. But the executive is not currently closing the door to this last possibility. The Ethics Committee had also deemed it possible, in an opinion, to legalize “active assistance in dying” but under strict conditions.