Bayern fans can finally celebrate Oktoberfest after victory over Leverkusen

Bayern Munich has averted the crisis for the time being. After four games in a row without a win, ‘der Rekordmeister’ won 4-0 in the Bundesliga against Bayer Leverkusen. For the powerless Leverkusen, the relegation zone is now very close.

Even before the international break, the Bayern selection and staff reported in the center of Munich for the first Oktoberfest since the corona pandemic. That was not entirely heartfelt, because a day earlier the proud defending champion had lost the Bavarian derby against the small FC Augsburg with 1-0.

That defeat was not an isolated incident, because the three matches before that only resulted in draws. They are not used to that in Munich.

Matthijs de Ligt and his girlfriend Annekee at the Oktoberfesten in Munich.

In Bayer Leverkusen, Bayern found a team that is even more adrift. Last year, Leverkusen was still the number three in the Bundesliga, but after the worst start to the season in forty years (5 points from 7 matches), the team is at the bottom this season.

It was already clear after three minutes that there was not much to be achieved in Munich either. The 19-year-old growth brilliant Jamal Musiala misled Mitchel Bakker with a subtle body movement and Leroy Sané shot the 1-0 into the far corner from his cross.

After a shot from Jeremie Frimpong – who made a good impression with the Dutch Juniors last week and played as right wingback at Leverkusen tonight – was blocked by Matthijs de Ligt, Musiala himself signed for the 2-0.

Outstanding Musiala was also involved in the 3-0. He served Sadio Mané, who had plenty of time to put the ball well on the edge of the box and aim it into the corner.

After the break, Musiala shook off a maradonesque dribble from the hips and then enabled Mané to score the 4-0 goal, but that goal was reversed on the advice of VAR. He ruled that a prior clash between De Ligt and Leverkusen defender Odilon Kossounou was unacceptable. 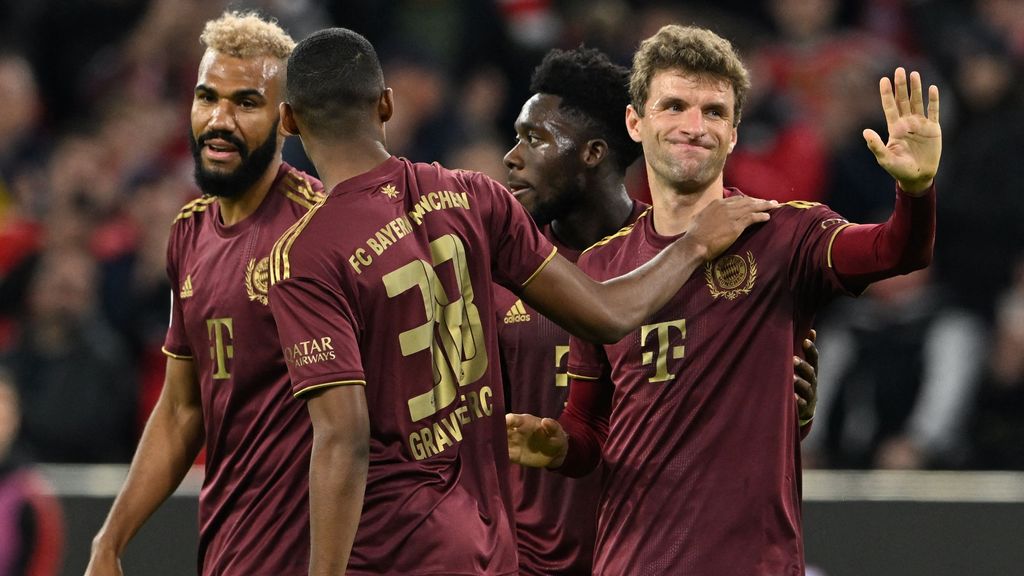 Thomas Müller seems to apologize to the blundering goalkeeper Lukas Hradecky after the 4-0.

Ryan Gravenberch and Noussair Mazraoui got a few minutes of play in the final phase and saw how Thomas Müller still took care of 4-0. Müller got the ball shoved right in the feet by goalkeeper Hradecky. Of course, the attacker did not miss this opportunity. 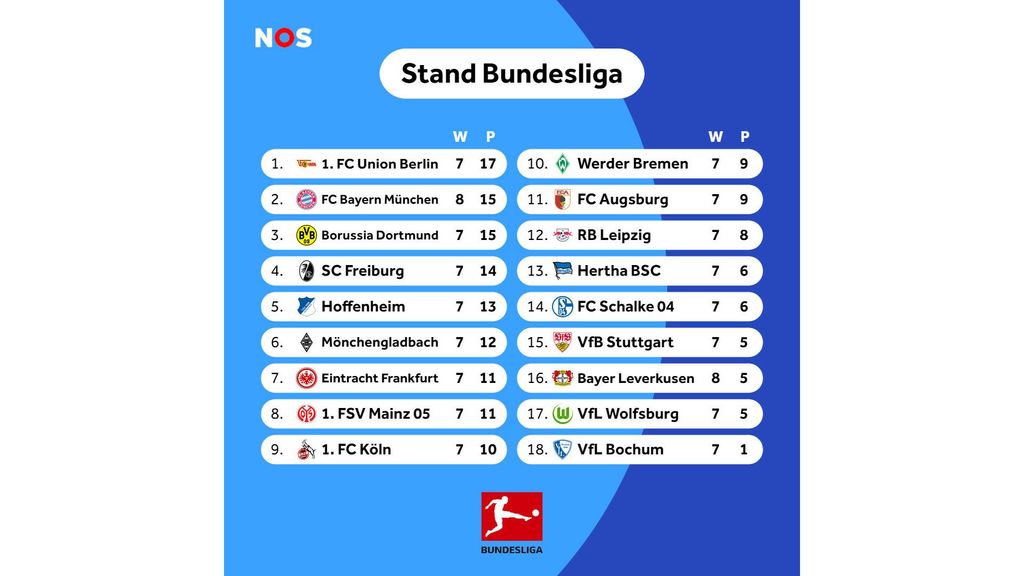 The position in the German Bundesliga.