Why we will one day be 10 billion humans on Earth 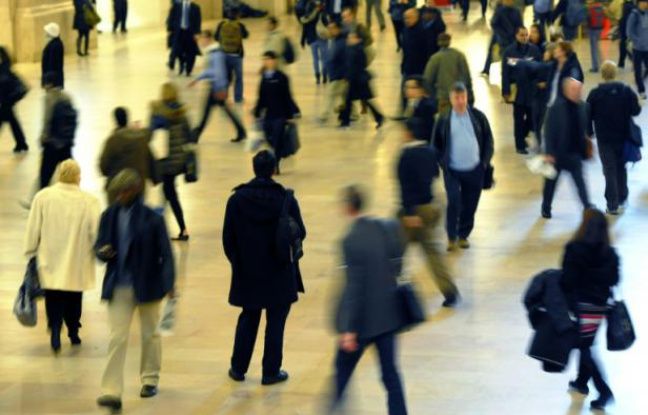 Ten billion people in the world by 2050, and already eight in a few weeks. This is the UN population forecast. A figure that can make you dizzy and question, at a time when resources tend to run out. But how did we get here? The director of research at the National Institute for Demographic Studies (INED) Gilles Pison gave a conference Wednesday evening in Nantes as part of a major exhibition at the space Cosmopolis. Here are three figures to better understand what is being played out on a large scale.

200,000 people. This is the number of additional humans that the planet has every day! “Today, the population is increasing rapidly, observes Gilles Pison. In summary, every second, four babies are born and two people die. We thus have a growth rate of 1% per year, with a population that doubles approximately every 65 years. But global demographics have not always been so dynamic. On the contrary, it stagnated for quite a while. “Until two centuries ago, there was a balance between births and deaths,” continues the expert. A couple gave birth to five or six children, only two of whom reached adulthood! They then replaced the parents in a way. In the 18th century, with economic progress, education and the appearance of vaccines, notably that against smallpox, things changed. Births continue but child mortality is falling and that of the rest of the population too. “Until the moment when the parents realize that the children become ‘a burden’. Appears a new behavior, the voluntary limitation of births. The curves are balanced again. Called demographic transition, the phenomenon has affected the four corners of the globe, with different temporalities.

2.3 babies. These increases will slow after 2050, such that the world population is expected to stagnate. In question: the decline in the fertility rate, which is currently 2.3 on a global scale, against 2.5 in 2015. “In Europe, it is 1.5 children. In Asia 2, and almost the same in Latin America, indicates Gilles Pison. There is a continent that has not completed its transition, it is Africa. But mortality has fallen considerably, and so has fertility: women have 4.3 children each, but it was 6.5 40 years ago! Thus, the distribution of humans on the planet will be modified in the coming decades. On a continental scale, Africa is currently home to one inhabitant in six: it will be one in four in 2050 or even more than one in three in 2100, say the projections. Significant changes are also expected at the country level: for example, India should very soon become the most populous country, overtaking China. According to projections, world fertility will fall to 1.8 in 2100.

73 ans. Another phenomenon to explain that the Earth is always more populated: the aging of the population. Here again, all the continents are concerned even if they are not advancing at the same speed, whereas the average lifespan worldwide is 73 years… For example, 67% of 72-year-old men are still alive in Europe, a figure that drops to… 26% in Africa. If Gilles Pison indicates that life expectancy will continue to increase until 2070, it is difficult to know how far. Because the notion of “ceiling” established by demographers has been exceeded each time, to finally be abandoned. “But for the past ten years, life expectancy has not increased as quickly, especially after seasonal flu epidemics and the Covid, estimates Gilles Pison. Haven’t we arrived at this famous ceiling? Everything will also depend on external factors, such as the climate. Circumstances which are not taken into account in the calculations today, “which may ultimately differ from reality”, admits the speaker.