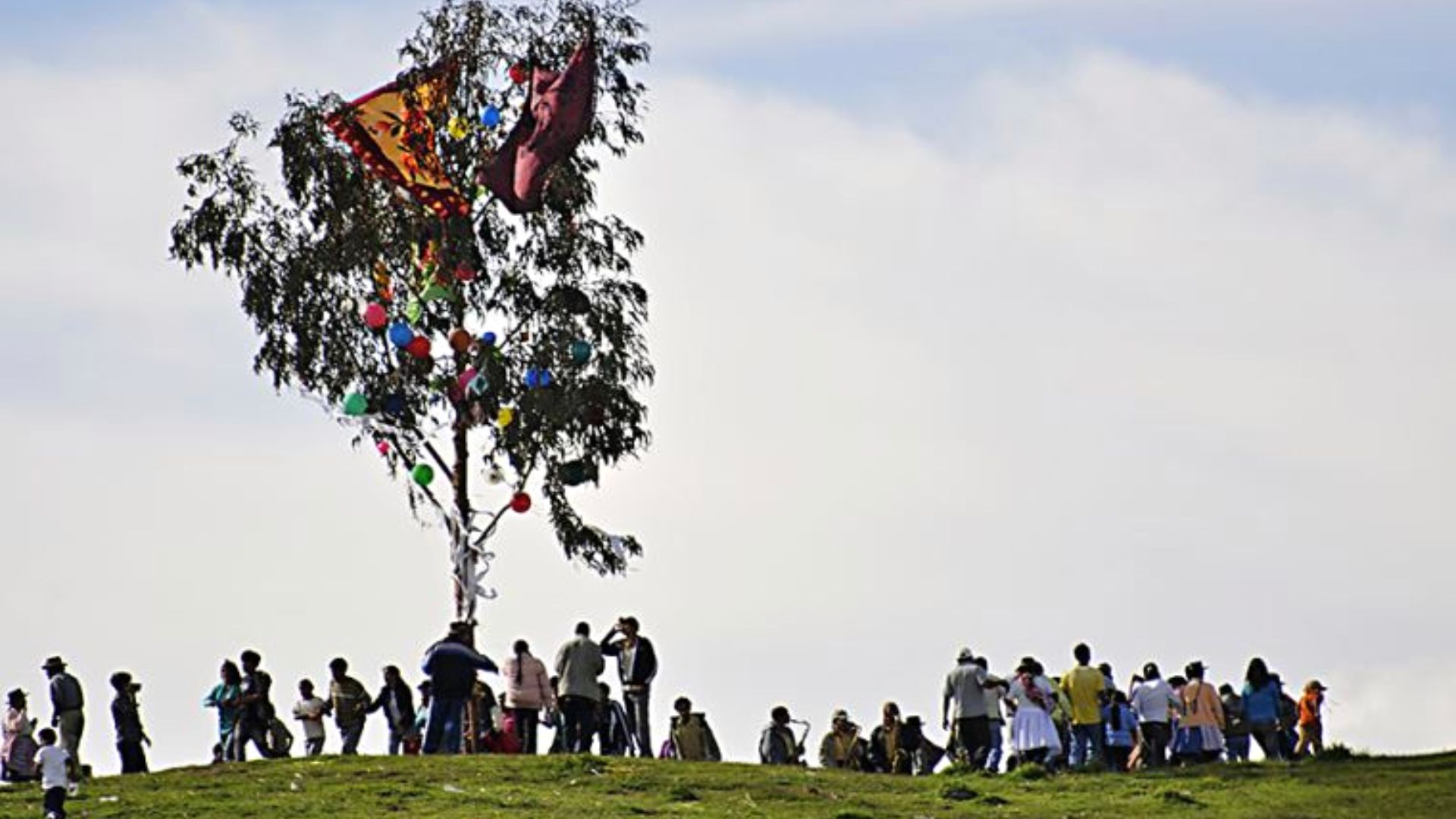 The festivities are unique in each country. In some Latin American territories, there is a celebration that dates back hundreds of years and it is the ‘yunza’, a party full of color and revelry. In Peru, this celebration takes place on the eve of the change of season, from summer to autumn, when the weather becomes hot and humid, and the land becomes more fertile.

This practice has an ancestral origin, because it was made as a sacred offering to commemorate the mother of water, called ‘Madrecocha’. Ceramics from the Moche culture have also been found, where the ‘tree of life’, known as ‘Mallki’, appears.

It is a popular festival celebrated during the carnival season that consists of transplanting a tree, which must then be decorated with gifts, brightly colored ribbons and sometimes balloons. Amidst music and dancing, this must be felled with an axe. This description is found in the Dictionary of Americanisms of the Association of Academies of the Spanish Language (ASALE). 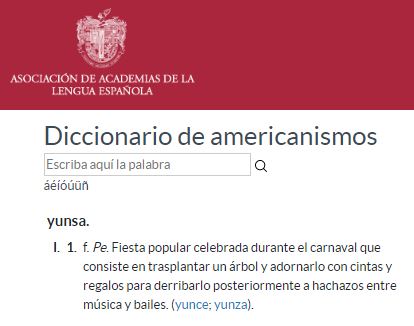 In the case of Peru, there is a more explicit description regarding the customs of the country.

‘Yunza’ is a carnival celebration that consists of dancing around a tree decorated with little mirrors, chains, pennants and loaded with gifts. The people gather to celebrate, cut down the tree on a hill and keep it upright on the days of the festival, according to the description provided by the Dictionary of Peruvianisms of the Peruvian Academy of Language.

It should be noted that the Dictionary of Americanisms recognizes the word ‘yunza’ written with the letter ‘z’ and ‘s’, both forms are valid.

According to the book “The fox from above and the fox from below” by José María Arguedas, we find the following: “That is the yunsa serrana, from Cajabamba, that the cholos now sing and dance at the Casa Grande hacienda.” 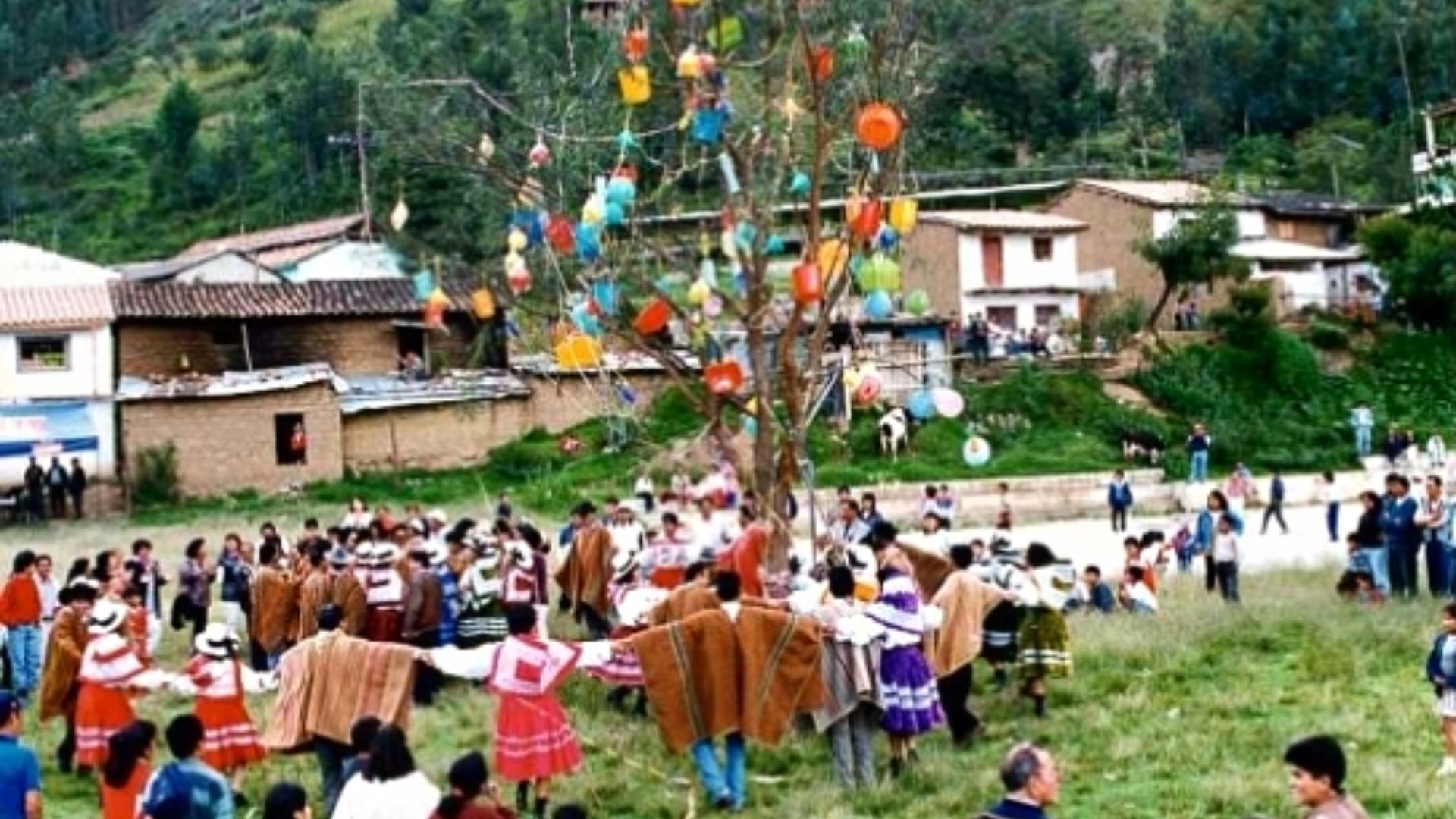 The Peruvian linguist, Martha Hildebrandt makes use of ‘yunsa’, using the consonant ‘s’, and also clarifies that in northwestern Peru the use of the ‘yunce’ variant is preferred.

The celebration of the ‘yunza’ in Peru is quite particular, although there is a general way of doing it, the regions of the country adapt it in their own way. The same thing happens with the name, because in the jungle it is known as ‘umisha’ (tree with gifts), on the coast as ‘cortamonte’ and in some parts of the sierra as ‘sacha cuchuy’ (Quechua), which in Spanish would be ‘cut tree’. The origin of the name is Peruvian, because it comes from the Quechua language.

The general rule that almost everyone follows is to insert gifts into the tree and dance around it to the beat of the music. At the same time, the trunk is cut with an ax or machete, so that it falls so that people can collect the gifts that are in said tree. 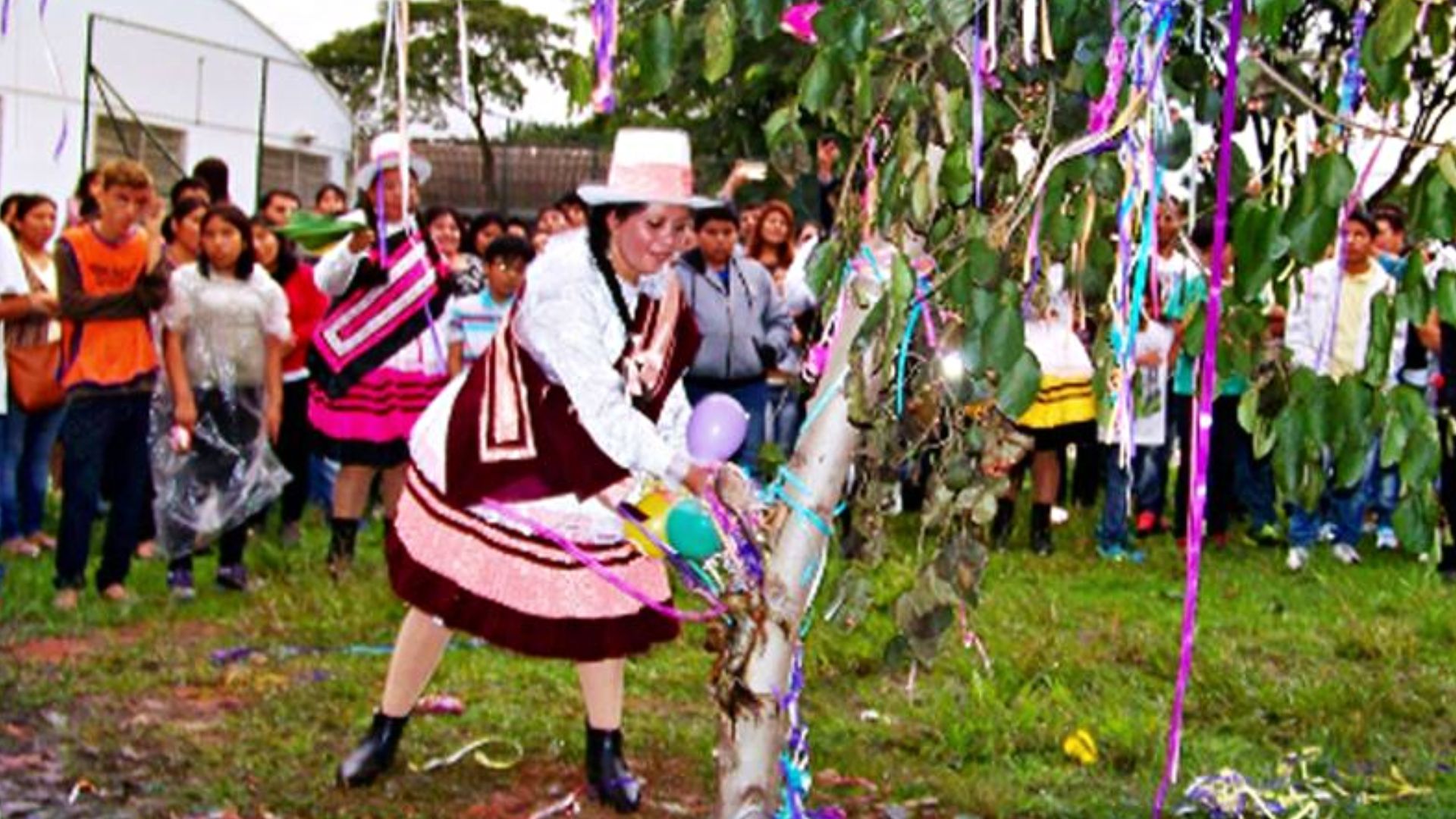 One thing to take into account is that the person or couple who makes the first cut will be the one in charge of organizing the ‘yunza’ for the following year, which also implies assuming the costs that this festivity generates.

The streamer, talc, pica pica and water are other basic implements found in a ‘yunza’ in Peru, since while they dance, they play with these accessories.

FACT: Before the arrival of the Spanish, the ‘yunza’ was made with a stick, instead of a tree, and did not contain gifts. After the merger, the use of the tree was perpetuated, as were the gifts. 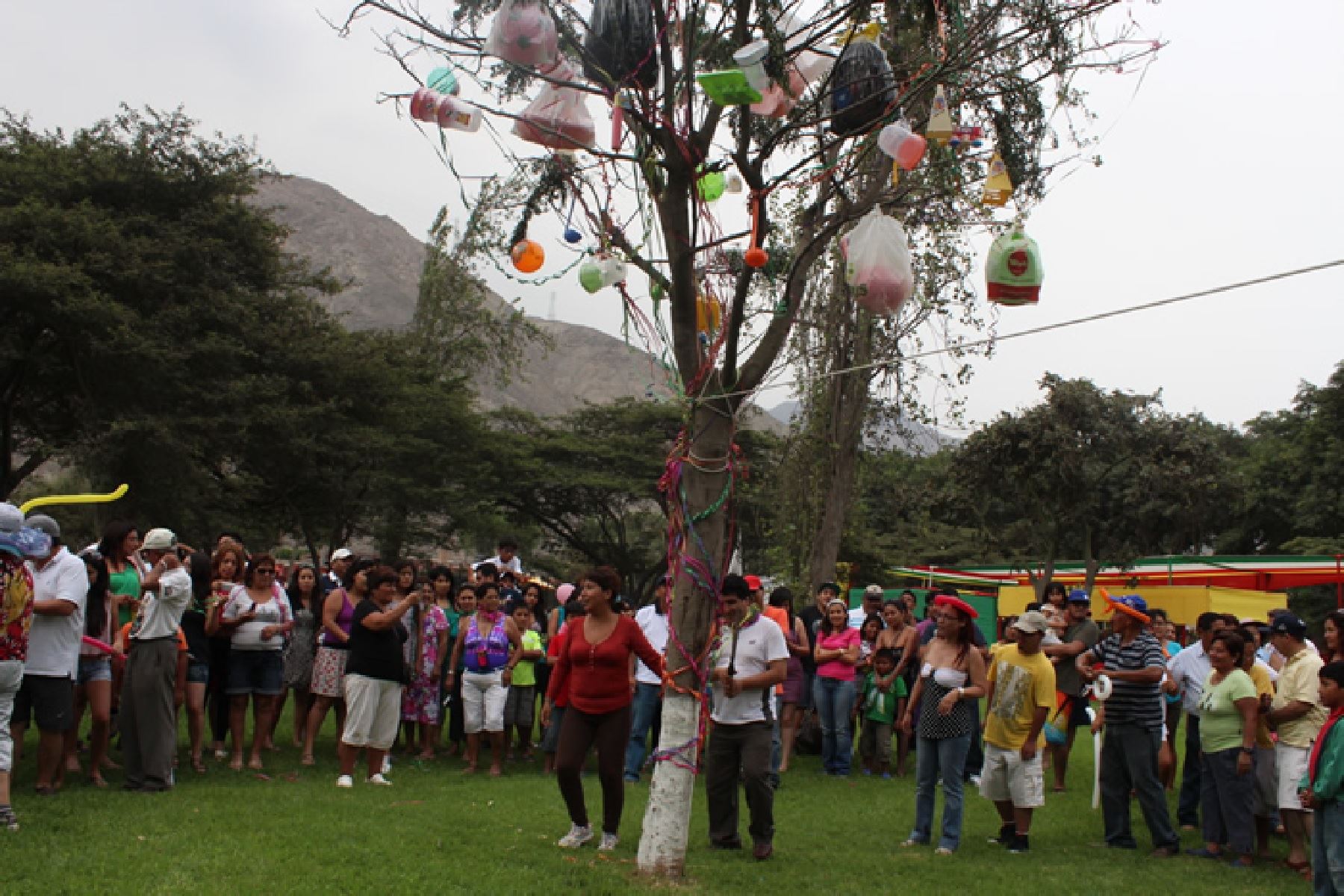 The young man was crushed by a yunza tree. Photo: Andina (Referential)

Some jungle and Andean towns carry out reforestation activities in order not to harm the environment and, in addition, due to ancient heritage, where the care of nature was preserved.

It should be noted that Lima was the scene of great ‘yunzas’ in the 1980s, due to the great Andean migration to the capital; however, currently this celebration has little presence in the ‘City of Kings’.

Unlike Lima, in the Andean and jungle regions, this practice remains intact.

Learn about the other meaning of the word ‘casero’ in PeruDiscover the meaning of ‘taipá’, a word associated with Peruvian gastronomy