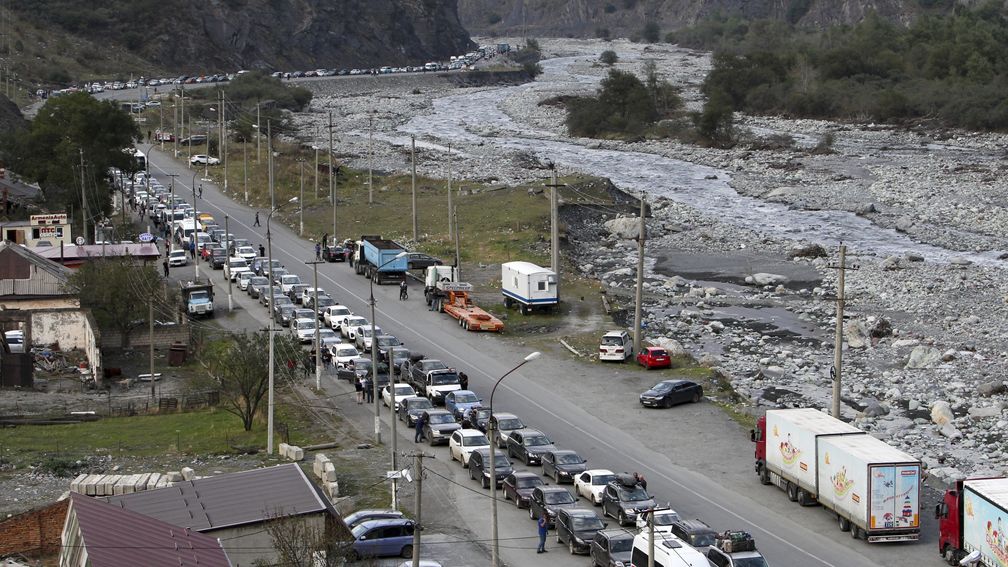 Since President Putin’s announcement of military mobilization, many young Russian men have been flying to Turkey. The country is a sought-after refuge because it does not abide by Western sanctions, and has always kept its borders open to Russians. More than a week after the start of the Russian mobilization campaign, thousands of Russians are believed to have fled to Turkey to avoid being called up to the front in Ukraine.

Immediately after Putin’s historic speech, there was a run on airline tickets to Turkish cities. Prices soon rose to $20,000 for a single Moscow-Istanbul ticket. Despite that high price, there was no free seat to be found within a few days.

Turkish Airlines has now deployed larger aircraft to meet the enormous demand and tickets are available again. The price for a one-way ticket for next week now fluctuates between 1300 and 2800 euros.

More than a hundred planes from Russia

More than 100 flights from Russia land in Turkish cities every day. It’s hard to say how many of the passengers want to avoid the military call. “But you can assume that most of the men who are on those flights will not go back,” said Eva Rapoport of the Russian aid organization De Ark, which operates from Istanbul and helps refugee Russians.

“We also hear stories of people who are now on holiday in Turkey and are not taking their return flights. There are pictures of planes going back to Russia with a lot of empty seats. People just don’t use their return ticket.”

Rapoport: “There are now 130,000 people in our chat groups with questions about escape routes, accommodation and other practical matters. Our waiting list for emergency shelter is long, we certainly cannot help everyone”. Not everyone needs help: many Russians take savings, book hotel rooms and try to rent apartments.

We spoke to Andrey, Roman and Maxim, who fled Russia and are now in Istanbul:

Roma, Andrey and Max decided to flee Russia: ‘This is a one-way ticket for us’

While political dissidents, activists and journalists mainly came to cities like Istanbul and Antalya right after the war, now they are men from all walks of life, according to Rapaport.

“The people who fled to Turkey in March were very clearly anti-Putin, they were Russians who were active in anti-government protests. Now it is just about everyone who is male and over 18 years old. There are people among them. who have little travel experience and have never been abroad”.

Her organization offers places to sleep for those who are in urgent need. This is happening in Istanbul and in the Armenian capital Yerevan, where many Russians are also fleeing to escape mobilization. De Ark will soon also start shelter in Kazakhstan. The organization runs entirely on donations.

The Ark takes a clear anti-war stance, employees hand out buttons with the text ‘Stop the war!’ and a drawing of a pigeon pooping on the Kremlin. Most Russians who knock for help are against the war, Rapoport says. But she takes into account that Putin’s supporters also go abroad. “People who would rather not die for Putin. If such a person comes to us for help, we will not refuse him. But he will be at the bottom of the waiting list. And our waiting list is very long.”

The Turkish government still maintains a neutral position when it comes to the war in Ukraine. President Erdogan expresses support for Ukraine, but also keeps the door open to the Kremlin. Turkey brokered the grain deal and a prisoner swap last week.

There are also concerns about Turkey’s open-door policy, as wealthy Russians in the country can easily evade sanctions. Turkey was also criticized for the use of the Russian payment system MIR, which allowed Russian tourists to go on holiday without any problems.

The United States has warned Turkish companies that trade with Russia could lead to secondary sanctions. In the meantime, the Turkish government has announced that it will stop accepting MIR payments.

The Kremlin also admitted last Monday that the mobilization is not going smoothly. New recruits film the circumstances:

Recruit: ‘We have nothing damn it’