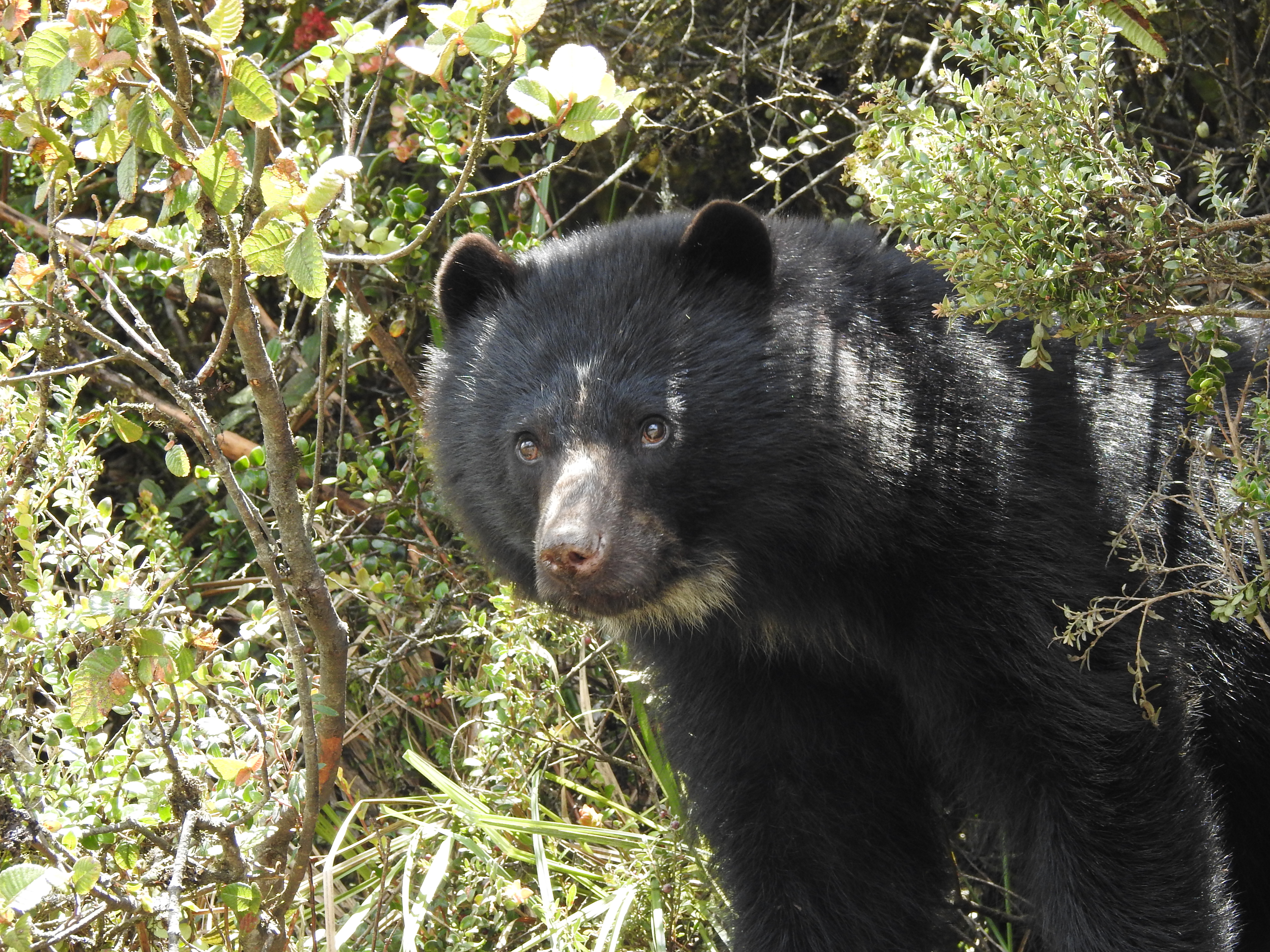 The spectacled bear was seen in Tocancipá. Photo: CAR Cundinamarca.

Tamá was found thanks to the fact that the day before a Jaime Duque Foundation camera captured his movements, after having escaped from the reserve known as Wakatá, in the municipality of Tocancipá. Through a statement, Parques Naturales de Colombia confirmed the finding.

It should be remembered that Tamá escaped on September 15, 2022. It is a protected animal, which belongs to the only species of bear in South America. This specimen weighs about 180 kilograms.

The alerts were immediate and the Regional Autonomous Corporation of Cundinamarca (CAR) was the entity in charge of issuing the statement to find the whereabouts of the animal. According to the entity, Tamá was in quarantine in a special area of ​​the Parque Jaime Duque Foundation’s Bioparque Wakatá nature reserve.

It may interest you: Crossing between Rodolfo Hernández and Juan Carlos Cárdenas for contracting public lighting in Bucaramanga

”Fourteen days after the departure of the Tamá Andean bear from the Wakatá Biopark Nature Reserve, the Jaime Duque Park Foundation informs the entire community that the bear is once again safe and sound in the Biopark”communicated National Natural Parks of Colombia through its Twitter account.

Similarly, the foundation reported that the strategy designed by the team of experts was to track Tamá’s activity and clarify the areas where he stayed the most, installing daily feeding and hydration points to guarantee his well-being.

“The strategy designed by the team of experts, by tracking Tamá’s activity, solidarity, collaboration and receptivity on the part of the entire community, allowed Tamá to return this Wednesday, September 28, safely and effectively”added National Natural Parks.

Tamá’s story began in Santander, since he was rescued there by the Regional Autonomous Corporation (Corponor), precisely because his way of life does not correspond to wildlife, since he was uprooted from his mother’s nucleus when he was still small.

Its loss was worrying because the vegetation near the park is made up of eucalyptus forests, for this reason, they decided to locate food points near the place where they presumed it was.

Now, the next step for the park foundation is to assess the animal, since it lasted thirteen days in a place without the conditions in which it was used to. According to the entity, it can be seen with the naked eye that the spectacled bear lost considerable weight.

As indicated by Corponor, the environmental authority of Santander, Tamá (Tremarctos ornatus) is a mammal of the Ursidae family, they usually measure between 1.30 and 1.90 meters tall and weigh between 80 and 125 kilograms. It inhabits from coastal deserts, through premontane forests to moors.

Finally, the foundation called for reflection on the loss of the habitat of this species, since several studies indicate that spectacled bears are on the verge of extinction, due to their high degree of threat.

The spectacled bear in Colombia

According to reports from the Alto Magdalena Regional Autonomous Corporation (CAM), spectacled bears managed to increase their population, at least in Huila, the department where this species lives, more precisely on the Las Ceibas River in Neiva. It is said that there are about 18,000 adult individuals throughout the world and Colombia has about 5,000, that is, 27%.

Spectacled bear that escaped from nature reserve was seen by camera trap “in good health” What happened to the spectacled bear that was in the Jaime Duque park reserve, in Tocancipá The search for Tamá, the Andean bear that got lost from the park, continues James Duke