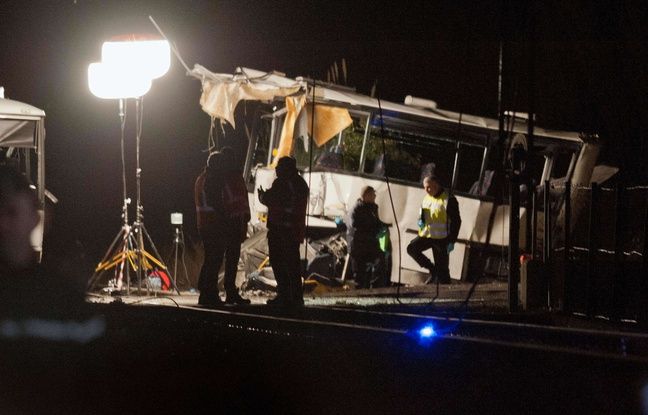 The event, its memories and its sensations are inscribed in the depths of their flesh. “I still hear the cries of this girl”: physical or psychological, accepted or not, the after-effects of the teenagers injured in the fatal collision of their school bus with a train in Millas (Pyrénées-Orientales) in 2017 crossed their stories Thursday in Marseille.

“Today I still have nightmares, I still hear the cries of this girl but overall, I’m better”: it is by the voice of a text read by her mother at the bar that a teenager injured in the accident chose to speak, evoking the complaints of one of his comrades after the shock.

As with many other victims – 17 children were injured, eight of them seriously, in this collision at a level crossing on December 14, 2017 – the traces five years later are also psychological.

“Several months after [les faits], I collapsed as if the accident had just happened, I withdrew into myself, I became distant, ”detailed the young girl in her text. “She became very aggressive, I was afraid for her that at one point she would fuck up,” her mother told the hearing.

Talking about the accident or hearing about it has long been complicated for Raphaël, now an adult. “I never spoke to anyone about it,” he confessed Thursday at the helm. “Personally, I don’t want this trial, it was an accident and I never blamed Nadine Oliveira,” said this tall young man with hair tied in a bun, dressed in a blue hoodie.

The bus driver, Nadine Oliveira, 53, has been on trial since September 19 for homicide and involuntary injury. She was hospitalized following an illness on Thursday in court and the trial has since continued in her absence.

“The only word that came to mind when I woke up on the floor [après l’accident], this is the one from hell,” the teenager continued. This “smell of blood, gasoline and diesel followed me for a long time,” he said. When he evokes the moment when he learns of the death of a comrade, the young man admits that “it’s the only time [il a] cried”, something that he “detests a lot”. Caught up again by emotion on Thursday, he had to take a break.

“Personally, I don’t think I have changed”, nor have “had any trauma from this accident”, nevertheless assured Raphaël, who never wished to benefit from psychological support. An opinion that his mother does not share: “Now I feel that he is asking me for help, that he is having trouble finding what makes him want to live,” she testified.