The king receives thousands of euros inflation correction, but does not return it | royal family

Willem-Alexander, Máxima, Beatrix and Amalia will receive a considerable salary next year thanks to inflation adjustment. Where many Dutch people hope for a few tens extra, the royal family is concerned with tens of thousands of euros. Amalia previously renounced her allowance, but her father does not give his extra euros out of leniency for his fellow citizens.

“It is painful that the Dutch are having trouble paying their bills,” King Willem-Alexander said during the speech from the throne on Prinsjesdag. On the same day, his new salary was also announced: the monarch will improve by 2.8 percent. His wife Máxima, his mother Beatrix and his daughter Amalia also receive compensation for the high inflation. And that hurts.

Due to the cost crisis, many people have difficulty making ends meet. The royal family will jointly receive more than 50 million euros, the highest amount ever. Last year this was 48.2 million euros.

On Prinsjesdag, the king and his family were waved with inverted Dutch flags, accompanied by whistles and booing. Protest against the royal family is not new, but the resistance never seemed so great.

Princess Amalia is the only one who seems to be listening to this criticism so far. During her study period, she forgoes her income, which is estimated at EUR 300,000 per year. In addition, she would theoretically receive 1.4 million euros for personnel and material expenses. But this amount also goes back into the state treasury, unless it incurs high costs for this. 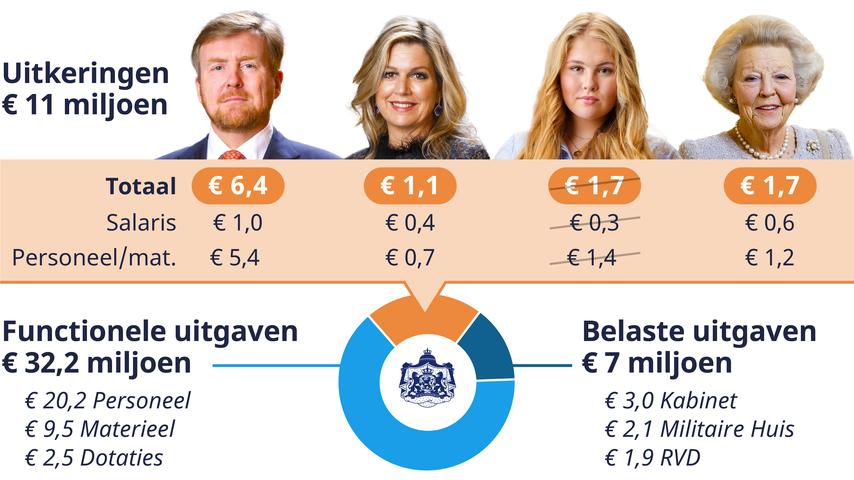 The income of the royal family in 2023. These are rounded amounts.

Income is fixed by law

Many wonder if the king is following his daughter’s example. Many people can still understand that he does not return his full salary. But the amount is already so high, which is why they wonder whether his inflation correction, an amount of several tens of thousands of euros, is really necessary.

The composition and development of the royal family allowance is constitutionally determined by Parliament. The income that the family receives is fixed. Refusing them is against the law and is therefore prohibited. Refunding part of the money is an option, but the king does not.

The amount consists of two components: A (actual income) and B (personnel and material expenses). The A component (more than 1 million euros in the case of Willem-Alexander) can be compared with the salary as most people know it. It is about money to buy groceries and provide for other necessities of life.

Willem-Alexander uses the B component (6.4 million euros for the king) to pay the royal household. In addition, you can see it as an expense allowance to ensure that the king is representative. Think, for example, of a tailor-made suit that he wears during a working visit.

The members of the royal family therefore have no influence on these two components. That influence can only come through politics, because it requires a change in the law. Willem-Alexander could therefore in theory, just like Amalia, choose to pay back part of it himself. That is the easiest way, because a change in the law would take a lot of time. 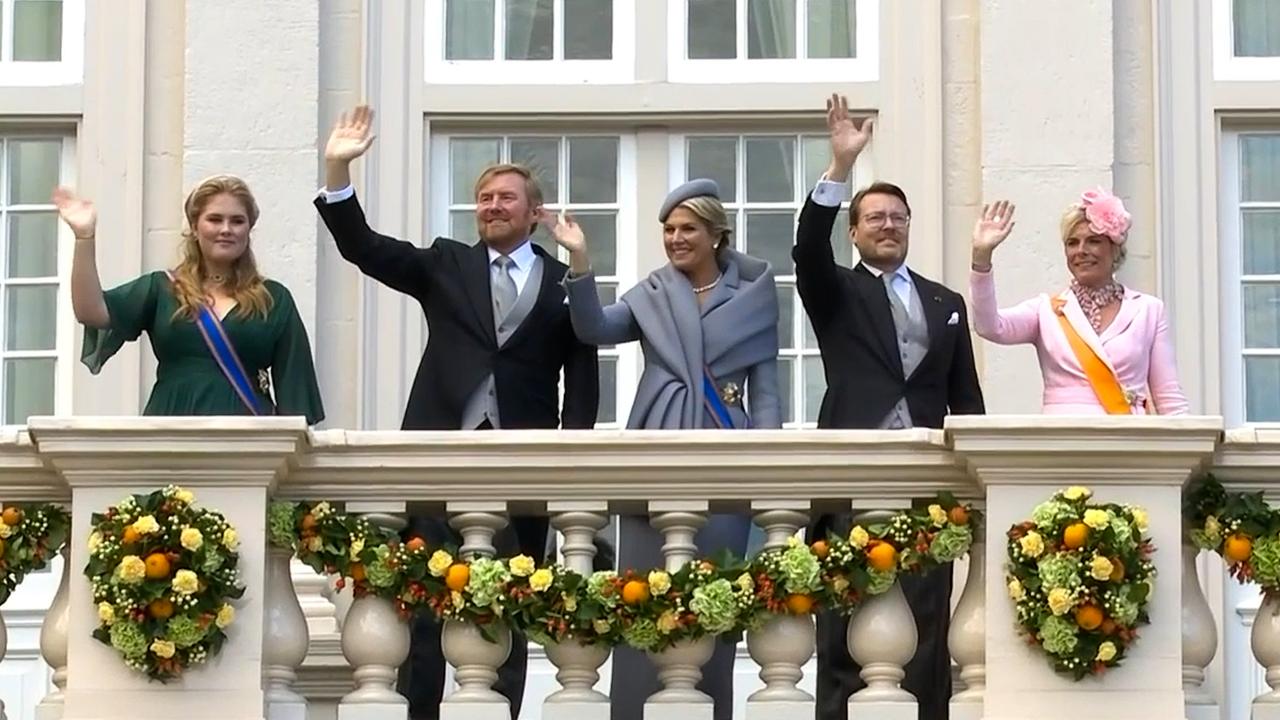 The A component (salary) depends on how the net income of the Vice President of the Council of State develops. This income in turn follows the development of the income of civil servants. If government officials receive an increase due to inflation, the same is true for members of the royal family.

But where civil servants and ‘normal’ people pay income tax on what they earn, Willem-Alexander, Máxima, Beatrix and Amalia largely do not have to. That part concerns expenses that are “important in the performance of the function”. They have to pay income tax on the rest of their salary. And they ‘just’ pay VAT on their expenses.

What is certain is that confidence in the royal family is falling. Less than half of the Dutch have confidence in the functioning of the king, according to the annual national popularity survey about the royal family. Willem-Alexander’s score is also falling: a 6.7 this year. A gesture towards the people could perhaps change this – but for the time being, that is not the case.