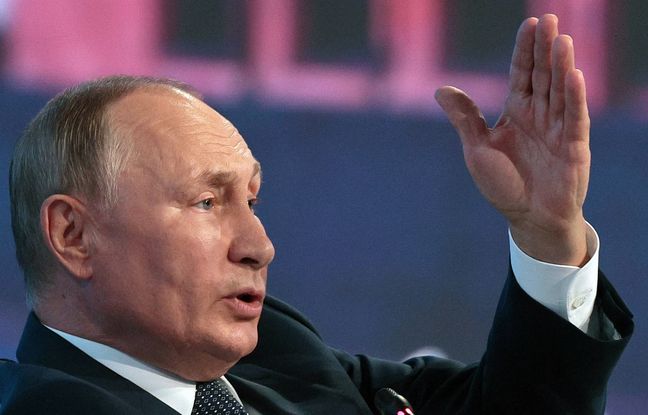 Did you miss the latest events on the war in Ukraine? Don’t panic, 20 Minutes takes stock for you every evening at 7:30 p.m. Who did what ? Who said what? Where are we? The answer below:

Russia strongly denies the sabotage of Nord Stream gas pipelines in the Baltic Sea. It is “stupid and absurd” to suspect Moscow of being behind the massive leaks detected after explosions hit Nord Stream, the Kremlin has said, while Europeans denounce “sabotage”.

“It was quite predictable” that some would blame Russia, Kremlin spokesman Dmitry Peskov told reporters. “Predictable, stupid and absurd”, he added, saying that the leaks affecting Nord Stream 1 and 2 were “problematic” for Moscow, because the Russian gas leaking from them “is very expensive”.

The number of the day

30.000 Ukrainian soldiers have received a medal of bravery since February 24, when the invasion began, President Volodymyr Zelensky said in a video address to students and staff at Harvard University.

You know that you can count on our loyal support for the cause of the freedom of the Ukrainian people. Stay strong and keep your faith unwavering!

This is the tweet – in English – from Giorgia Meloni to Ukrainian President Volodymyr Zelensky. Ukraine will indeed be able to count on the support of the next Italian government, assured Tuesday evening the future Prime Minister of the country, after her post-fascist party, Fratelli d’Italia (FdI), won the legislative elections on Sunday.

The pro-Russian authorities of the Ukrainian regions of Lugansk and Kherson announced on Wednesday that they were asking President Vladimir Putin to join Russia, the day after a vote of annexation widely condemned by the international community.

“Dear Vladimir Vladimirovich (…), I ask you to consider the question of joining the People’s Republic of Lugansk to Russia as a subject of the Russian Federation,” said the pro-Russian separatist leader of Lugansk (is ), Leonid Passetchnik, in a text published on Telegram. A similar letter was sent by Vladimir Saldo, who heads the occupation administration in Kherson (south).