After businessman Ricardo Salinas Pliego announced that he plans to choose 12 or 15 people who interact with his accounts on social networks to invite them to your birthday party, this Thursday revealed that he will also give away “one million”; however, he did not specify if he was talking about money or something in particular.

Through Twitter, the founder of Grupo Salinas explained that, after a question from his father, now “I’m going to give away a million”. 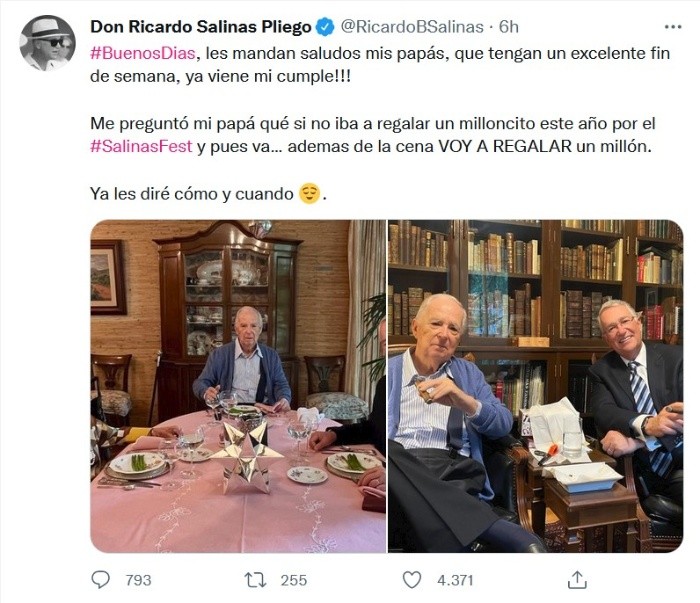 “Good morning, my parents send you greetings, have a great weekend, my birthday is coming up!!! My dad asked me if I wasn’t going to give away a million this year for the #SalinasFest and well… In addition to dinner, I am going to give away a million”, reads the tweet of the Mexican tycoon, who He shared a couple of photos where he can be seen living with his parents.

Likewise, the same businessman said: “I’ll tell you how and when.”