Protesters blocked access to Terminal 1 of the AICM; these are the road alternatives 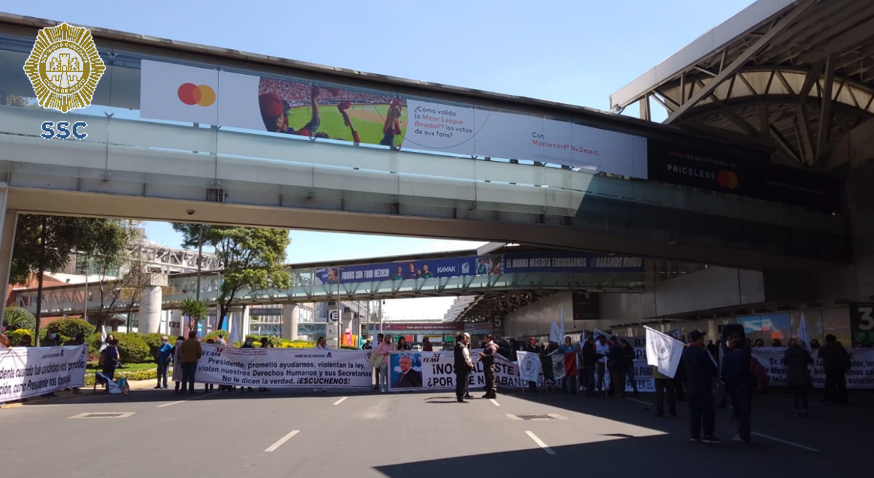 A group of protesters maintain a blockade at the Mexico City International Airport (Photo: OVIAL SSC)

Given the omission that authorities have maintained to their multiple demands, a group of just over 80 protesters maintains a blockade at Gate 3 of Terminal 1 at the Mexico City International Airport (AICM).

The protesters identified themselves as retirees of the extinct Mexicana de Aviación airline and, with their protest, they hope to attract the attention of President Andrés Manuel López Obrador to expose their disagreements and jointly seek a solution to their demands.

Due to this blockade, hundreds of motorists and users of the well-known air port have begun to suffer damage to road traffic, for which the Ministry of Citizen Security (SSC) through its Road Orientation Center (OVIAL) has made available to the alternative road citizenship to avoid the area.

According to said dependency, circulation remains closed on Avenida Capitán Carlos León from Circuito Interior, so they recommend avoiding the area through Eje 1 Norte, Avenida Tahel and Avenida Oceanía.

In the same way, through its social networks, the International Airport of Mexico City (AICM) gave part of the blockade that until the moment in which this note is written remains at the height of Gate 3 in Terminal 1 of the airport. air port located in the Venustiano Carranza town hall.

For this reason, vehicles belonging to the Mexico City International Airport (AICM) were made available to passengers to transport them to the vicinity.

Another option that users of the Benito Juárez International Airport can take to avoid the blockade of the protesters is to enter the air port through Terminal 2 and once there board the airtrain that provides the transfer service for Terminal 1. 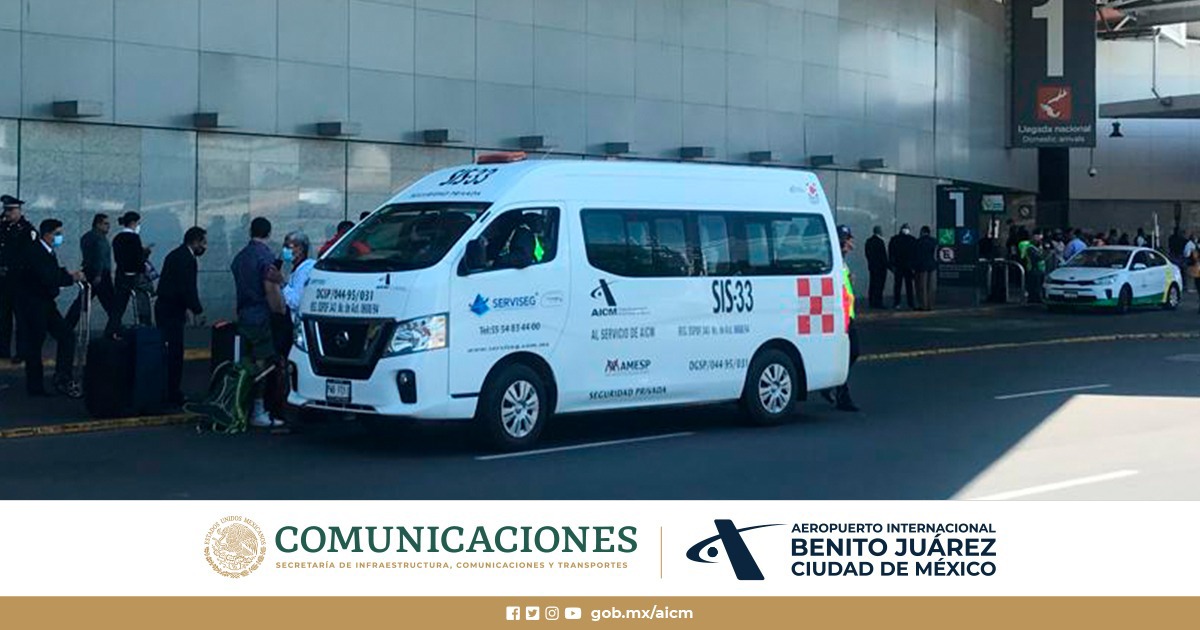 As mentioned above, the protesters maintaining the blockade at the Mexico City International Airport (AICM) are retired workers from the Mexicana de Aviación airline, which disappeared more than a decade ago.

However, former employees of said company maintained a space inside the Benito Juárez International Airport where they had established the sale of food and various items at the counters of the extinct airline.

Personnel from the Secretary of the Navy (Semar) and from the same air port evicted the former workers at the beginning of September, so now the Association of Retirees, Workers and Former Workers of the Mexican Aviation (AJTEAM) seeks to recover said space under the argument that, with the closure of the airline, around 70 families were left without resources or economic support. 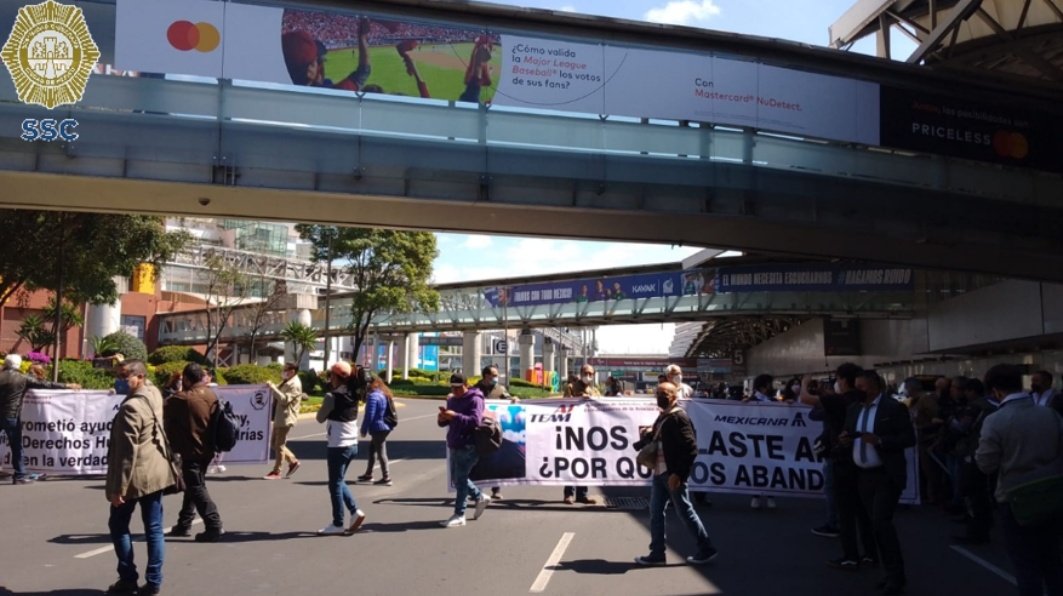 The protesters are retired workers from the Mexicana de Aviación airline (Photo: SSC)

In said statement, the director of the Association of Retirees, Workers and Former Workers of the Mexican Aviation (AJTEAM), Fausto Guerrero, assured that the government of former President Enrique Peña Nieto had officially given them possession of the space they occupied inside from the International Airport of Mexico City (AICM) by loan, for which he described the eviction as an illegal act.

With these precedents, the Association of Retirees, Workers and Former Workers of the Mexican Aviation (AJTEAM) will seek to denounce the director of the Mexico City International Airport (AICM), Carlos Velázquez Tiscareño, through criminal and civil proceedings.

Turbulent morning in CDMX: brutal accident in Axis 3, operation in Morelos and fire in Iztapalapa business Budget cut from the INE goes: Chamber of Deputies challenged the SCJN with approvalThe three states of Mexico with the most debt and how much each inhabitant would contribute to pay it