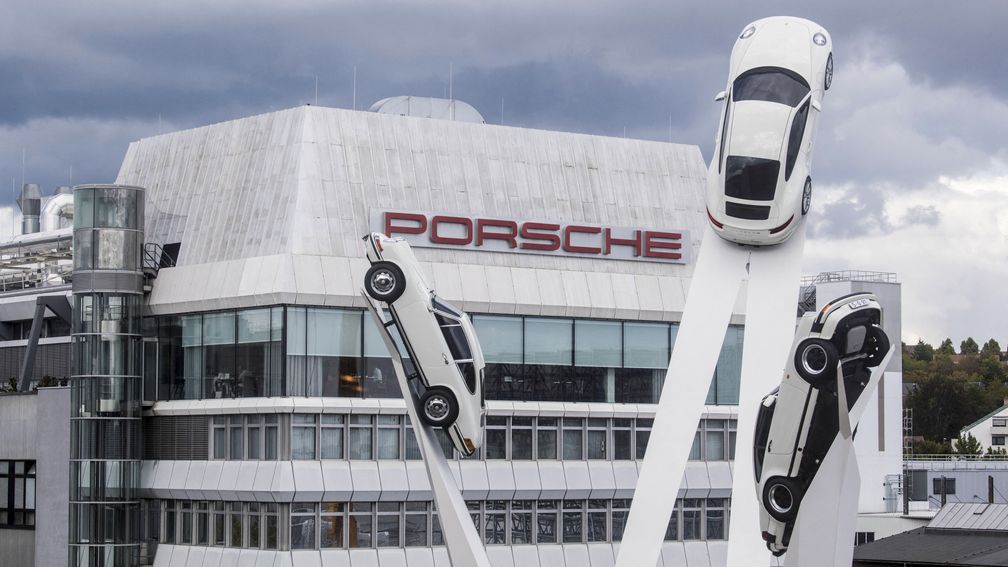 Frankfurt is today the scene of the largest IPO in Europe in more than twenty years: sports car maker Porsche gets its own stock exchange listing, with parent company Volkswagen AG selling a quarter of the stake in the subsidiary.

The money that this IPO will generate, estimated at around 10 billion euros, will mainly be used by Volkswagen for new factories and technology for electric driving. The energy transition requires a lot of money and simply borrowing money from the bank is becoming much more expensive with the increasing interest rates.

In the run-up, Volkswagen was counting on a price of between 76.50 to 82.50 per share. The exact issue price was set at 82.50 euros last night. That issue price means that the entire Porsche car company has a price tag of 75 billion euros.

An IPO is not so obvious at the moment. The stock market climate is turbulent: prices are going up and down, the economic outlook is deteriorating, there is high inflation and high interest rates, a war is raging and an energy crisis is underway. Nevertheless, Volkswagen and Porsche persist.

Porsche is a child of car manufacturer Ferdinand Porsche. It was he who commissioned Hitler in the 1930s to have the Volkswagen Beetle built as a real Volkswagen, a car for and by the people.

Ferdinand Piëch, the grandson of Ferdinand Porsche, became the boss of the Volkswagen Group in the 1990s. Porsche bought into Volkswagen from 2005 and owned 75 percent of the shares of Volkswagen in 2009. In 2010, the two car manufacturers merged. They built Volkswagen into the largest car manufacturer in Europe. The car manufacturers had a few sober years after 2015 as a result of the cheating diesel scandal. This cost the company a lot of money and caused considerable damage to its reputation.

Volkswagen and Porsche are essentially still a kind of family business, with the Porsche and Piëch families as major shareholders.

Subscribing to Porsche shares is not for everyone. The subscription is only open to investors from Germany, Austria, France, Italy, Spain and Switzerland. It is also known that four large foreign investment companies have subscribed for a third of the shares. Qatar Investment Authority, Norges Bank, T.Rowe Price and ADQ together account for 3.7 billion euros.

Due to the size of the company, the reputation of the brand and the lack of other IPOs, many investors have been busy with the IPO of Porsche for weeks.

The Netherlands was one of the largest buyers of the Porsche. In 1960, the Porsche was chosen as a surveillance car at the AVD, because the Porsche met the requirements set perfectly: an open car, fast, a good braking distance and road holding and reliable. Every Friday at the Porsche factory, the last five Porsches that rolled off the production line were prepared as police cars. A total of 509 Porsches have served with the National Police.

Production line of the electric Porsche Taycan in Stuttgart

The Porsche IPO comes just a month after the forced departure of Volkswagen CEO Herbert Diess. Diess did not sit well with Volkswagen. He tried for four years to help Volkswagen make the transition to electric driving more quickly, but because of his style and views he was regularly at odds with his managers and the works council about the course and reorganisations.

Diess’ successor is the current Porsche CEO Olivier Blume, who combines the Vorstandsvorsitzender of Volkswagen AG with that of Porsche.

Porsche’s turnover in 2021 amounted to 8 billion euros. The company realized that with 37,000 employees. The expensive sports cars yield relatively high profit margins and the buyers of a Porsche are usually wealthy. The cheapest entry-level model, the electric Porsche Taycan, costs 91,000 euros. The most expensive, the Porsche 911, is available from 196,000 euros. With all the extras, it even costs 360,000 euros.

How does an IPO work?