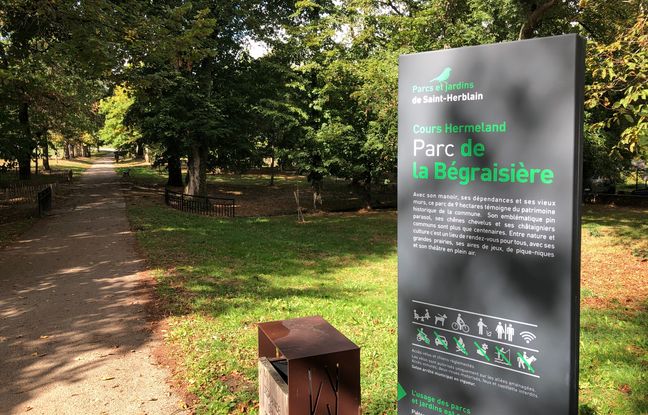 A judicial investigation for assassination was opened this Thursday by the Nantes prosecutor’s office following the discovery, around 7 a.m. this morning, of a lifeless body, in a meadow in the Bégraisière park, in Saint Herblain, in the western suburbs of Nantes. At 5 p.m., the victim had still not been able to be identified because of the significant burns he had on his trunk and head. “It seems to be a young man”, only indicates Renaud Gaudeul, public prosecutor.

If there is little doubt about the criminal hypothesis, it is also because an “orifice that could be a ballistic orifice” was found “on the forehead” of the victim. A firearm casing (category B) was found near the body, which “suggests that the shooting took place on the spot”, specifies Renaud Gaudeul.

The body was also “presumably set on fire at the scene”. An autopsy must be performed in the next few hours to determine the causes and date of death. “Given the location of the body, we are certain that he was not there on Wednesday,” adds the public prosecutor.

Is this crime related to another case? We think, in particular, of this person kidnapped in the middle of the day by hooded individuals near Nantes station on September 8th. She has never reappeared since. “We can’t make a connection at this point. But it is a hypothesis on which we are working, ”says Renaud Gaudeul. The prosecution also refuses to establish a link with the shooting in the middle of the street which occurred in the Dervallières district on Wednesday afternoon. A teenager was seriously injured by two bullets received in the chest.