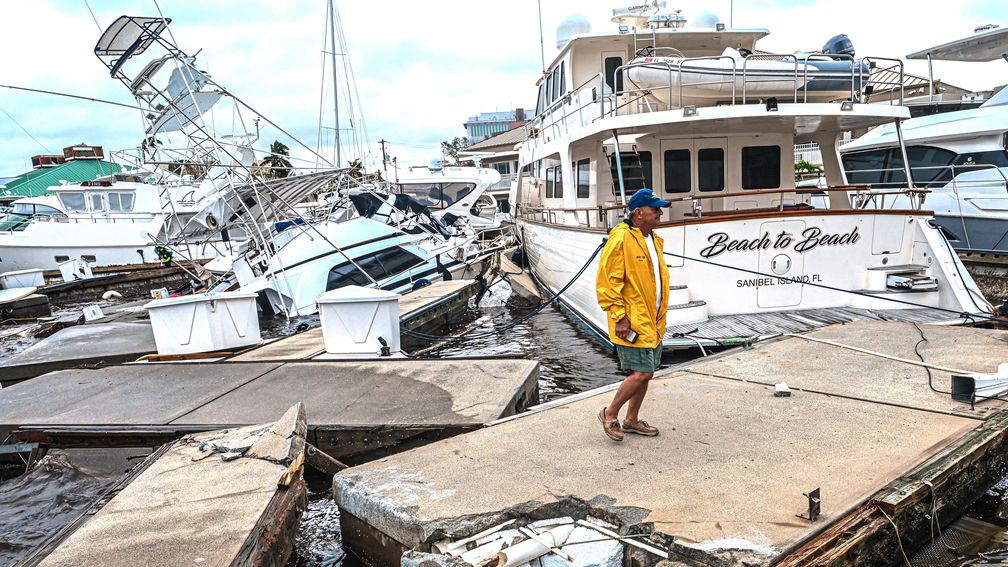 Hurricane Ian has swept across Florida since last night and has now reached the Atlantic Ocean. The fourth category hurricane caused tidal waves and flooding. There has been at least one death due to the natural disaster, almost 2.7 million people were without power.

It is one of the strongest storms to ever hit the mainland of the United States, according to the American news agency AP. In a number of places the water is between 2 and 3 meters high. Even in Orlando, far inland from Florida, people saw water up to their waists.

“The storm has crushed us,” the sheriff of the town Lee told TV show Good Morning America. He said roads and bridges are impassable, leaving thousands trapped where the hurricane made landfall with winds of up to 150 miles per hour. “We can’t say yet how many people are in need.”

A 72-year-old man died after falling into a canal. Previously, Ian took the lives of two people in Cuba. It is feared that more people have died. The coastguard is looking for a boat with about 20 Cuban migrants that disappeared during the storm.

A section of the Sanibel Causeway, a bridge linking Sanibel Island and the rest of Florida, has fallen into the sea, leaving people unable to leave the island. In Naples, south of Sanibel, the historic pier was destroyed.

President Biden has declared Ian’s destruction a major disaster. As a result, residents of the affected areas can claim financial and other assistance, such as temporary shelter and repairs to their homes. FEMA, the federal emergency response agency, assists local authorities in search and rescue.

Ian weakened to a tropical storm over Florida, but could swell into a hurricane again over the Atlantic. The storm is expected to move further to the coast of South Carolina.