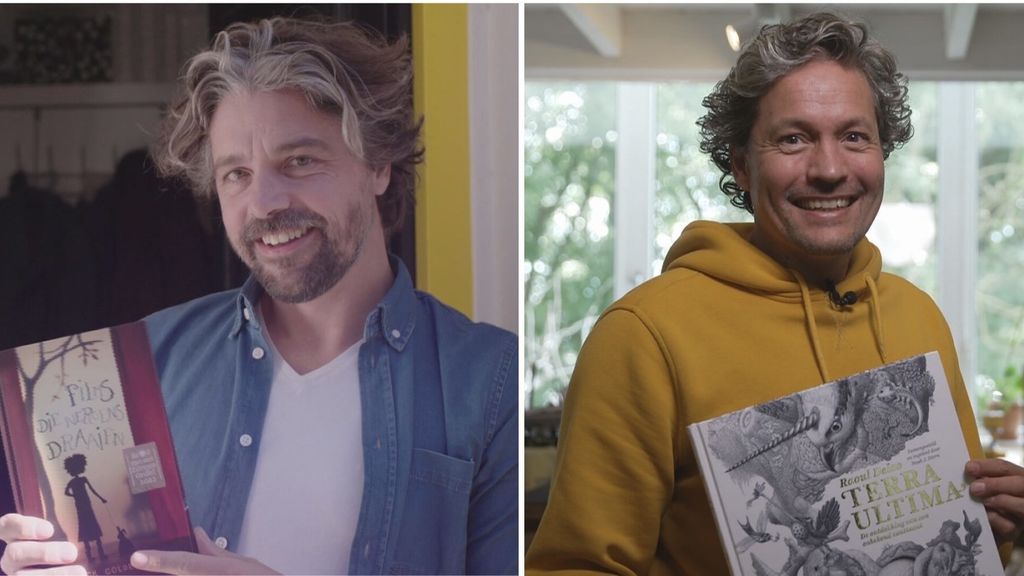 The jury calls Films that do not run anywhere an exceptionally gripping story. “Each page grabs you and doesn’t let go until you’ve started the next.” According to the jury, 43-year-old Goldewijk writes visually and evokes amazement, pleasure and emotion.

The book is about the 12-year-old girl Cato, whose mother died at birth. When she finds a mysterious ticket to an abandoned cinema at home, she decides to take a look there and discovers that something strange is going on with the cinema.

“The story keeps the reader captivated until all the puzzle pieces have fallen into place and the reader closes the book with wet eyes. Films that do not run anywhere is a magical book that shows what children’s literature can do,” according to the jury report.

Terra Ultima, which previously won the Woutertje Pieterse Prize, is about an imaginary continent of the same name with undiscovered animals. According to the jury, it plays with the conventions of text, image and design and the reader can make new discoveries time and again.

The jury finds the fact that the story originated from the illustrations is innovative about Terra Ultima. “Around those beautiful drawings, a unique story has been made up about the illustrator’s expeditions to an unknown continent.”

“Through the page layout, drawing styles and scientific descriptions of species, Terra Ultima refers to old-fashioned nature encyclopedias in which animals and plants were reproduced as faithfully as possible,” the jury wrote. The plates are called “overwhelming, breathtaking and particularly finely drawn” and according to the jury the illustrations invite young and old to take a look.

Last year, the book Gozert by Pieter Koolwijk with illustrations by Linde Faas won the Gouden Griffel. Whole stories for half a soldier by illustrator Ludwig Volbeda and writer Benny Lindelauf was then awarded the Golden Brush.