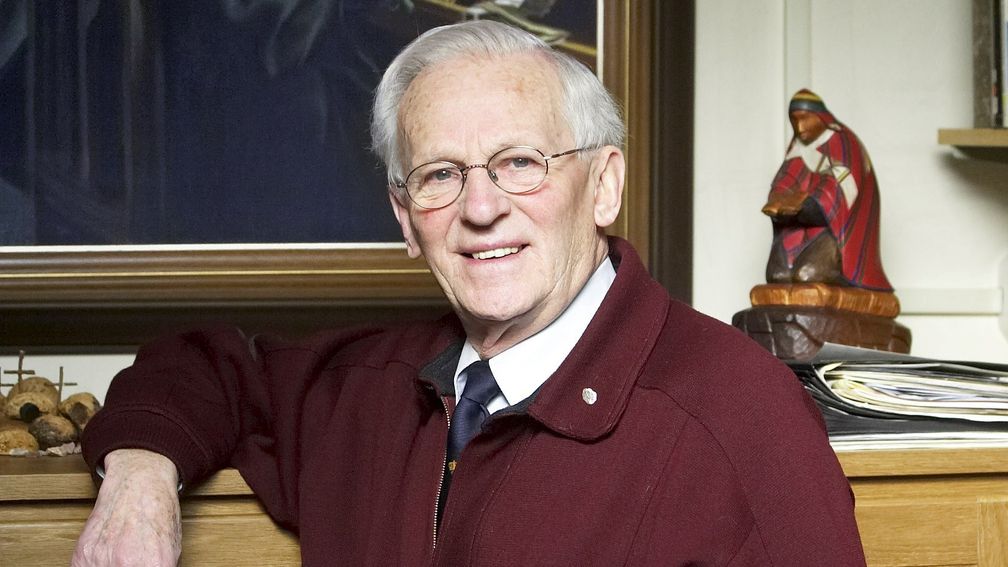 Founder Anne van der Bijl of the Christian aid organization Open Doors passed away yesterday at the age of 94. The evangelist maintained contact with Christians abroad who were not allowed to practice their faith freely and drew attention to their fate.

Van der Bijl, known abroad as Brother Andrew, trained as a missionary in Scotland after his military service in Indonesia. From 1955 he traveled regularly to communist countries and spoke to fellow believers who expressed a need for Bibles.

Van der Bijl set up a smuggling route for bibles and in 1957 founded the organization De Akker is de Wereld, also known as the Crusades. This foundation stood up for persecuted Christians, but also set itself the goal of spreading Christianity. Later the foundation was called Open Doors. Today, the organization is active in more than sixty countries, with a total of 1,000 employees. The organization annually compiles a ranking of countries where Christians are persecuted.

In 1967 the book God’s Smuggler was published, in which Van der Bijl told about his adventures in the then Eastern Bloc countries. The book was very well read, especially in Christian circles, and a series of reprints followed. More than ten million copies were sold worldwide.

According to Van der Bijl, the success of the book made it difficult for Van der Bijl to travel to communist countries. He then turned to the plight of Christians in Israel and the Palestinian territories.

Van der Bijl received many awards in religious circles. He received an honorary doctorate from the California School of Theology. In 1994 he was made an officer in the Order of Orange-Nassau.

Condolences are pouring in from the Christian world. In a response, SGP leader Kees van der Staaij calls the evangelist “an ardent and inspiring advocate for persecuted Christians. He did this with great passion and commitment and was therefore a source of inspiration for many people to this day.”