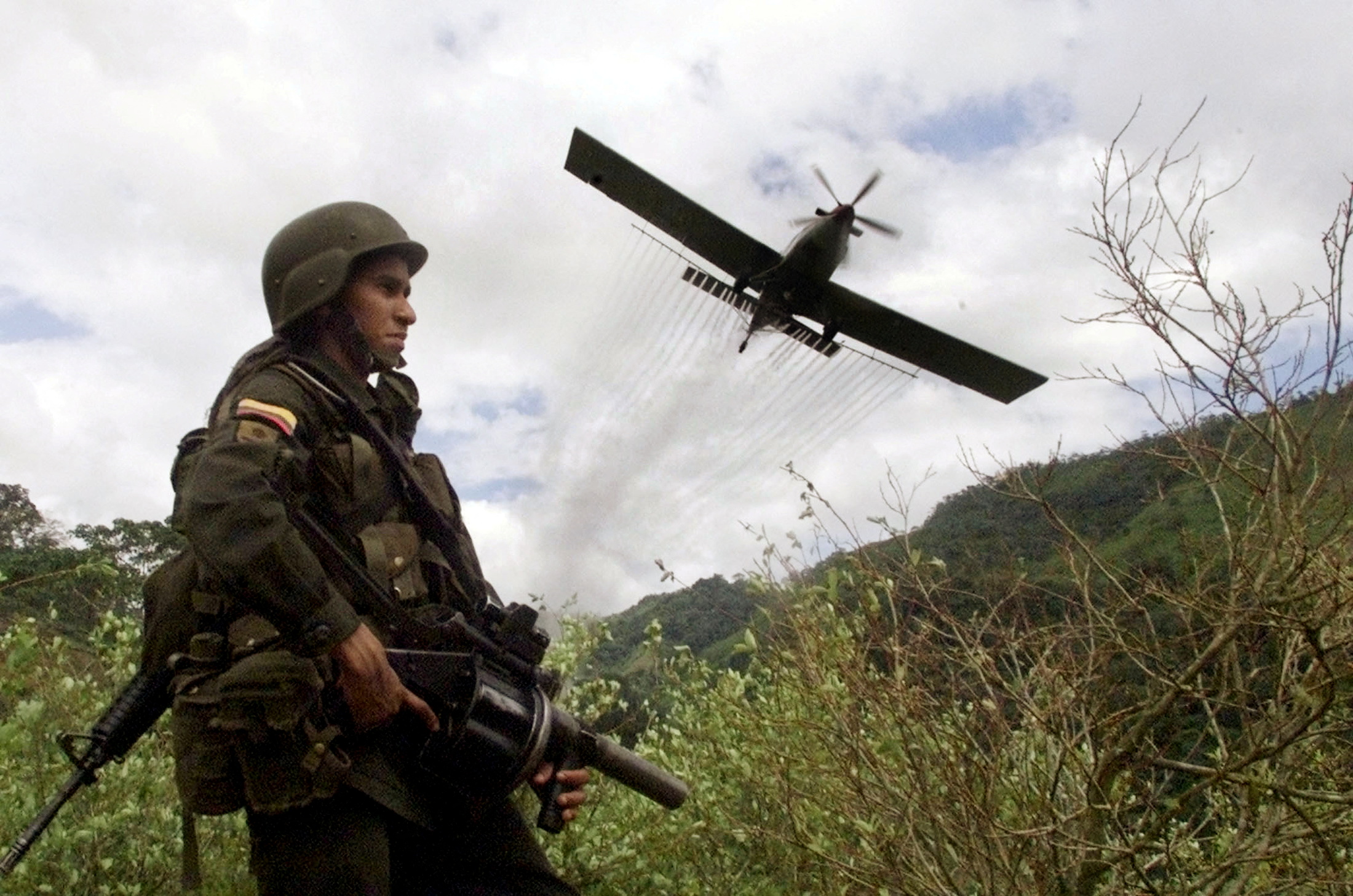 Recently, the Council of State, through the Administrative Litigation Chamber, indicated that the Ministry of National Defense, through the National Police of Colombia, must pay Salamanca Oleaginosas SA $450 million for affecting 8,000 wax plants by fumigating them with glyphosate advanced in Tumaco, Nariño, in 2011.

The document of the judgment of the Council of State indicates that “the decision to annul the defendant acts that denied financial compensation according to the procedure provided for in Resolution 008 of 2007 of the National Narcotics Council is confirmed, and the payment of compensation is ordered. provided for in said resolution.

Also, he indicated the amounts to be paid by the National Police for the affectation of this crop; The first concept is the installation value of the harvest of “year three of production” of wax plants for a value of two hundred and forty million, two hundred and eighty thousand, eight hundred and thirty-four pesos, with three cents ($240,280,834.03).

The second concept is for the “year three” harvest of the production of the 72 hectares or also 432 tons of oil, which represents fifty-eight million pesos ($58,000,000), among other concepts that gives a total of $450 millions.

It should be noted that in the first instance, the Administrative Court granted the compensation demanded by the company, since it was possible to demonstrate that there were no illicit crops in that wax plantation. Despite the appeal of the Police on these claims, finally, in the second instance, the Council of State ratified the sentence in favor of those affected.

Regarding the spraying of illicit crops by glyphosate, the Constitutional Court on several occasions (since 2015) has stopped the aerial spraying of glyphosate, used to eradicate illicit coca crops in the country.

In January, the Court overturned the claims of the government of former President Iván Duque, who wanted to revive this type of coca leaf eradication, as part of the strategy to share drug trafficking in the country.

The Court recognized “the fundamental rights to due process, participation, prior consultation and access to information of the plaintiffs”, before the possible resumption of this technique of forced eradication of illicit crops, suspended since 2015.

To return to that strategy, at that time, the National Police had presented an Environmental Management Plan (PMA) in order to avoid the effects of glyphosate on minority communities in the areas where the coca plant is planted. In addition to a prior consultation of the indigenous communities of those areas to carry out these operations.

Duke at the time showed his concern about the decision. “Drug trafficking is what finances many of the illegal armed groups that attack the Colombian people – explained the president -. Confronting it is a moral duty, we cannot let drug trafficking feed Colombia and we will continue to confront it with all the determination”.

And he added “I want to make a reflection thinking about the country: we have to face the phenomenon of drug trafficking with all the tools we have at our disposal.”

The President of Colombia ordered to lift the prohibitions to enter the country, including that of Nicolás Maduro ordered by DuqueIván Velásquez after a meeting with Fedegán: “The Government rejects any germ of organization”Peace Agreement: Gustavo Petro reproaches entities that are not collaborating with the implementation