FIFA 23 is out and that means we can start building a team again in FIFA Ultimate Team, play manager in career and roam the digital amateur fields in Pro Clubs together with friends. It is the very last edition of EA to bear the name FIFA and we wondered whether the maker of the football game might have stepped up a gear because of this.

Personally, I started FIFA on the PlayStation 2. As a young boy who played Pro Evolution Soccer day in and day out, I wanted to see how that other soccer game played. One day I saw FIFA 06 on sale in the Bart Smit, after I bought PES 3 in the same place years earlier. At the time, PES had the legendary referee Pierluigi Collina on the cover and that was the only game I could afford. A golden choice, as it turned out, because this was the period when Konami’s football game was still lord and master. Still, as I said, there was something in me that showed an interest in FIFA.

Looking back, it’s not surprising that at some point I started playing FIFA next to it. It was a bit more mainstream, and that was even more pronounced a few years later with the release of FIFA Ultimate Team in FIFA 09. At the time, it cost a tenner to participate, while a year later with FIFA 10 in the package. was included.

Putting it together turned out to be a lot of fun. Both for the players and for EA itself. Ultimate Team yields a lot of money and that makes FUT the showpiece of FIFA 23. For years, other modes within FIFA have suffered from the success of Ultimate Team. Fortunately, that seems to be less the case this year. The major adjustments within FIFA Ultimate Team are within the foundation: Chemistry is completely overhauled. I think this is an excellent choice, especially since you saw the same teams year after year. Everyone imitated each other and now you can see right away that much more creativity is needed or released when tinkering with a team. Cards in the game no longer experience negative effects if they are not on the correct Chemistry count. A keeper is fine in the striker (except that he does not have the right attributes for that). 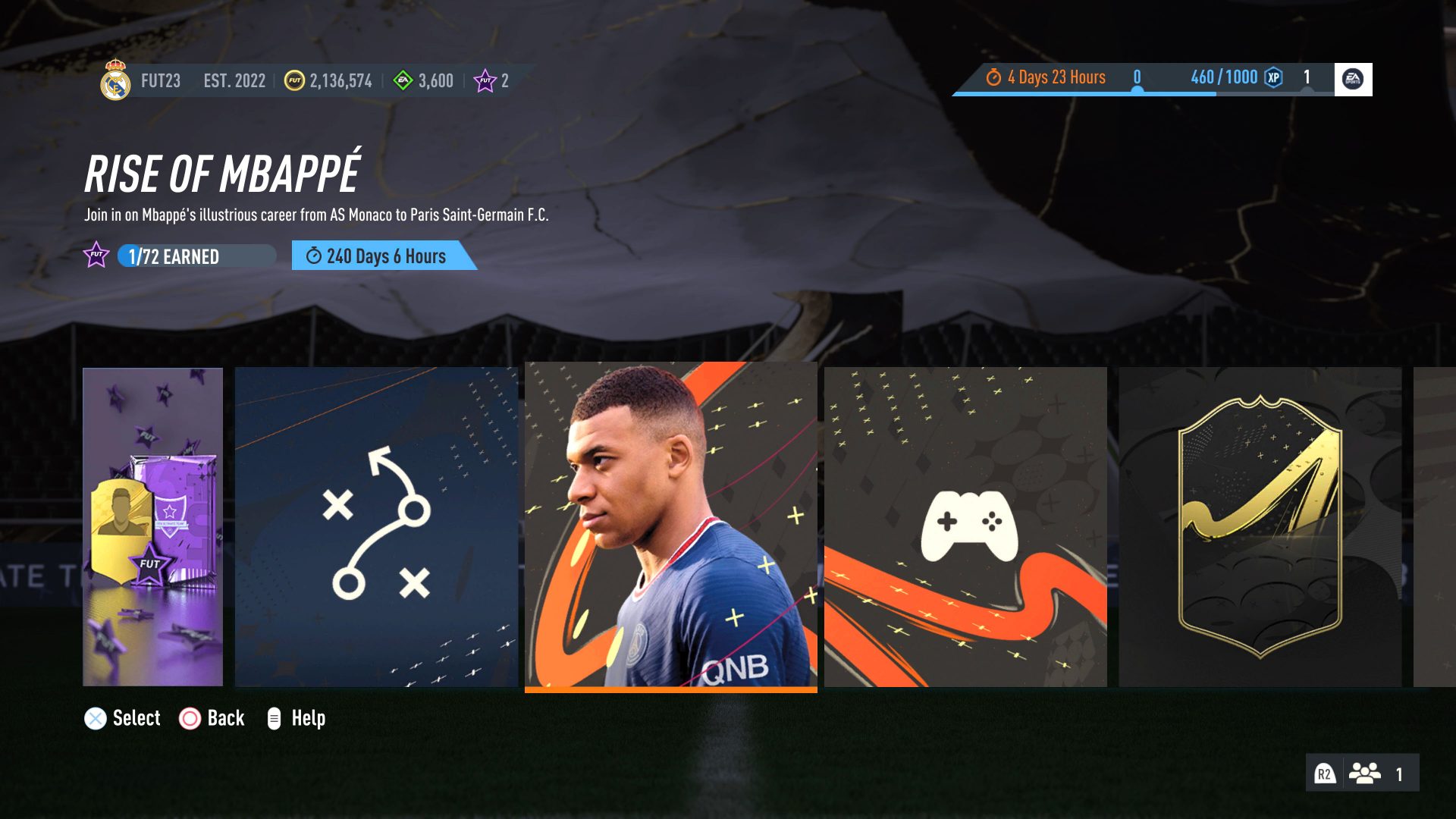 Still, it’s important to bump up that Chemistry, as players get a boost in their Attributes when they do get enough Chemistry. The most important thing is that players no longer obtain this through a link (for example, a right back linked with a central defender), but because they are simply in a team with each other. Do you put Marquinhos in the center back and Neymar on the left wing? Then that simply results in full Chemistry. They come from the same country, the same club and the same competition. Three criteria that count in the amount of Chemistry a player achieves by being in a team with peers.

As I mentioned before, this creates more creativity, especially because players can also have alternative positions. Someone like Kylian Mbappé can be posted not only in the striker, but also on the left winger. Many more players have such an alternative position, which means that you can really put together an ultimate team this year much more than ever before. 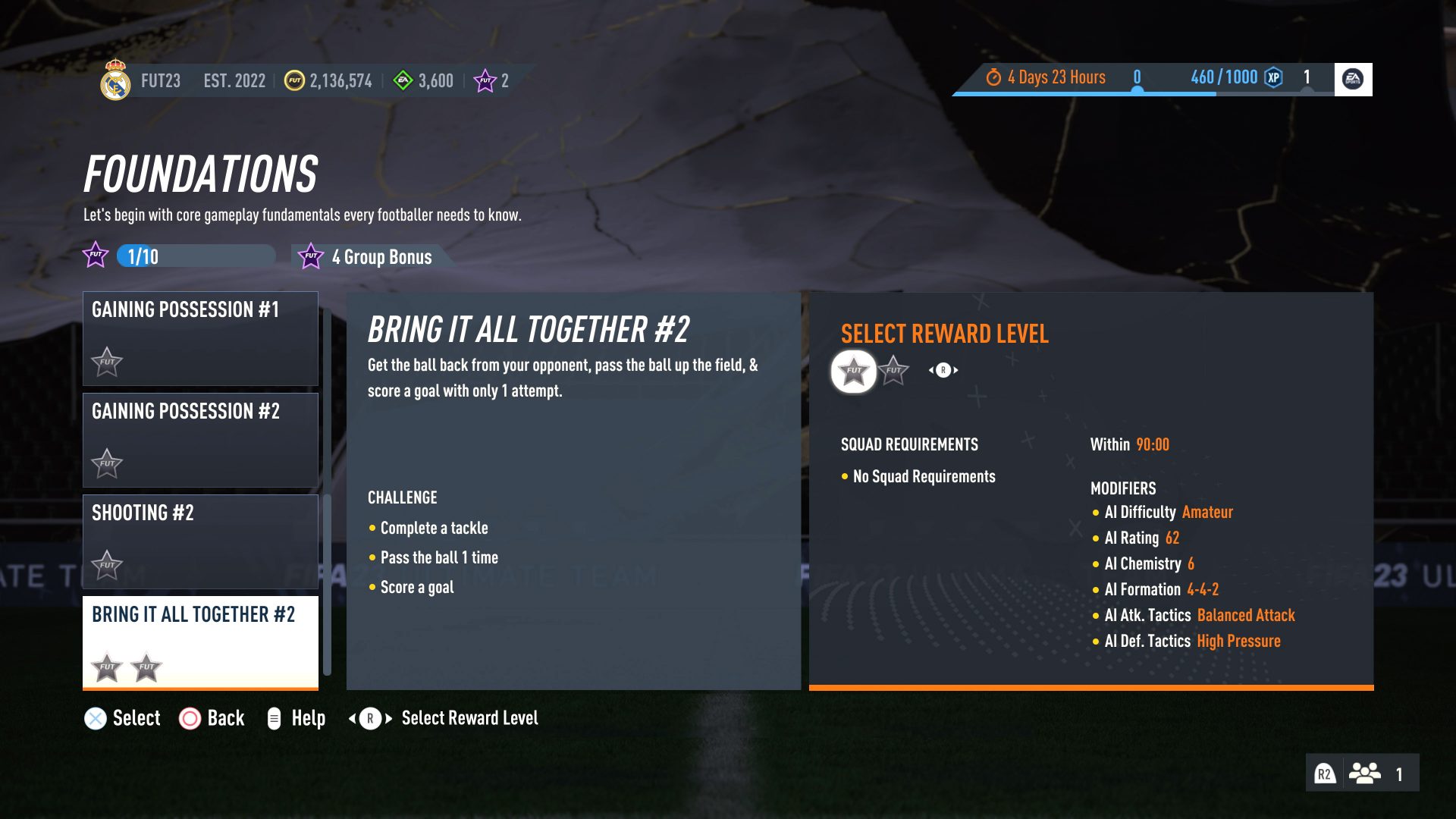 Another addition, in addition to the big bets on crossplay and a unified transfer market on Xbox and PlayStation, is FUT Moments. To be honest, the addition in terms of modes within FUT is rather disappointing to me. Division Rivals and FUT Champions are well put together, but they are hardly different from the previous edition. The only real addition is FUT Moments. With this you play real moments and then earn rewards. Like Squad Battles, it’s completely single-player and doesn’t feel like an add-on that FUT needs. It feels a bit like a grind to quickly ram through all the Moments because in the end you’re only playing for the rewards, when that shouldn’t be the main incentive.

The gameplay has been upgraded from FIFA 22. Shooting has been overhauled, as have standard situations, defending, goalkeepers, dribbling and passing in depth. One of the nicest risk/reward additions is Power Shots. This skill-based mechanic takes more time than executing a normal shot, but is a lot more powerful. So you can only use this if you give yourself more space through a nice dribbling movement or good positional play. Dribbling feels a lot more responsive with the addition of Technical Dribbling. Keep in mind that you are very dependent here on a fast monitor and a good internet connection. I also played the game on a television in a hotel, but this was a world of difference from playing on my own monitor.

The new standard situations take some getting used to and I don’t really understand why this change was made. It allows for more variety in taking free kicks and corners, but it seems like it was deliberately made more difficult than it actually needs to be. Corners and crosses are anyway more powerful than they should be. Especially with the new addition of shooting with the outside of the foot, something that in real football is only for the real ball virtuosos. This can be used with both crosses and attempts on target, but with both the chances of success are far too high for something that should require such a tricky execution. Now you press L2 and ram the ball towards the goal from outside the box, to see it regularly open into a golazo.

FIFA 23 finally seems to be the game where passing really matters and that’s good to see. Of course you can still make a difference with tricky skill moves to create an extra male, but thinking three or four steps ahead is even more important. This is mainly because more matches have been recorded in order to better register movements of entire teams how players have to move to be free. Also defensively, this ensures that holes are created in a defense less often, while a new way of sliding makes it possible to intervene harder. 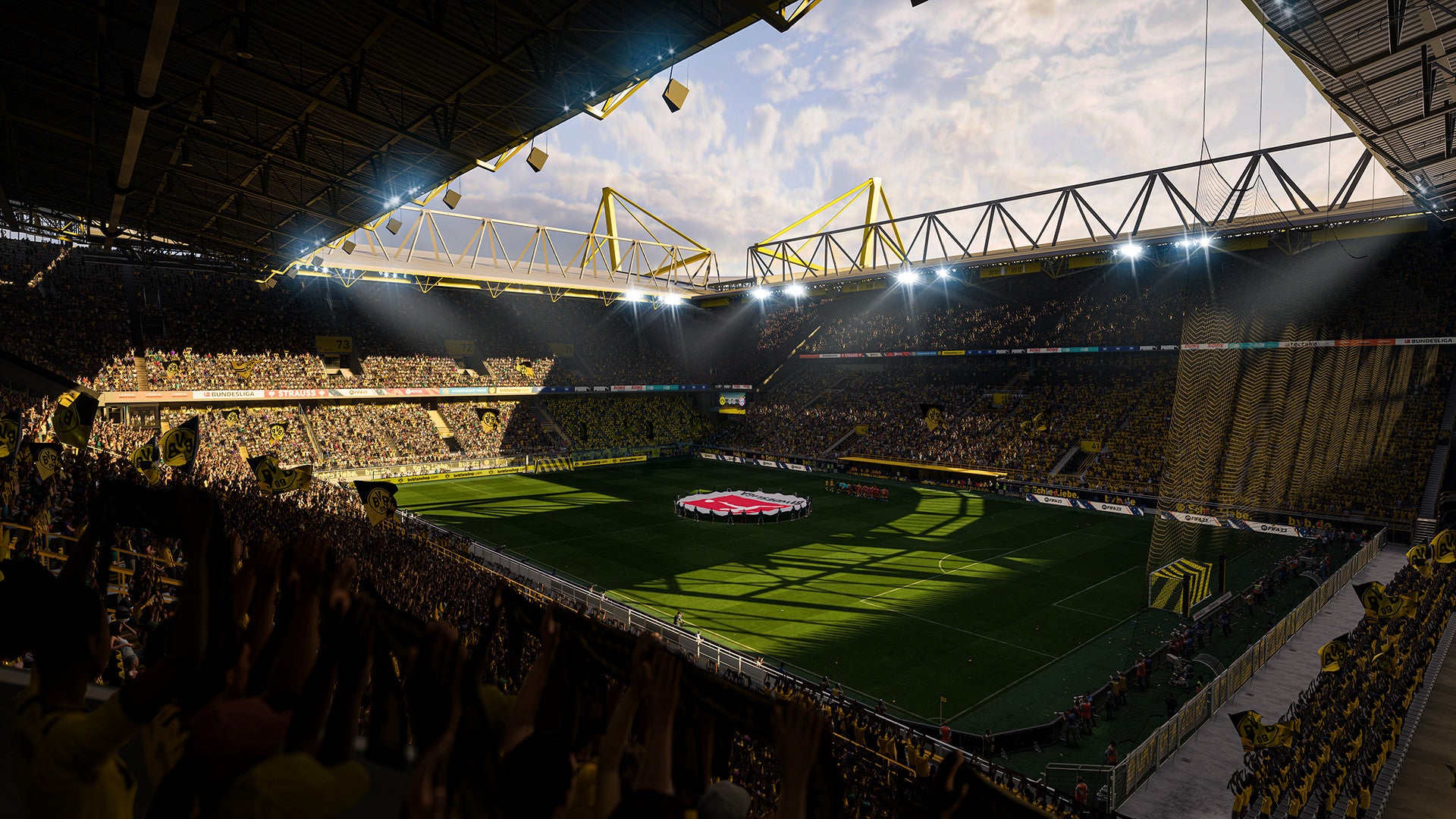 For the most important advances in gameplay, I think we have to go back to shooting. We just mentioned shots with the outside of the foot, which are a bit too powerful, but otherwise there is a clear improvement. You can see that the community has been listened to, which makes finishing within the penalty area a lot easier. When you’re in a good position to shoot, it often results in a goal and that feels very rewarding. The other side of the coin is that it often produces korfball results, but that actually only makes FIFA 23 a much more fun game.

Let’s talk a little bit about the innovations in Volta and Pro Clubs. Pro Clubs in particular has proved to be a huge hit with many players who have finished FIFA Ultimate Team in recent years and there is finally some sort of reward coming for it. The progression in Seasons is shared between the two modes so you can both use the rewards for your avatar. Because EA focuses more on customizing your character (tattoos are now also possible!), Volta and Pro Clubs are becoming more and more like MyCareer from NBA 2K and that is generally a positive development. It is hoped that EA can unleash even more creativity on this in the coming years, without the FIFA license. The developer himself says that the license ensures less creativity due to restrictions from the organization of FIFA.

On the other hand, the number of improvements in Career Mode is fairly limited, which is a shame. Every year Career Mode fans ask to make fashion more interesting with new additions and yet EA is only partially successful. This year all you have is a new Personality engine that allows players to develop their personality with points that can be earned through training drills, on-field achievements and new activities. Furthermore, the salary of players can be invested in upgrades. Furthermore, in FIFA 23 we see Playable Highlights that allow players to play certain moments from matches themselves when they choose to simulate a pot as a manager.

Finally, gamers can play with real licensed managers, such as Jürgen Klopp and Pep Guardiola. A funny addition, but does this really matter for the replay value of Career Mode? I do not think so.

FIFA 23 is a great improvement over FIFA 22. The gameplay feels incredibly fluid, especially due to the new way of passing and dribbling. In addition, good defense finally rewards, although his crosses are still too powerful. One of the downsides to EA’s latest football game is the moderate addition of new modes, which is the case even in FIFA Ultimate Team this year. FUT Moments alone is not enough for that. Paying to win is still too much of a problem here. Developer EA does everything it can to sell packages, although the game itself remains fun enough to play almost all year round.