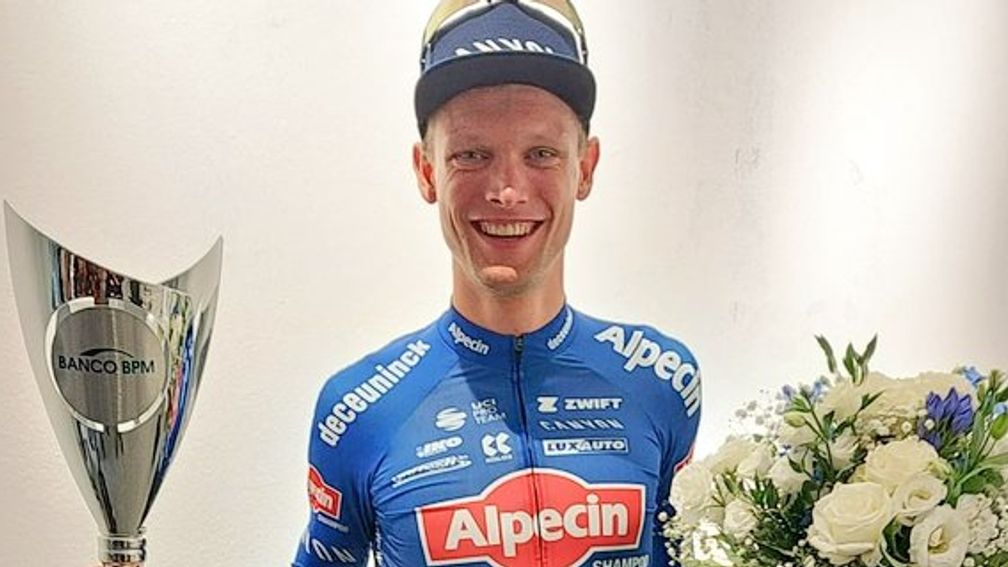 The Dutchman Sjoerd Bax has surprisingly won the 75th edition of the Coppa Agostoni. The 26-year-old rider from Alpecin-Deceuninck thus booked his first victory as a professional rider and trumped a leading group full of world top riders in the 193 kilometer long, hilly race.

At the beginning of the race, with start and finish in Lissone, four men got away. They took an eight minute lead, but when the hill zone presented itself, with thirteen climbs in total, the quartet’s lead quickly evaporated.

After a series of attacks, about a dozen men remained at the front, including big names like Alejandro Valverde, Simon Yates, Vincenzo Nibali, Rigoberto Urán, Enric Mas, Davide Formolo and Domenico Pozzovivo.

Bax surprised all the toppers in the sprint. The 42-year-old Valverde, who is in his last weeks as a cycling pro, came second, ahead of Italian Andrea Piccolo.

Bax, surprisingly second in the Dutch Championships behind Timo Roosen last year, could hardly contain it afterwards. “I also surprise myself with these names in the leading group. I know that I am fast, but I also had my teammate Stefano Oldani behind me. I was able to save my legs for the sprint,” said the rider from Uppel, near Gorinchem .