Developers at Facebook parent company Meta have managed to get artificial intelligence to create videos based on a short description. Make-A-Video technology should help people visualize ideas.

By our tech editors

In the Make-A-Video Program developers can type a short description that the video must meet. Artificial intelligence then searches databases of hundreds of thousands of photos and videos to put together a video that fits the description.

The images produced by the system are still obviously artificial. Images are not always sharp or proportions are not quite right. Nevertheless, the concept shows what is possible in the future with this technology.

Similar systems already exist for generating photos and images using artificial intelligence. In the beginning, pictures from these systems were of poor quality. Meanwhile, some systems are already so good that they are able to create images that are almost indistinguishable from the real thing. 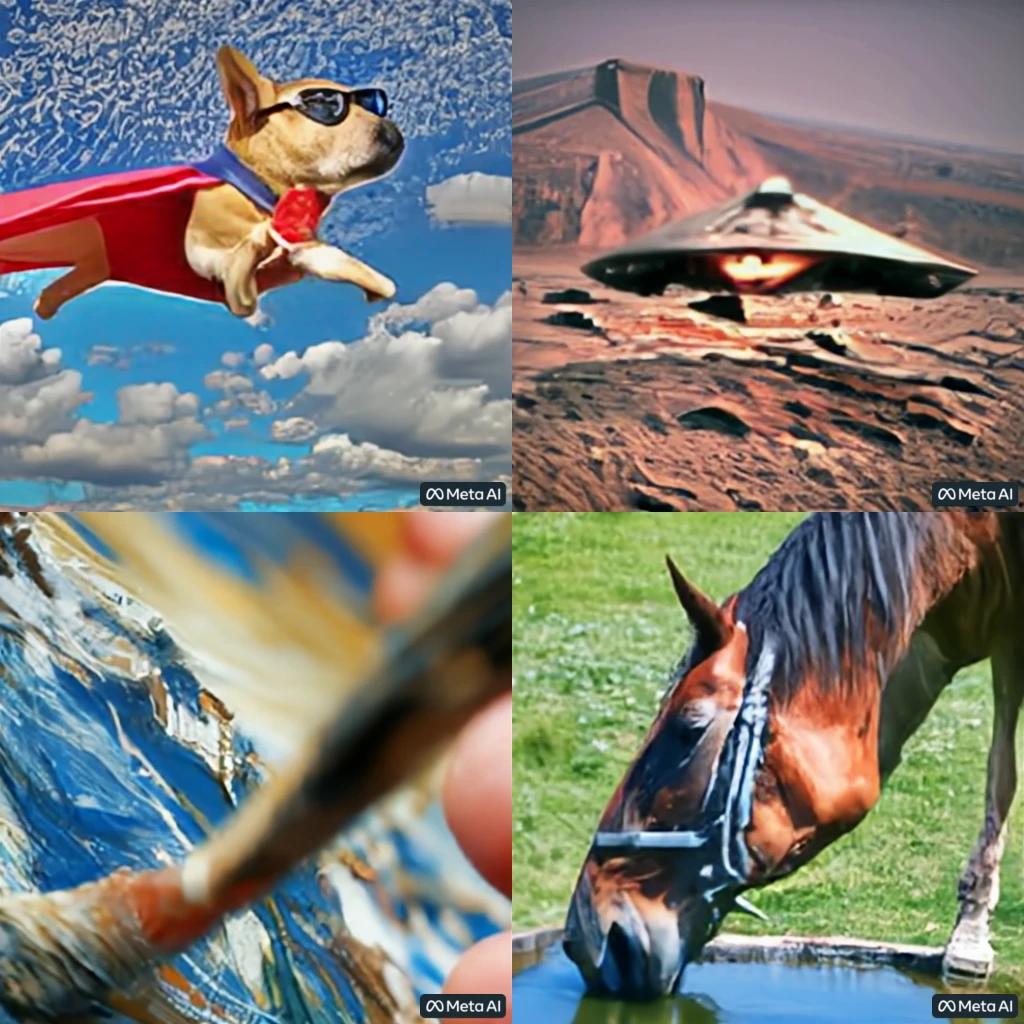 Videos created with Make-A-Video based on a short description. Photo: Meta

As soon as artificial intelligence is able to make realistic video images, so-called ‘deepfakes’ are lurking. These are videos that are indistinguishable from the real thing and that show something that never happened.

Meta has also discovered that Make-A-Video unintentionally discriminates. That’s because artificial intelligence has trained itself by analyzing hundreds of thousands of images and descriptions from the internet. Based on that, Make-A-Video, for example, will likely portray a terrorist as a person wearing a turban.